Here’s a fun fact about Married At First Sight to get you hyped for the new season, which premieres on Channel Nine in 2023: out of all the MAFS couples (not including “wife swaps” or people who got together after filming), only five remain together.

And even if we did include wife swaps, like Jessika Power and Dan Webb, and people who got together later, like Carly Bowyer and Troy Delmege or KC Osborne and Michael Goonan, that total is still five.

I’m no statistician, but I’m starting to think that our experts – John Aiken, Mel Schilling, Alessandra Rampolla, and former experts, Sabina Read and Trisha Stratford – are shit at matchmaking.

Still, I guess we can celebrate the FIVE MAFS couples who have somehow managed to survive in the real world. 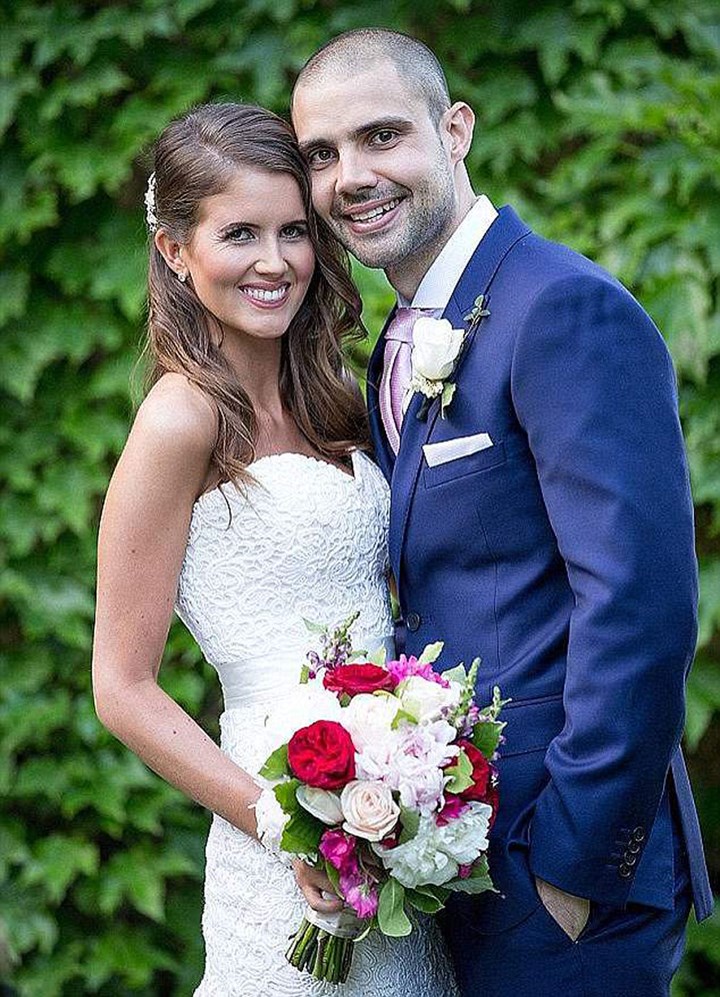 You are straight-up lying if you say you can remember season two of Married At First Sight, which aired in 2016. You can’t. Sorry.

But there was one success story from that season: Erin Bateman and Bryce Mohr. They celebrated a whopping seven years together in November 2022. They happily live together in Melbourne and rarely post, a novel concept.

“The Bryce I got the day that I met him is the Bryce I have today,” Erin told fellow MAFS alum Bella Frizza on Bella’s podcast The D&M in 2018. “He hasn’t changed at all. He is exactly who he is, and I’d like to think he feels the same about me.” 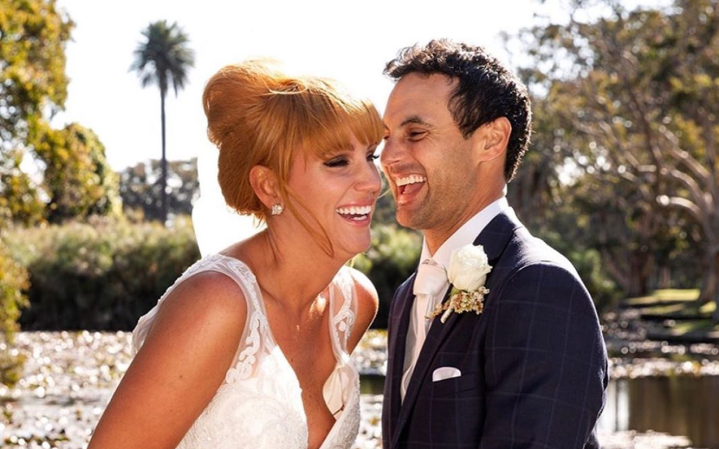 Season six stars Jules Robinson and Cam Merchant are the poster couple for the Married At First Sight franchise. Cam proposed at the end of the 2019 season during the final vows, before they got married FOR REAL in November 2019, with the ceremony airing on A Current Affair. Their MAFS baby, little Oliver, was born a few years back.

“I feel a lot of people were really invested in our relationship,” Jules told Stellar in early 2020. “People still message me to this day and say we gave them hope that they will find their ‘one’. That’s so heartwarming and is why, obviously, we did our wedding on TV.”

Cam and Jules are rumoured to be so famous and busy with bubba, they couldn’t make the MAFS reunion (they apparently wanted $50K), and TBH, we’re happy for them. Know your worth. Post your happy couple pics to the ‘gram.

Just recently Jules posted a very cute pic of her and Cam all dolled up and headed to a “roaring ’20s” party in Melbourne. The couple still look deeply loved up — we love to see it. 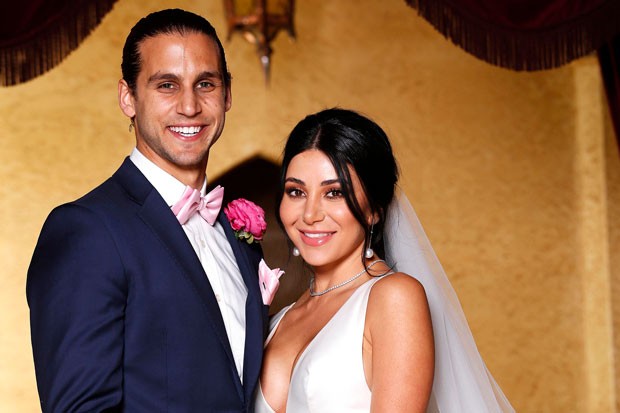 Martha Kalifatidis and Michael Brunelli, also from season six, are happily coupled up too, having announced their engagement in 2021. They also announced Martha’s pregnancy in September 2022.

While they used to live together in Melbourne, they moved up to Sydney in February 2020.

Martha once told Now To Love that people are drawn to their authenticity as a couple. “It’s not different from what is going on in everyone else’s apartments. We fight about the same dumb things that other couples fight about. We’re not special.”

While they did share text messages that seemed to hint at a breakup, it was quickly revealed it was just a stunt to promote their endorsement deal with telco Circles Life Australia. Then, when Martha was announced for Celebrity Apprentice and copped the scorn of trolls online, Michael jumped to her defence, calling them bullies and the “the saddest, lowest form of humans in Australia”.

Sadly, during the early weeks of Martha’s pregnancy, she suffered from hyperemesis gravidarum (HG) which is basically extremely severe morning sickness. Poor love! Their bub is due in February 2023, and hopefully we get some cute baby pics when they arrive. 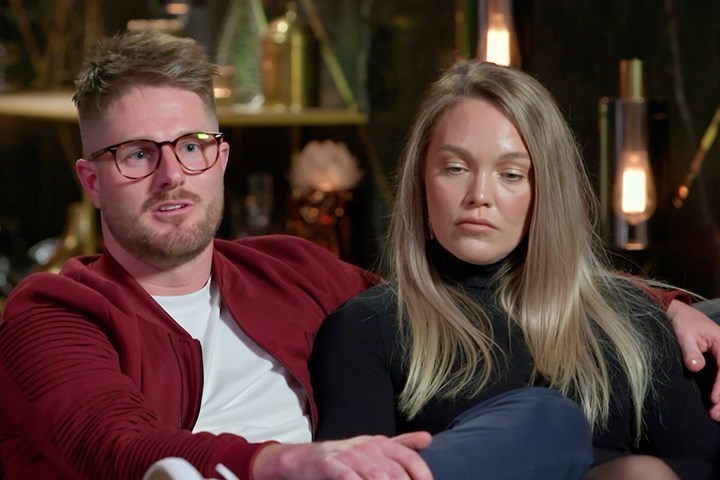 Ah, Bryce Ruthven and Melissa Rawson. The MAFS couple that everyone loves to hate.

Well, love ’em or hate ’em, they’re still going strong, so it looks like the MAFS experiment worked there!

The pair are engaged and also welcomed two twin bubbas. Melissa has been keeping her followers up to date with her wedding prep, posting a cheeky wedding dress try-on vid in November 2022. 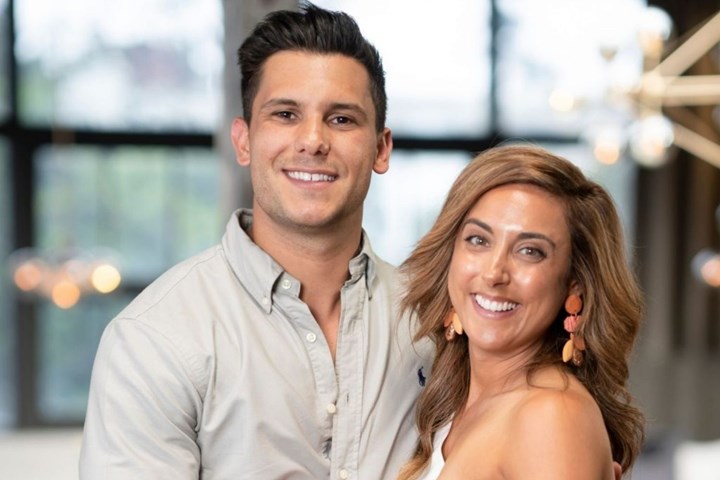 Another success story from MAFS season eight, Kerry Knight and Johnny Balbuziente are still loved-up and enjoying each other’s company, as you will have seen from their cute Insta snaps. In July 2022, the couple revealed they are engaged and getting married for real!

So it is possible to find lasting love on MAFS. Maybe it’s not as likely as on say, The Bachelor, but it’s more than nothing?

Let’s hope the experts do a better job for Season 10!

Honestly, it’s too soon to tell who gets with who, but stay tuned. Season 9 produced exactly zero couples after Jackon Lonie and Olivia Frazer called it quits.