The Bachelor Australia franchise has brought us a whole bunch of seedy characters, and one of the absolute seediest has to be old mate Ciarran Stott.

After winning the hearts of Bachie fans during his stint on Angie Kent‘s season of The Bachelorette, Ciarran suffered a massive fall from grace by acting like an absolute turkey on Bachelor In Paradise.

His fuck boy antics were so toxic, in fact, that Ten ended up pulling the plug on Bachelor In Paradise shortly after his season wrapped. Now, I’m not saying that it was because of his behaviour that the show was put on pause, but the timing of it all was certainly… interesting.

As Ciarran became shrouded in controversy, he kinda faded into obscurity, changing his hair multiple times and generally laying low, until the So Dramatic! podcast revealed that he’s now trying his luck with an international Bachie franchise to see how he’d fare over there.

Welp, not great apparently, ‘cos according to the latest ep of the poddy, he’s been received about as well in Sweden as he did in Australia.

Yep, Ciarran Stott is a contestant on the latest season of The Bachelorette Sweden.

Not only that, but he arrives as an intruder on a quad bike, saying that the other contestants should definitely be “threatened” by him because he’s Aussie with an English accent (???).

Speaking of which (literally), for some reason he speaks English while the other contestants speak Swedish. So I have no idea how that works, but pls enjoy his bonkers introduction below:

According to a spy who spoke to So Dramatic!, Ciarran has brought his fuck boy antics to Sweden and has been dating up a storm during his time on The Bachelorette.

Apparently he’s been spotted with several other Swedish Bachie stars during his time on the show, including former star Armina Moradi.

“She came third on her season,” the spy shared. “Then he flirted with two of the women that were sent home in the final three of the Swedish Bachelor.”

The women talked about him later hooking up with one of them in a tell-all. During said tell-all, when asked what happened between her and Ciarran at the hotel, she responded: “I guess that is up to your imagination.”

In an episode called The Girls Reveal Everything, Armina revealed: “He came to us when we were sunbathing. He swam past us many times. Obviously, he was interested. We had a nice evening.” 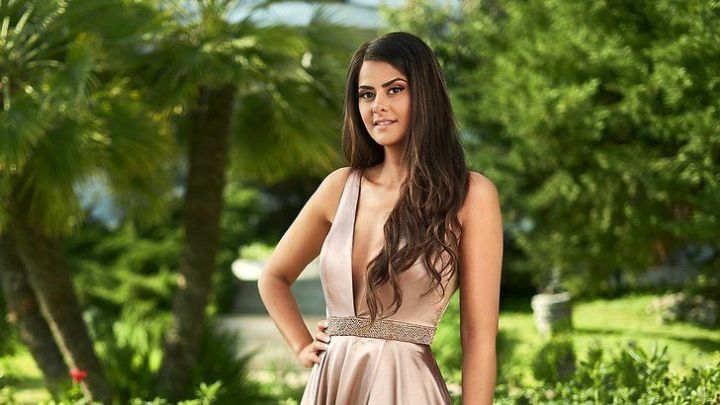 Speaking to So Dramatic!, Ciarran defended his actions and revealed what really happened.

“I met two of the contestants from The Bachelor [Sweden] that were filming whilst I was in the hotel,” he revealed. “Then we went out for dinner and drinks.”

READ MORE
Ciarran Stott Says He’s Committed To Maturing After Watching Himself On Paradise & Sure, OK

According to Ciarran, The Bachelor and The Bachelorette were filmed within 10 days of each other in the same location, hence the overlap of contestants.

“They put me in a hotel with all the girls who weren’t receiving roses from The Bachelor,” he said.

“They saw me on the beach and recognised me as they watch the Australian series in Sweden and they then approached me and asked if I wanted to join them for dinner and drinks.”

Warning to the Swedish Bachie producers: ya may wanna avoid casting him on Bachelor In Paradise. It’s too late for us, but save yourselves!!!!