It was the morning after our staff Christmas party that I got on the horn to Louis Tomlinson.

While the entire office was munching on bacon and egg rolls and chugging coffee to revive themselves, I was in the studio, eagerly awaiting a call from the UK to chat to my favourite member of One Direction (yep, you read that correctly).

You see, unlike most folks who occasionally whack on ‘What Makes You Beautiful’ during road trip karaoke or follow Harry Styles on Instagram to stay up to date with his dazzling wardrobe, I have been a true 1D stan since day dot: X Factor.

As soon as the band was pieced together, punters began choosing their faves, most of them picking Harry and don’t get me wrong, he’s an absolute lord (I’ve literally travelled to another country to see Harry live, I’ve had his album(s) on repeat since their release and I have tons of his merch), but I was instantly enchanted by the quiet, brooding, eldest member of the band and as their popularity skyrocketed, so, too, did my love for Louis.

I guess it’s a combination of his sleek style, his dreamy eyes plus the fact that he’s sassy (his public feuds have rightfully earned him the name ‘Sass Master of Doncaster’) and also has a ‘yuge heart and loves his fans unconditionally.

So naturally when the band went on hiatus, I followed Louis’ career like a hawk and, my fellow Louis stans, our time has finally come ‘coz 2020 is going to be THE year of Louis Tomlinson.

Let me repeat that louder for the people in the back:

2020 is going to be THE year of Louis Tomlinson.

The excitement in his voice is palpable as he discusses his debut studio album Walls which drops on January 31, 2020.

“I’m quite big on lyrics, it’s important for me to be honest and real and, at times, vulnerable,” he says of the album.

“My fans already know a lot about me but hopefully I can bring them an album that shows them another side.”

This ~other side~ includes personal yarns and tales from Louis’ life as he explains that he draws inspiration “from my life events.” 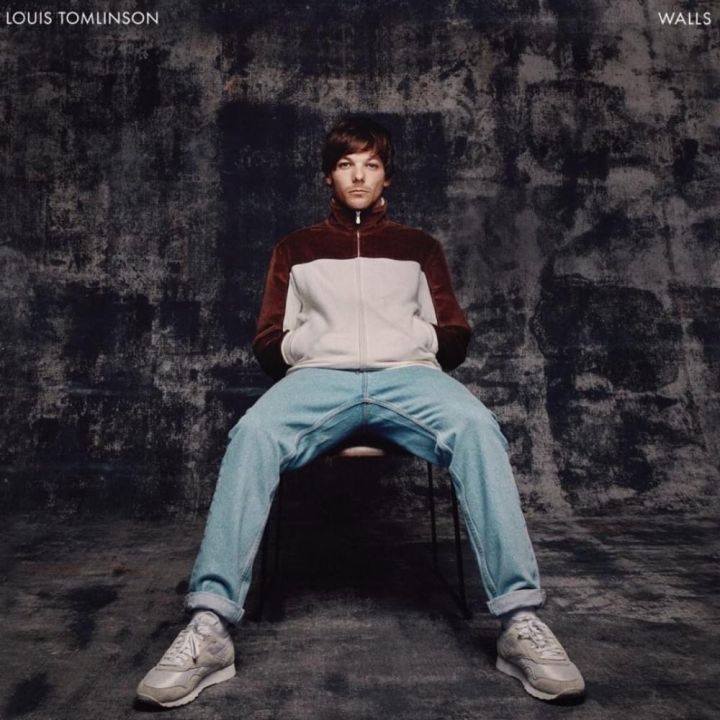 “There were times in the past where I tried to write in a fictional sense, and there are a couple of songs on the album like that, but mostly I find it easier to write autobiographically.”

He adds, “Things happen to you and sometimes it might seem mundane but it makes you feel a certain way and it’s worth writing about.”

If you haven’t already listened to his latest singles, first of all what the heck is wrong with you? Second of all, go give them a listen and you’ll know exactly what he means by writing autobiographically.

He says his newest single ‘Don’t Let It Break Your Heart’ is “something that I’m definitely really proud of.”

“It’s a song trying to invoke hope, it’s about seeing the glass as half full as opposed to half empty and no matter what life throws at you, don’t let it break your heart.”

I then point out that he has a lot of positive, inspirational, anthemic bops under his belt and I ask if this is intentional.

“I think so,” he responds. “You always want to write lyrics that are relatable and inspiring, and I think songs like the song I did with Steve [Aoki] ‘Just Hold On’, it’s got the same kind of vibe of hope. I think it’s a pretty cool topic.”

He then talks me through my personal favourite, ‘We Made It.’

“It’s kind of about two things because we started out with just the title and what it meant to me in that moment was me picturing our first show of the tour and all the hard work it took me to get there and with the fans, it’s a collective, we made it here together, and that’s how the song started out,” he says.

“And then in the verse you have to add a bit more of a story so we’re talking about me going to visit my girlfriend at the university halls while I was on tour with the boys, so I was going off that dynamic.”

Directioners will be happy to know that Louis doesn’t shy away from name-dropping his bandmates and when I ask him to talk me through the best moments from the past decade, he literally lists three 1D-centric mems. 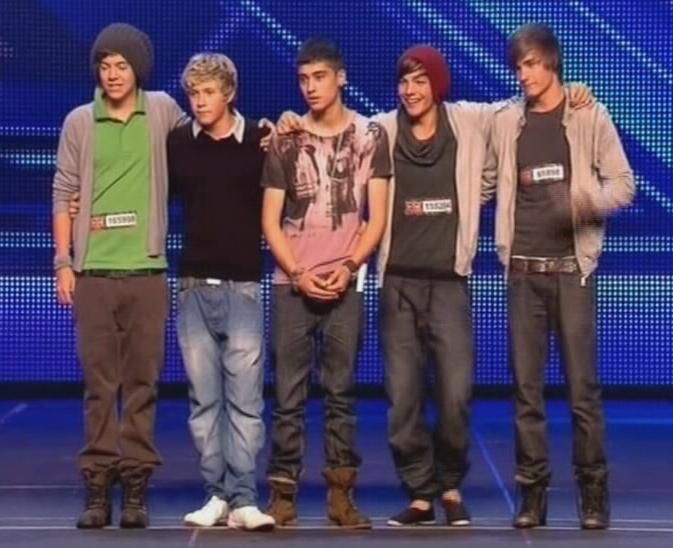 “When we first got put together as a band, that was a magical moment,” he says.

“We didn’t know each other that well and we went through that whole journey together, so that was pretty special.” 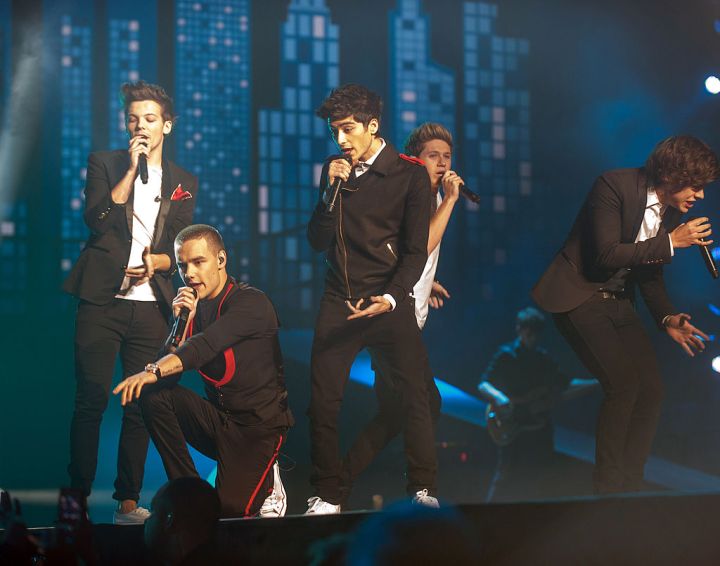 “When we played Madison Square Gardens in New York, that was a pretty memorable one. All of our families came down to watch.” 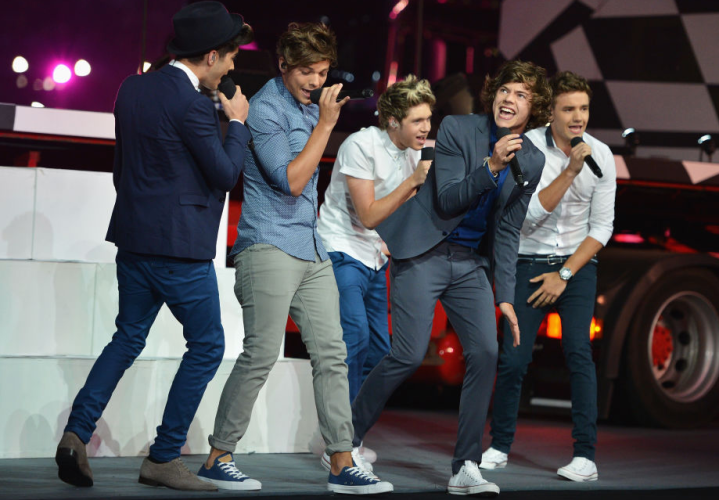 And finally, “We were lucky enough to play at the Olympics which was definitely one of the proudest moments I’ve ever had, definitely.”

Speaking of performing with 1D, Louis’ forthcoming trip to Australia will be his first without his bandmates and he is, as he put it, “proper excited to come back.”

“The gigs [in Oz] are always incredible and also for any Brit, it’s the ultimate dream to travel to Australia.”

But punters who have been lucky enough to see a One Direction show in their lifetime should expect a very, very different vibe from Tomlinson now that he’s flying solo (~obviously~).

“It’s not going to be a massive production with any gimmicks, it’s just going to be pretty straightforward. Just a good live show focusing on music and hopefully we’ll have a good night.” 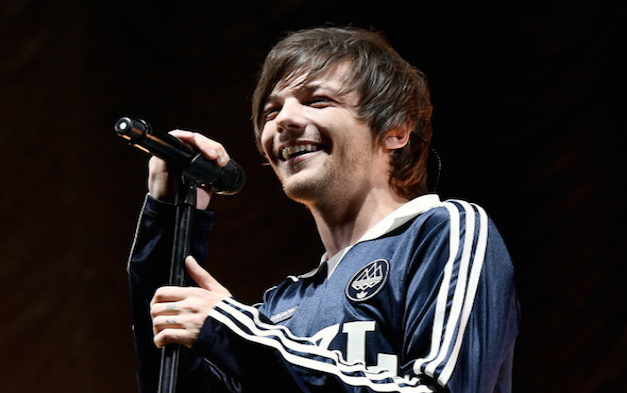 Going from touring with his besties to being on the road by himself (and the backing band, of course) is bound to be a huge adjustment that Louis plans on easing into.

“I like creating normality [on the road], I just like to be sat with mates chatting, listening to music and then head out onto stage.”

He also gave me this lil tidbit about his travelling style, which should come as no surprise to the die-hards.

“I’m notoriously a really bad packer, I always leave with not enough clothes and not enough things that I need.”

But while he’s often short a pair of sneakers or a sweater or two, he always makes sure to pack the essentials.

“I like to take tea bags with me on tour. You can’t get a good cup of tea everywhere so it’s important to travel with your own.”

Which prompts me to ask about his thoughts on our tea Down Under.

So now that we’ve discussed what 2020 will look like for him (including starting his sophomore album in the second half of the year!), along with his highlights from the last decade, I’m eager to know what his plans are for the next decade.

Brace yourselves for the response…

“Fucking hell, I’m not that good at thinking far ahead,” he immediately quips. Legit, there’s nothing I love more than when celebs drop an F word in an interview. It shows that they’re not doing the super-polished, media-trained thing and they’re happy just being themselves.

Frankly, if Louis didn’t swear in the interview, I would’ve been convinced that he’d been abducted by aliens and replaced with a cyborg. But you’ll be happy to know that in our nine-minute convo, he swore a grand total of three times which is a great score, IMO.

But anyway, back to the question at hand. 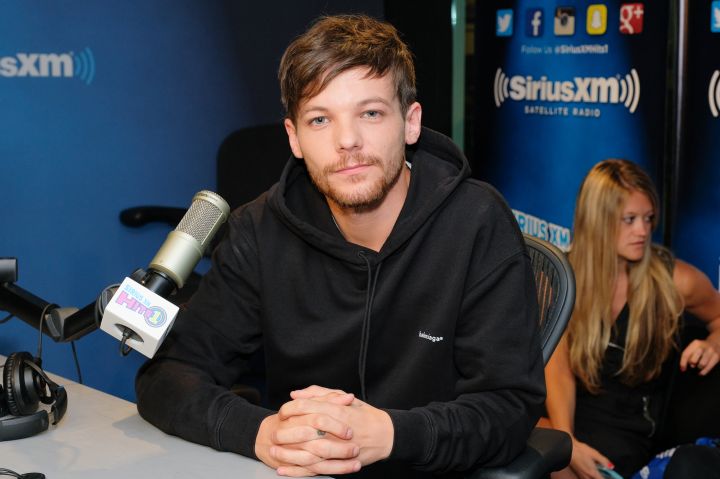 We wrap up our good old chinwag with a message to his fans, particularly the Aussies who he’ll finally be treating to his angel voice when he plays the Big Top in Sydney and the Palais Theatre in Melbourne in April.

“Massive thank you for your patience and your support. I’m so excited to release the album. I’m as excited, if not more, to come and see everyone on tour so thanks for your love and I’ll see you on tour.”