Timm Hanly Admits To Coaching Frazer Neate, But Only As Far As ‘Staying Away From Journos’

Timm Hanly has hopped onto Instagram to confess that he did in fact coach Frazer Neate before and after The Bachelorette, despite publicly denying the rumours in the past, and has decided to enter an online feud with So Dramatic! podcast host Megan Pustetto.

Last week it was revealed on the So Dramatic! podcast that Timm Hanly allegedly gave Frazer ‘tips’ on how to make it to the top two. The tea came from podcast guest Shyanne Mirabelli, who claimed to have been dating Frazer for months before he went onto the show.

Now it seems those allegations were completely factual, after an admittance from Timm himself via Instagram, which was also paired with a sweeping statement made against both the So Dramatic! podcast and other journalists who ‘use him’ for clicks.

“I’ve got a confession…” he wrote on an Instagram story.

“I did coach Frazer Neate. Coached him how to deal with bullies and social media trolls and to stay away from journos who are going to use him for clicks to benefit them.

“If you can warn someone of obstacles on a path you have already walked, why wouldn’t [you help] a brother out like anyone would? I will continue to coach where I can with people going through the crazy ride.”

You can read the full story right here. 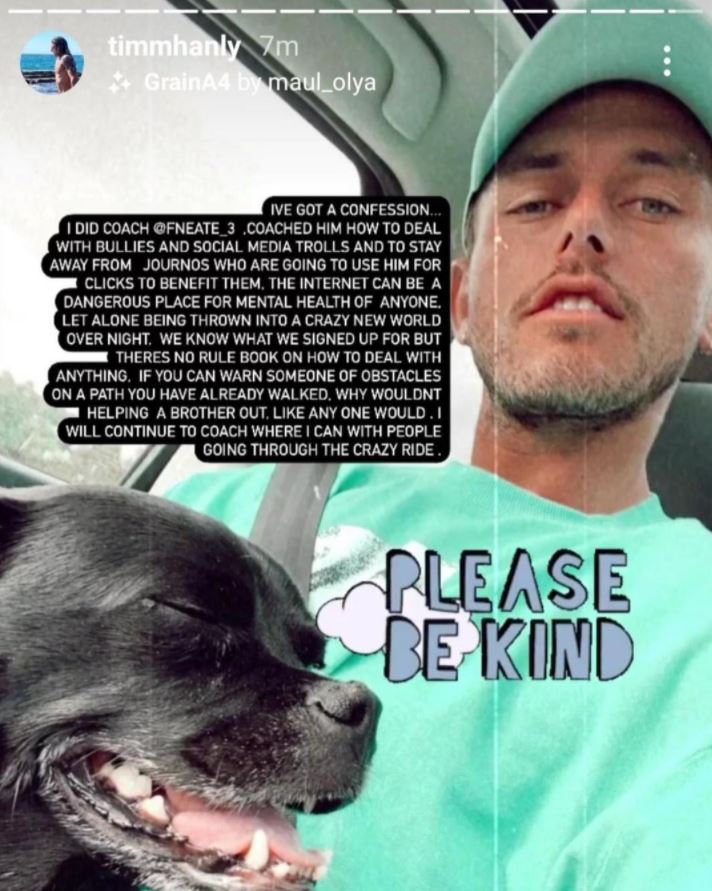 Once the news came out that Timm had been ‘coaching’ other people to help them boost their careers post-show, Angie Kent was not too pleased, and voiced her dissatisfaction via a lengthy Insta comment.

“It’s been over a year to still have to read rumours and see this dross. I had nothing but love for homeboy. If this is the truth why does he have to feel the need to keep bringing up our experiences and full know this would hurt anyone’s feelings,” she wrote.

It should be noted that we (obviously) love to cover Bachie drama and tea, but only ever cover the goss when shit quite literally hits the fan.

“Imagine being a journo in one of the craziest years our planet has ever seen and you talking about a reality tv show from a year ago,” he wrote. 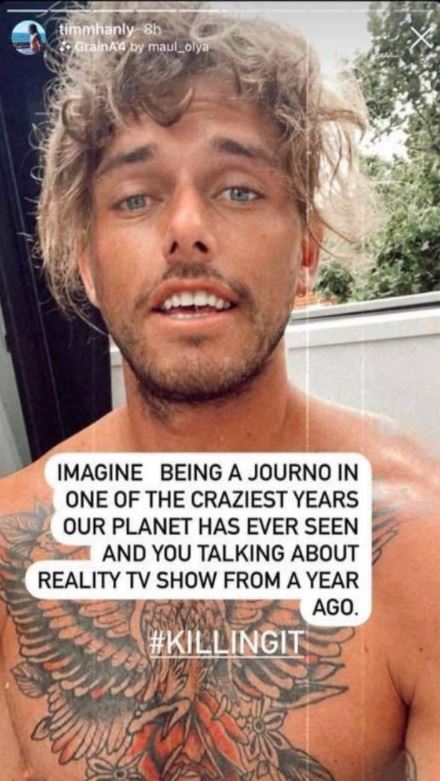 Pustetto quickly defended herself against the comments, which may or may not have been aimed at her and the podcast, which Timm has allegedly not been a fan of in the past, and apparently told Frazer to block.

You can have a read of her clapback right here, which is full of tea. 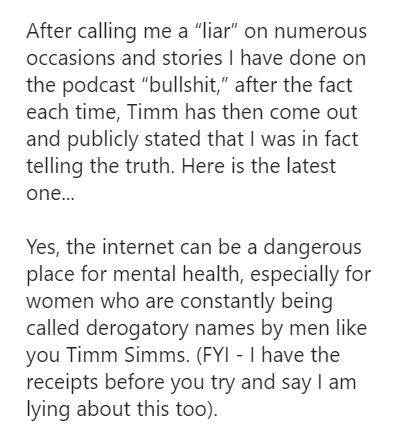 Who knows what will happen next in this wild post-Bachelorette tea party. Either way, you better believe we’ll be on it.