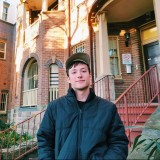 Michael Di Iorio is a News Writer with PEDESTRIAN.TV, and has been spinning wondrous yarns for the company since mid-2020. Previously, he served as Editor-In-Chief of The Brag Magazine for five print editions, and has had work featured in Tone Deaf, The Industry Observer, Don't Bore Us and The Brag online. He was also the editor of UTS' 2018 edition of Queer Vertigo.

Michael has been writing professionally since 2018, and his work revolves around a number of key beats, including LGBTQ+ issues, meme culture, and in-depth coverage of scandals involving online personalities.

If there's big, juicy brouhaha going down somewhere online, Michael is already across it, and will find a way to reference his Nonna or his love of Tom Holland in the yarn. But never at the same time. Because that would be weird.

You can reach out to Michael via any of the channels below.

#NotAnAd: 100+ Aussie Influencers Are Getting A Hot & Sexy ACCC Investigation For Breaking Rules

Andrew Tate Has Penned A Prison Poem (???) About Inhumane Conditions & His Cockroach Friends

6 Underrated Things To Do In Tokyo If You Need That Extra Push To Go, From Someone Who Just Went

‘Reminds Me Of The Room From Saw’: Another Syd Rental Is Getting Roasted & This One’s A Doozy

There It Is: Michael Clarke & Jade Yarbrough Both Cop Fines For Their Very Public Noosa Tiff