20-year-old Han (Hannah) Hughes has taken to Instagram to clarify her side of the story in the Jackson Lonie and Olivia Frazer drama. She also took a moment to clap back at Olivia’s claims that she “took advantage” of her husband. It’s maximum spice and ultimate chaos, but what did you expect from MAFS Season 9’s only “successful” couple?

Wild fkn stuff, let me tell you. The show is over friends, we can stop the drama now.

“I haven’t seen the video but my family and friends (who are very mad at Jackson) have all told me it’s obvious she took advantage of how drunk he was,” Olivia allegedly wrote in an Instagram DM obtained by So Dramatic!

“I knew he was blind drunk as the police brought [him] home to me very shortly after this as he couldn’t even speak.”

READ MORE
The MAFS Drama Continues: Jackson & Olivia's Publicist Has Now Weighed In On The Kiss™

Naturally, Han heard what Olivia wrote about her after So Dramatic! host Megan Pustetto read the messages out in a recent podcast.

“I need to make a quick statement. I’ve just listened to the So Dramatic! podcast,” said Han in an Instagram story.

“Olivia stated that I’ve ‘taken advantage’ of Jackson where people actually know that we were both intoxicated and if she watches the video she would know that he was just as into it as I was.

“She can’t make these assumptions when she hasn’t seen the video. So maybe she should get onto the video to see her husband was just as into that kiss as I clearly was.”

Talk shit, get told your husband was into it. Ouch.

Hughes also took to TikTok to drop some spicy content in the wake of the kiss. Call this season of Married At First Sight Twinings because it has truly produced the tea.

JacksonGate2022 has no end in sight, it seems.

The first vid (which at the time of writing has over 11M views) shows Han green-screening So Dramatic’s article about the incident.

The visuals are complemented by the iconic “is this fucking play about us?” sound from *that* scene in Euphoria.

As you might expect, the comments section is appropriately spicy with MAFS fans not holding back their true thoughts on the sitch.

The top comment quotes Olivia Frazer, with the fan writing “as far as empathy goes.. I just don’t have it”. What a cruel way to come full circle. 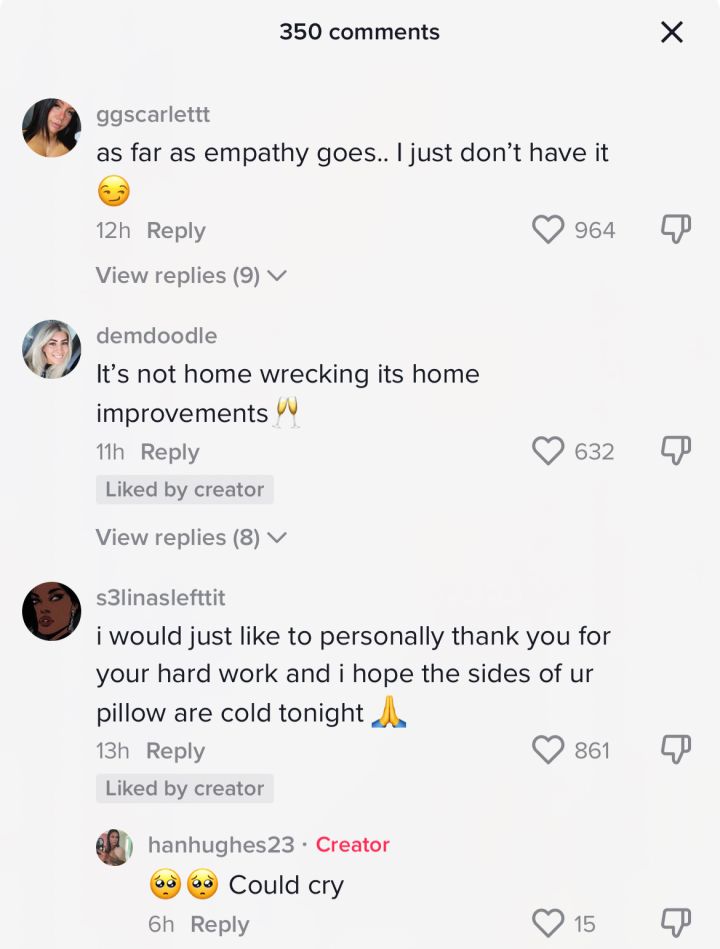 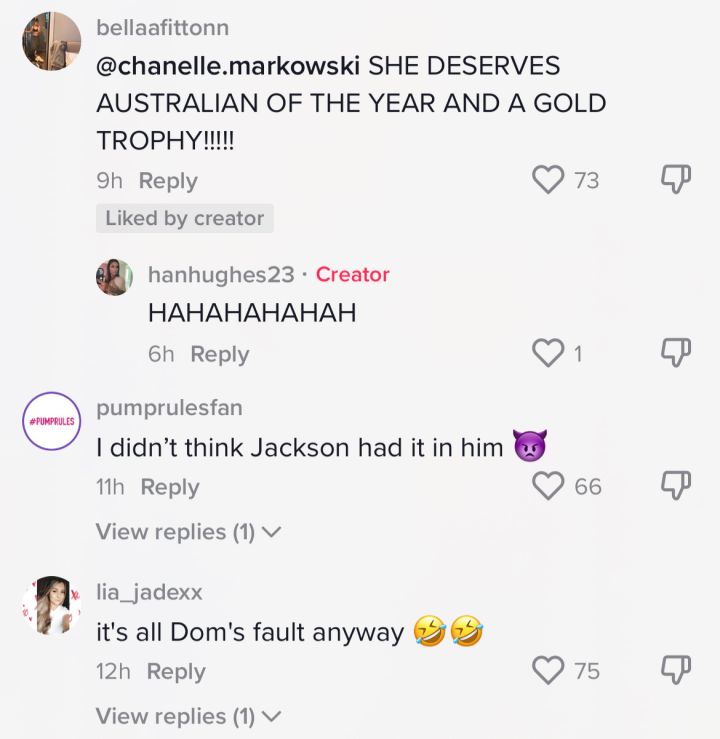 The next vid which has notched up about 9M views and features drag queen Scarlet Envy‘s classic “Is it me? Am I the drama?” soundbite from season 11 of RuPaul’s Drag Race.

The comments section on this one is similarly spicy with MAFS fans leaving nothing in the drama tank.

The top comment reads, “on behalf of Australia. We salute you.” 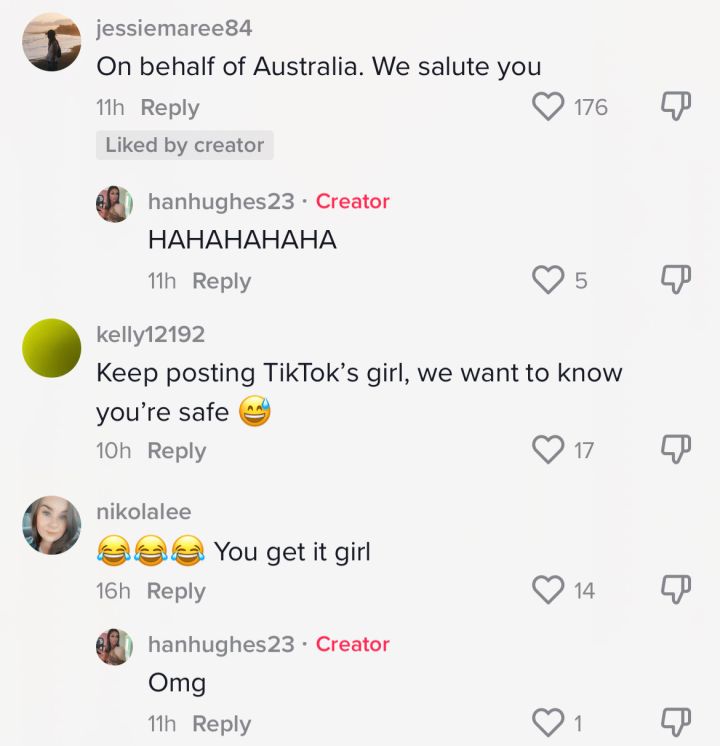 In addition to uploading content on her own social media channels, Han also spoke to The Wash about the Jackson sitch.

She described the kiss as “innocent” and a “2-way street”.

One more cryptic detail is this pic Han uploaded before heading out on Friday night captioned “time to die”. Eek!

Dom labelled the kiss a “publicity stunt” and likened Jackson and Olivia’s manager Max Markson to Kris Jenner for their skill in driving the hype train.

You can read our full debrief here.

Earlier in May, Jackson and Olivia (who now has an OnlyFans account) fronted up to the Where’s Your Head At? podcast and dished out no less than 14 bombshells.

In April, fans also discovered Jackson’s Hinge dating profile however the MAFS participant denied he was active on it at the time. We’re not contesting this. It’s just bonus Jackson-related content.

Honestly, what is real anymore?