The safety paddles at Melbourne’s infamous Montague Street Bridge have been flat-out ignored once again by some dumbass motorist keen on seeing what happens when you run a tall car through the vehicular equivalent of a can opener.

The mighty, fearsome, notoriously VERY FUCKING LOW bridge claimed yet another victim earlier this morning, a campervan, that attempted to bash its way through the steel girders of the bridge with its roof and came off second-best.

This, of course, despite the two-pronged safety gantries that were installed on either side of the bridge, that give both a visual and audible warning that that shit you drive is about to lose its head.

How does this keep happening, for the love of god? Is it some sort of siren song, dragging in wayward vehicles with its hauntingly alluring melody? Is it an-going competition where the person who finally knocks the bridge over gets a trophy? Do people literally not understand that the bridge is so low that any person of slightly above average height could jump and touch its ceiling?

Ban the bridge, IMO. The gantries clearly aren’t enough. The next time someone rams into it, wall the shattered vehicle up inside the bridge as a warning to all. 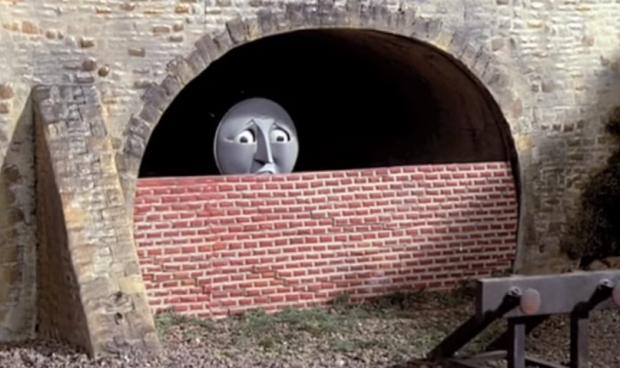 It bloody well worked for the Isle of Sodor, and it’ll work for South Melbourne.