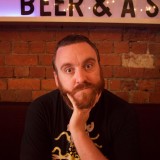 Cam Tyeson is Head of Editorial Operations with Pedestrian Group. Previously, he served as Managing Editor at PEDESTRIAN.TV, and was a staff writer with Pedestrian for over 8 years. His work has also been featured across Gizmodo Australia and Kotaku Australia. He has previously appeared on ABC Radio National, the HIT Network, and has had work spotlighted on 'Shaun Micallef’s Mad As Hell.'

Cam is widely known for his coverage of both 'MasterChef Australia' and 'Australian Survivor.' His writing also covers a broad range of topics from Australian political and media opinion writing, to sport, gaming, and entertainment reporting. He is Australia's foremost authority on incidents at Melbourne's famed Montague Street Bridge.

You can reach out to Cam via any of the channels below.

It’s Time For A Big Bedroom Upgrade Bc Koala’s Throwing Its Thiccest, Juiciest Sale Ever RN

Welp, Clive Palmer Has Reportedly Been Rushed To Hospital With ‘COVID-Like’ Symptoms

47 Times Tim Smith Called For A Rival To Resign Over Shit Way Less Serious Than Blowing .131

How The Block, A Dumb Show About Nails, Suddenly Became The Spiciest Thing On TV: A PTV Recap