Well goddamn, that didn’t take long to start whipping ass. Australian Survivor returned for its 2022 season premiere last night, launching the much vaunted Blood v Water theme in the AU version for the first time. And so too came the long awaited return of me hooting on the couch like punctured bagpipe. That is to say: Shit got good real, real, real fast.

The Blood vs Water theme – run twice in the US and beloved as a concept – puts castaways into the game alongside a relative or loved one. Effectively, this means everyone enters the game in a pre-existing pair.

But Survivor being Survivor, that lasted all of 30 seconds.

Splitting the cast down the middle – pitting one half of each pair against each other – throws a unique spanner in the works: At each tribal council, someone’s counterpart gets voted out. Winning immunity for yourself and your own tribe puts your loved one’s game at risk. Very nice, very evil twist. That’s the good gear we’ve come to expect from the Daddy arms of JLP and Survivor AU.

And yet, fuck me rigid did it ever pick up steam quick.

In any debut Survivor episode there’s always a lot to unpack. Like season 2 alumni Mark Wales suddenly developing a ruthless game edge. Or Sam Frost‘s brother Alex horribly injuring himself while engaging in the brutal Survivor task of “walking somewhere” to the point where his left leg dangled as if shot with a cannon (although not so badly that he couldn’t sit cross-legged on hard ground to shoot his confessionals, apparently). Or Survivor Queen Sandra Diaz-Twine casually rocking up in a fucking helicopter after an intro montage featuring a border agent stamping a passport with the very real “arrived” visa.

But, quite comfortably, the premiere of Blood vs Water had three undisputed highlights.

I do not know where they found this absolute bograt but bloody hell am I ever glad they did. Chrissy, the sister-in-law of ex-NRL player Michael “Croc” Crocker – has seemingly no idea what show she’s even on. She openly complains about being outside, screams at the barest hint of a bug, threw herself into murky Queensland waters in $300 Spell outfits, and I love her.

This is precisely the kind of wailing Wine Mom energy this show has needed, whether it knew this or not.

Survivor goes well with strategic minds who come in with regimented gameplans forged over years of absorbing past seasons to the nth degree. It does even better when there’s an absolute loose unit who found out about the show yesterday going full Sicko Mode on everyone because the heat has cracked their brains.

In the space of one episode, Chrissy openly asks what and where Tribal Council is, stumbles onto an Idol clue in full view of everyone, makes absolutely no attempt to hide it, and is driven so mad by the power of it that she strongly considers using it to save a kid on one leg because he was nice to her.

You couldn't show us a better example of beginner's luck. #SurvivorAU pic.twitter.com/pu6CYzwLjE

I love her. Protect her at all costs.

And speaking of Idols…

Real Survivor-heads out there will no doubt remember Adam Klein‘s attempt to excise a piece of Jeff Probst’s voting podium during the US Winners at War season after talking himself into believing, beyond a shadow of a doubt, that it was an Immunity Idol hiding in plain sight.

It wasn’t, but son of a bitch that’s a good idea though. And sure enough, AU producers pulled the trigger on that game buster the literal first chance they got. Didn’t even both keeping it in the back pocket for a rainy day. Just straight-up lead off with it like they were slapping down a Draw Four with the opening card. Maniacs. 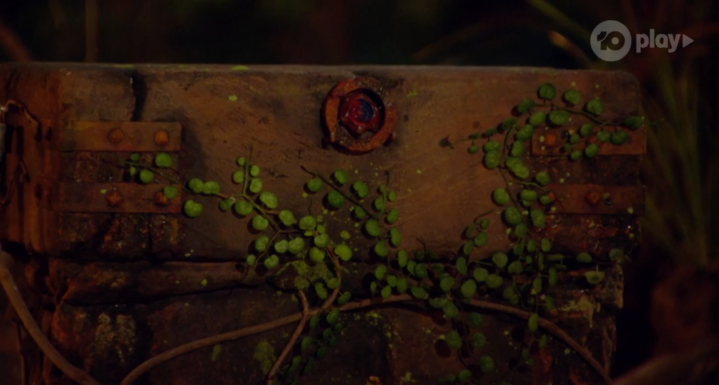 There it is. Right there. Just hanging out waiting for everyone.

I cannot possibly love a plain sight Idol hiding spot enough. It turns people into animals trying to hold in the urge to dive on it like a loose $20 note at Tankerville.

Chrissy, god love her, gets the Idol in an open footrace and spends the entire remainder of Tribal Council grinning maniacally like she possessed the One Ring.

‘Course she immediately burned it by playing for herself in a vote where her name was written down zero times. And I know it was good for that Tribal only. But just because you have it doesn’t mean you need to play it.

So it’s cool that Sandra Diaz-Twine is on this season of Australian Survivor and all, but I’m not hearing NEARLY enough talk about her daughter, Nina. Holy shit.

Sandra’s daughter Nina is the Survivor Queen’s Blood vs Water counterpart, and in one episode she showed that not only does she have the ruthless edge of her mother, but she may be a step beyond. Jesus christ. Nina is cold as shit.

With Alex hobbling around on one leg because [SCENE MISSING], there exists possibly the easiest day one vote out in Survivor history.

And then Nina met Andy Meldrum.

Season 4’s spot blowing up “superfan” made his attempt at a return tilt, and committed several rookie Survivor errors:

So instead of Jake The Peg going out, Nina mobilises everyone against Andy using classic Sandra manipulation tactics – leading questions, always suggest the plan was someone else’s suggestion, ask people “what do you think about that?” instead of telling them what to do – and guts him like a fish.

Seriously, he couldn’t have been more blind to it.

Andy at the start of Tribal Council: 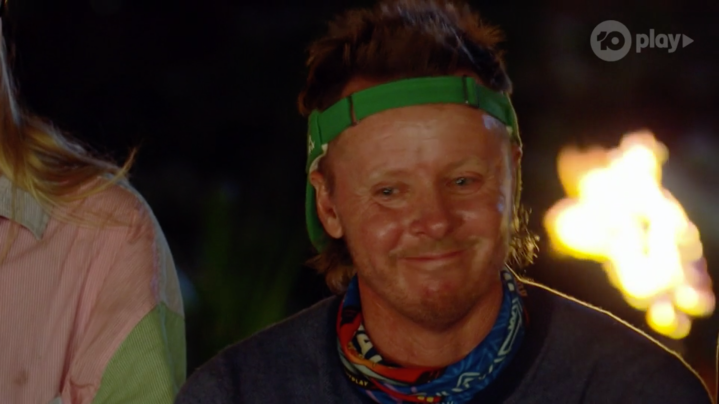 Andy when he realises something’s up: 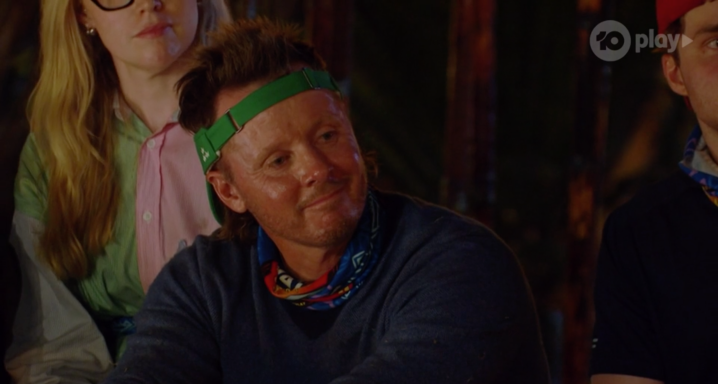 Andy when he’s just been unceremoniously yeeted out of the game before his stupid ass visor has gotten even a speck of outback dust on it: 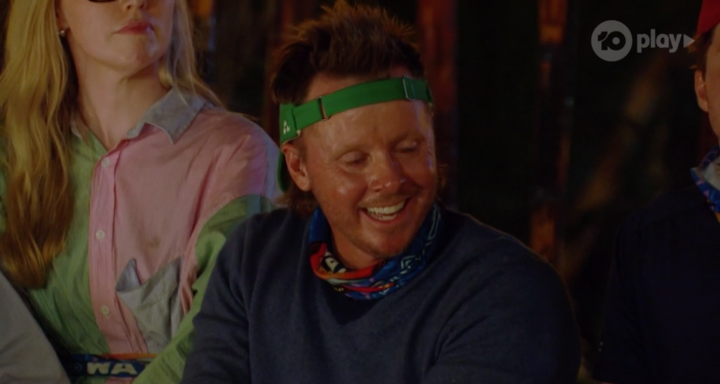 Meanwhile, Nina sits there ice fucking cold the entire time like this: 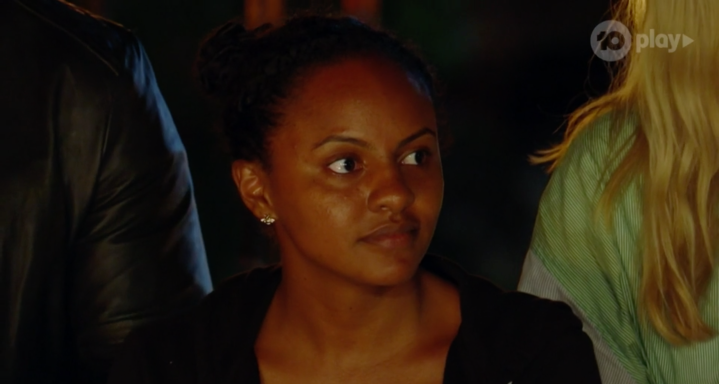 Survivor’s back. The good show’s back, folks. Awoooooooooo.