The singer appeared on The Late Late Show With James Corden where one Kenny J indulged him in a round of Spill Your Guts, a game where you must either answer the question (and deal with the public fall-out) or eat a gross item.

Harry and Kendall reportedly dated in 2013, when they were pictured getting cozy on Ellen DeGeneres’ yacht. While the romance seemingly fizzled out months later, it’s been reported that they’ve rekindled their ~romance~ since, most recently at the Met Gala 2019.

If said rumours are true, James Corden really did your boy dirty by inviting the reality star on to ask Haz the following question:

“Which songs on your last album were about me?”

He bloody gulped that cod’s sperm.

During a game of ‘Spill Your Guts or Fill Your Guts,’ @KendallJenner asked @Harry_Styles which songs on his debut album were about her. #HarryHostsLateLate pic.twitter.com/Oyr4Q2asuh

He basically had the same reaction when he was asked to rank his former bandmates.

Watch him chow down on a scorpion so he didn’t have to rank the lads:

While we have you: Styles recently treated fans to a nude snap in a video promoting his forthcoming album Fine Line.

The video shows Harry flipping through the pages, unveiling the artwork within including these ~glorious~ shots: 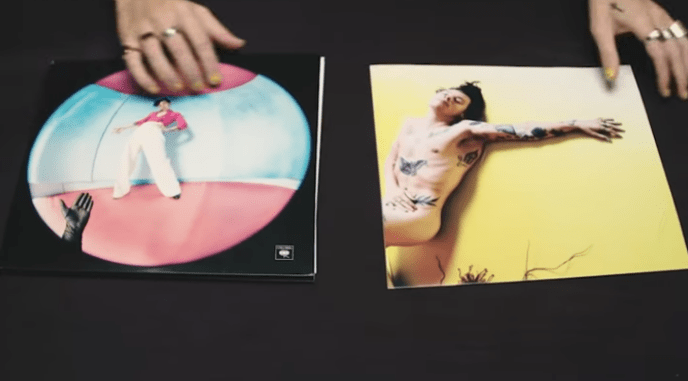 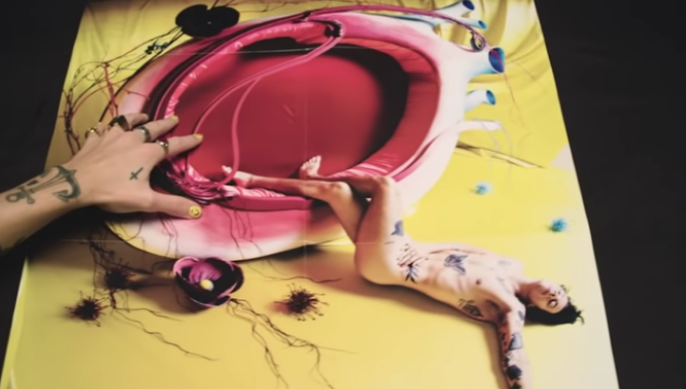 Have a go at the aforementioned video below, will ya?

Fine Line will be released into the universe tomorrow and believe me when I say that I am counting down every goddamn millisecond.