An Interview With Deuxmoi, The Mysterious Person Behind Instagram’s #1 Spot For Celebrity Tea

File this under: can’t believe we didn’t think of it sooner. Instagram account Deuxmoi has become the number one celebrity tea-spilling spot on the internet, breaking everything from celeb romances and scandal to which stars are dining at Nobu in Malibu right now. (Kendall Jenner, Leonardo DiCaprio and the Biebers, usually.)

Deuxmoi is the account to DM in your hot tip or story. The anonymous user behind the account will then post the screenshot to their Instagram Stories, straight into the eyeballs of 270,000 followers. Sometimes details will be blurred or evidence procured, but mostly it’s an ad-hoc account where no facts are checked. And it’s genius.

I started following Deuxmoi around the same time everybody else did – early April, when lockdown sank in and we were all spending much, much more time on our phones. I was hooked. I soaked up all the tea on every Selling Sunset agent before I even watched the show. I learned which celebs are wearing masks in NYC (Emily Ratajkowski) and which aren’t (every Real Housewives member, apparently). I also discovered more celebs were using finstas than I’d realised, which of course PEDESTRIAN.TV immediately covered.

The Instagram DM method means the stories follow (and sometimes overtake) the news cycle. Just yesterday, as news broke that married The Affair star Dominic West was snuggling up to Lily James, countless stories poured in about West, James, her ex Matt Smith, and her other rumoured ex (and Rebecca co-star) Armie Hammer.

It’s like celebrity gossip crack in real time, only you are both the observer and the participant. 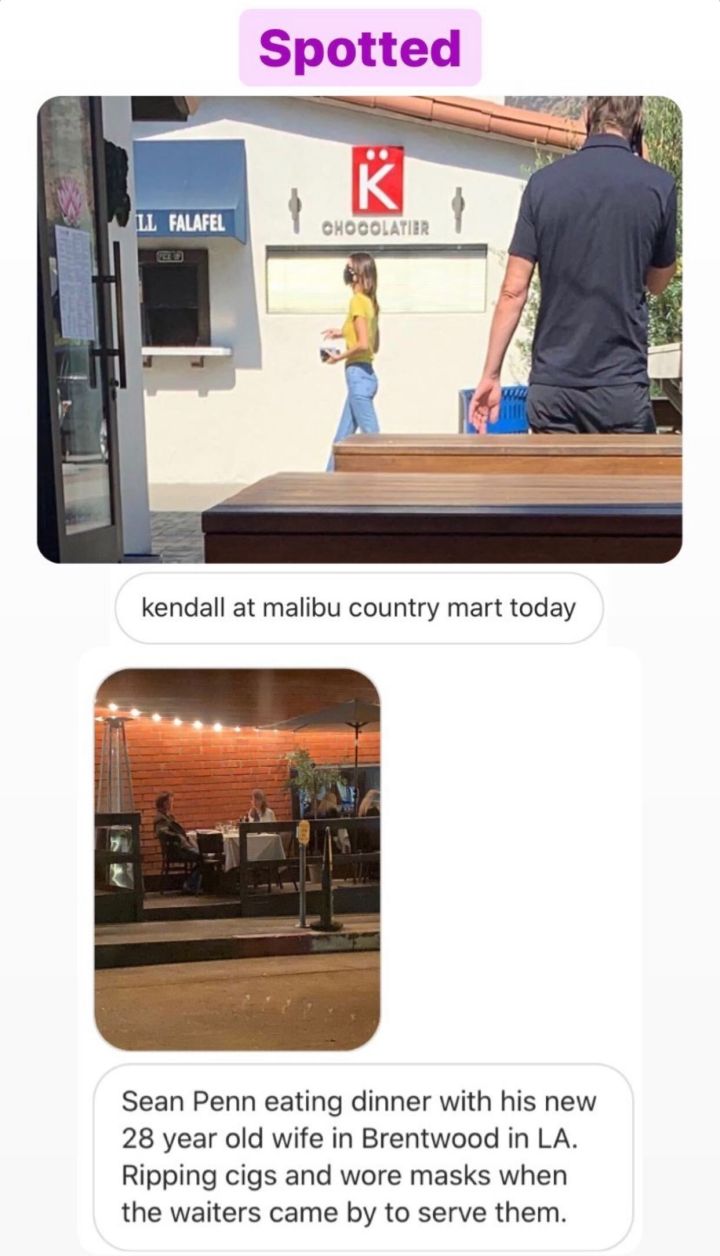 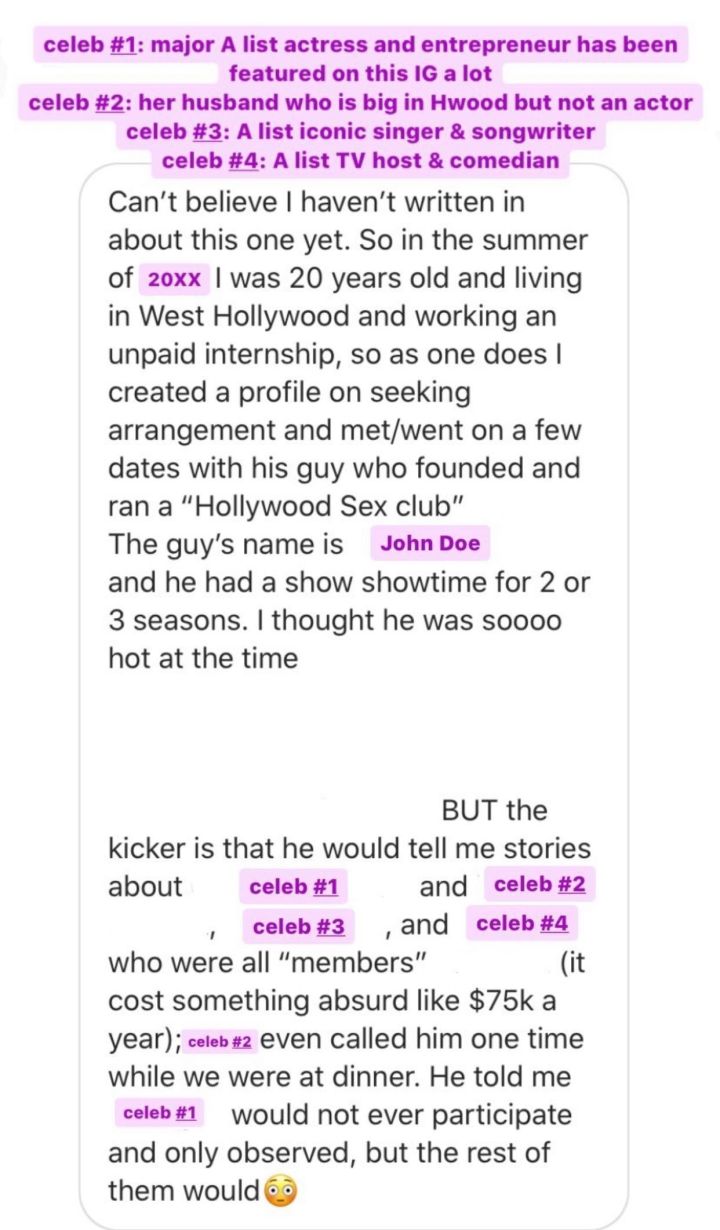 …and a lot of the time, it’s personal stories about someone’s run-in with a celeb. And they’re not all salacious! Sometimes it’s just wholesome yarns about your favourite A-lister. 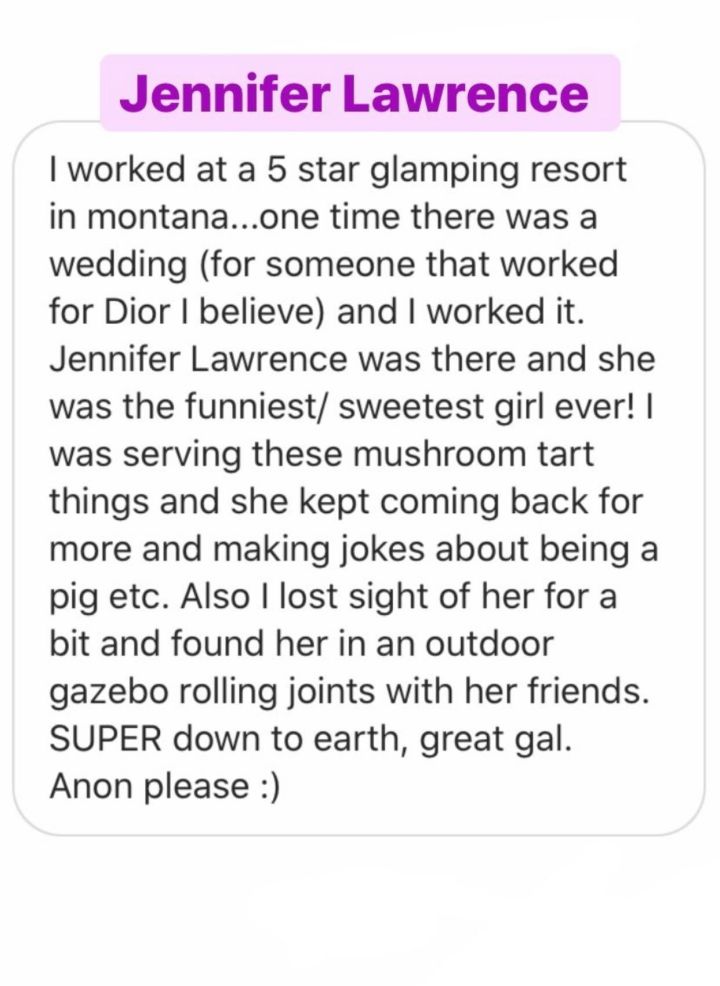 I interviewed the mysterious person who runs the Deuxmoi account – over Instagram DM, of course – to get all the goss.

She wouldn’t reveal her identity, but told me she’s a woman who lives in NYC, and spends around eight hours per day managing the account.

Most of her family and friends have no idea she runs one of the most talked about accounts online, with just “four or five friends” who are avid watchers of her Instagram Story. “The rest are not avid IG users,” she said.

(For clarity’s sake, I’ll be referring to the account admin as ‘Deuxmoi’ from here on out.)

Deuxmoi told me the account has been around since 2013, but as a fashion and lifestyle account. She started posting celebrity tea in March when lockdown hit, and saw the followers explode, going from 45,000 pre-pandemic to 270,000 now.

“I get a couple hundred DMs a day and it is becoming more difficult to keep up with it as the account grows,” Deuxmoi told me.

“My unread messages are currently piling up daily. I try my best to get through as many of those as possible.”

She confirmed that celebs will write in to ‘correct’ the record on themselves (or sometimes just vent out about something), but she’ll never spill who.

“That would be revealing a source!”

Most of the gossip is NYC and LA-based, for obvious reasons, but since Sydney is now the quasi home of bonafide A-lister Zac Efron, we occasionally get to send in some tea ourselves.

This appeared days before I saw it in the tabloids, FYI: 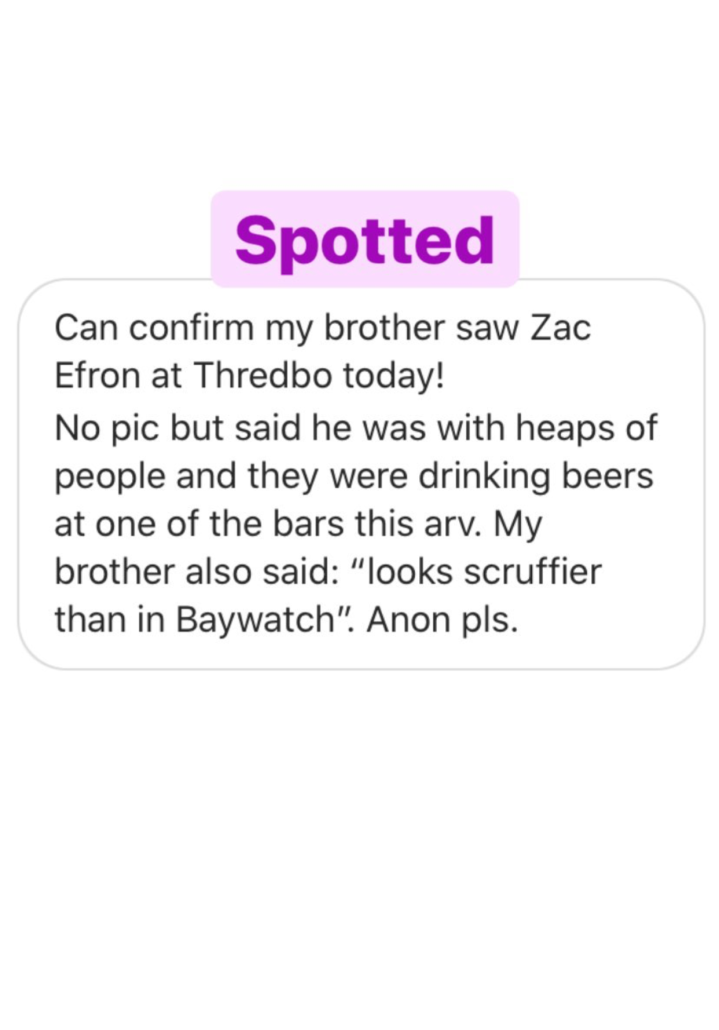 So when you have gossip about some of the world’s most untouchable celebrities coming in (Beyoncé and Jay Z, just to name a few), who are you still curious about?

“There are definitely some celebs who are very private that I would love to just know more about,” Deuxmoi said.

“Not even necessarily gossip, just more about them in general. Some names who come to mind are Charlize Theron, Scarlett Johansson, Emma Stone and Ryan Gosling.”

So if you’ve got the tea, you know where to spill —> right here.