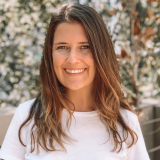 Alex Bruce-Smith is PEDESTRIAN.TV’s Deputy Editor, where she manages the editorial team and reports on news, politics, internet culture, and social issues.

She joined the site as news editor in 2015, and was appointed deputy editor in 2019. In between those roles, she spent 18 months as a news reporter at Network 10, covering news, climate change, pill testing, health, inequality and media.

When she’s not chasing a story, she writes about everything from influencer culture and online meltdowns to hot takes on the spicy world of pop culture. She was once P.TV’s foremost authority on Game of Thrones. We don’t talk about that anymore.

You can reach out to Alex via any of the channels below.

Companies Will Keep ‘Accidentally’ Destroying Aboriginal Sites Unless We Stop Them: Here’s How

I Was Given Ketamine Injections To Treat My Depression

Are These Two Gonna Fuck, Or What?

Why Does It Take So Long To Get Diagnosed With ADHD In Australia?

If You Think Your Boss Sucks, Let Me One-Up You: I Was Forced To Leave My Camera On While WFH

16 Sundresses To Buy For Your Picnic, Hot Vaxxed Summer, Or Getting Absolutely Railed In

What The Fuck Happens Now Gladys Berejiklian Has Resigned As NSW Premier?

Is Your Sharehouse Getting Ripped Off by Tenancy Transfer Fees?

Are You PEDESTRIAN.TV’s Next Gun Hire? We’re Recruiting For Three (!!!) Editorial Roles