It doesn’t necessarily make sense to shut the borders of an entire state when just one area is a coronavirus hotspot. That’s why Aussie politicians and health experts alike have started mentioning the so-called traffic light system, in which individual cities and towns would be marked as being open for business, or complete no-go zones.

Earlier this week, a pregnant woman in Ballina, northern NSW, flew to Sydney instead of driving across the border to Queensland for urgent medical treatment because it took too long for her to get a travel permit. Because of this delay, she lost one of her unborn children.

This incident sparked calls for a much more flexible system, which is more reflective of the reality on the ground and allows people to move more easily across state borders.

Instead of closing off entire states at a time, the traffic light system assigns a colour – green, orange or red – to each city and town depending on how they’re coping with the pandemic.

Here’s what the traffic light system entails and how likely we are to see it in Australia in future.

What do the colours mean?

Obviously, green is good and red is, well, not great. But there’s also a bit more to it than that.

For starters, green doesn’t necessarily mean coronavirus-free. It would just mean the area in question has relatively contained COVID-19 rates of up to 59 cases per fortnight. According to The Sunday Project, this means “open for business.” 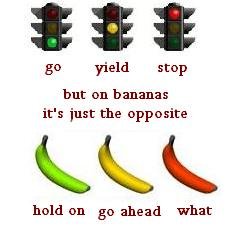 Orange means there’s some level of community transmission – between 60 and 99 new cases per fortnight – and that certain travel and lockdown restrictions have been introduced. However, this does not mean the city or town is completely shut down and off-limits, yet.

Red basically means the place is a no-go. Red cities and towns would have high levels of community transmission of over a hundred new cases every two weeks, and tough lockdown restrictions to get this number back down.

“You’ve left it too late and you’re going to have an enormous challenge on your hands,” UNSW Professor Mary-Louise McLaws told The Sunday Project.

McLaws helped design a similar system for the SARS outbreak in China almost two decades ago, and is now advocating for a similar system in Australia as an advisor to the World Health Organisation.

What are the benefits?

As it stands, someone from a relatively unscathed part of rural Victoria would have heaps of trouble entering South Australia, if it’s even possible at all. This is despite the fact the risks may well be minimal.

While most states have some kind of exemption plan for people living in border communities, the rule of thumb is that if the borders are closed (as they are with most states) you won’t be able to get in.

However, if the states agreed to a traffic light system, we could see the borders reopen again.

This week a family’s heartache has placed even more pressure on the need to clear up Australia’s state border chaos. The PM wants them to reopen by Christmas – do you think a Covid traffic light system could help achieve this? pic.twitter.com/c3kQvBode1

“Melbourne might have a metropolitan area that’s quite hot, and they’re in the amber [zone], but the rest of Victoria are green, so why can they open up to South Australia or New South Wales if they’re green as well?” McLaws added.

Similarly, such a system might have allowed the pregnant woman from Ballina to easily get the treatment she needed across the border in Brisbane, so long as neither place was in the red zone.

Has this been tried elsewhere?

There are of course numerous differences between Denmark and Australia. Denmark doesn’t even have states, for starters.

That said, the system has apparently worked quite well for them, with the country avoiding a dramatic second wave like Victoria.

“I’m not suggesting this is precisely what we do in Australia but […] they have clear metrics,” Prime Minister Scott Morrison said on Friday.

“I think that’s quite a sensible approach.”

no one:
traffic lights: pic.twitter.com/8jdgwQs5AM

How far off are we from seeing it implemented?

Not that far off, apparently.

The Daily Telegraph reported on Sunday that health exports were “days away from finalising a new criteria”. That new criteria is expected to be the traffic light system.

On top of that, Danish officials have reportedly even briefed their Aussie counterparts on just how the system could be implemented here.

While state Premiers have been beefing over borders for months now, Morrison has made no secret of the fact he’d like to see people move as freely as safely possible with the introduction of a unified, national system.

That sounds a whole lot like the traffic light system, which could mean it’s only a matter of time before the idea gets the green light.

READ MORE
Anti-Lockdown Protesters Gathered In Broadmeadows Today, So Excuse Me While I Headbutt A Wall