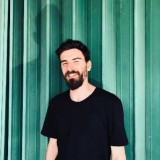 Zac Crellin is a News Writer at PEDESTRIAN.TV. He covers everything from breaking news to in-depth explainers, and has been published in the Sydney Morning Herald, Australian Financial Review, Atlas Obscura, and Broadsheet, among others. He's also appeared on Triple J, the Hit Network, FBi Radio and 2SER.

Zac is widely known for reporting news as it happens, explaining politics, and covering which celebrity is spreading what conspiracy theory at any given moment.

He is also PEDESTRIAN.TV’s TikTok expert, having profiled several iconic Aussie TikTokers, and sports a 25,000-strong TikTok following himself.

You can reach out to Zac via any of the channels below.

Finally, Some Good News: Sydney Institution Golden Century Might Be Saved After All

A 26 Y.O. Alleged Far-Right Extremist Was Arrested In NSW Over Blueprints To 3D Print A Gun

Gladys Berejiklian Is Scrapping Her Daily Pressers After Sunday So Uhh, What Happens Next?

Sydney Is Starting To Warm Up, So Are We Allowed To Go To The Beach This Weekend Or What?

NSW Is On The Cusp Of Flattening The Curve & We Cannot Stress This Enough: Hell Fkn Yeah

Friendly Reminder: Jim From Jim’s Mowing Is An Anti-Lockdowner Obsessed With Race Science