Graphic Armie Hammer DMs Are Now Being Sold As NFTs, If You’re A Sicko With Cash To Burn

Graphic DMs allegedly from Armie Hammer are now being sold as NFTs, a sentence I could not have dreamed writing mere months ago. I have questions. I have concerns. But mostly, I have hope the queen selling them makes some serious bank.

Julia Morrison, an artist from Brooklyn, told the Daily Beast she decided to sell the cannibalism and sex slave Instagram messages as NFTs to “cement them as a token of the times we are living in”.

NFTs, which stand for non-fungible tokens, are becoming an increasingly popular way for owners of a digital image or video (such as the ‘Leave Britney Alone’ video or a Nyan Cat GIF) to make some serious coin. No, I don’t really understand it. No, I will not be investigating further.

The Instagram DMs Morrison is selling relate to a reply Hammer allegedly made to her story about ‘eating the rich’, which a normal human would interpret in the non-literal sense.

Not (allegedly) Armie Hammer. “Dibs on the glute muscles and ribs for smoking,” the reply says. 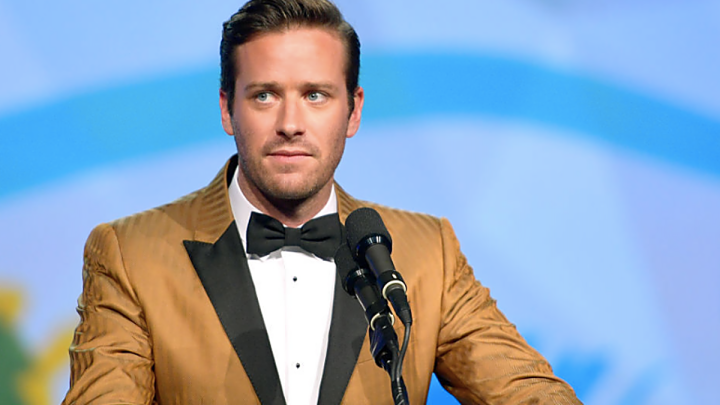 In another message, Hammer appears to ask Morrison if she would “live in a cage” and be his “own personal little slave”.

“I have a fantasy about having someone prove their love and devotion and tying them up in a public place at night and making their body free use. And seeing if they will fuck strangers for me,” he said.

It’s hardly shocking stuff for anyone who’s been following the Armie Hammer DM fallout (me), but it’s still weird as hell, and I guess you can now own a piece of Hollywood scandal history. If you want. Again, I do not particularly recommend it but you do you.

“These are authentic real exchanges and by creating artworks out of them and using the NFT process, I’m putting them on the blockchain forever and ever to cement them as a token of the times we are living in,” Morrison told the Daily Beast.

Hammer, naturally, has declined to comment. Last I heard he was hanging out in the Cayman Islands, watching his career turn into dust. Ah, well.