CONTENT WARNING: This article references graphic sexual themes in addition to other graphic topics including cannibalism.

Call Me By Your Name actor Armie Hammer has become a viral topic of conversation online after a series of graphic DMs allegedly between him and several women leaked on social media.

The screenshots show Hammer allegedly speaking to the women in a way that is domineering and violent. At some points, the DMs speak of drinking blood, describe scenes of sexual control, and references cannibalism.

In one DM, Armie allegedly describes himself as “100% a cannibal” and tells a woman “I want to eat you.”

A woman who claims to have had an affair with Armie Hammer has been sharing screenshots on the Instagram account @houseofeffie (which has since switched to private).

She claims at least five women were engaged in consensual affairs with the actor, while he was married to ex wife Elizabeth Chambers – and that each woman was led to believe they were the only one. 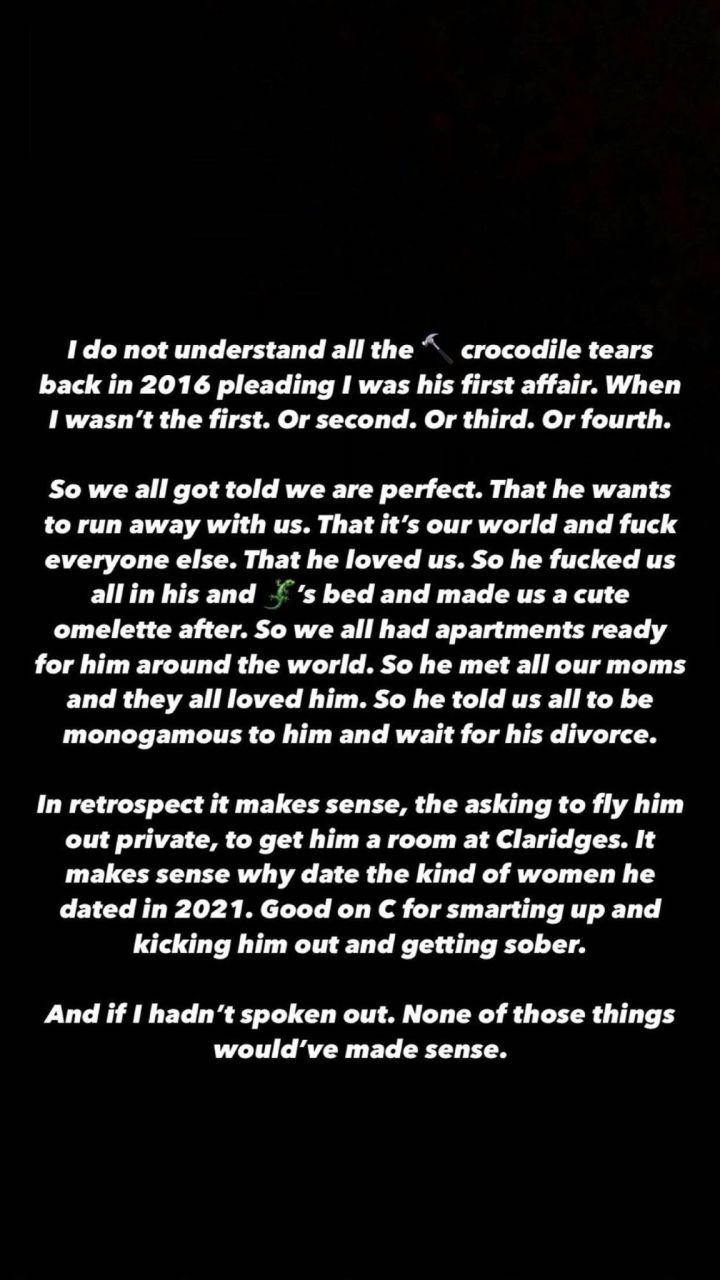 After posting a variety of alleged screenshots from hers (and other alleged victims of abuse’s) conversations with Armie Hammer, all featuring graphic, cannibalistic phrasing, she went on to claim that she gave the actor “the chance to apologise” but he did not. 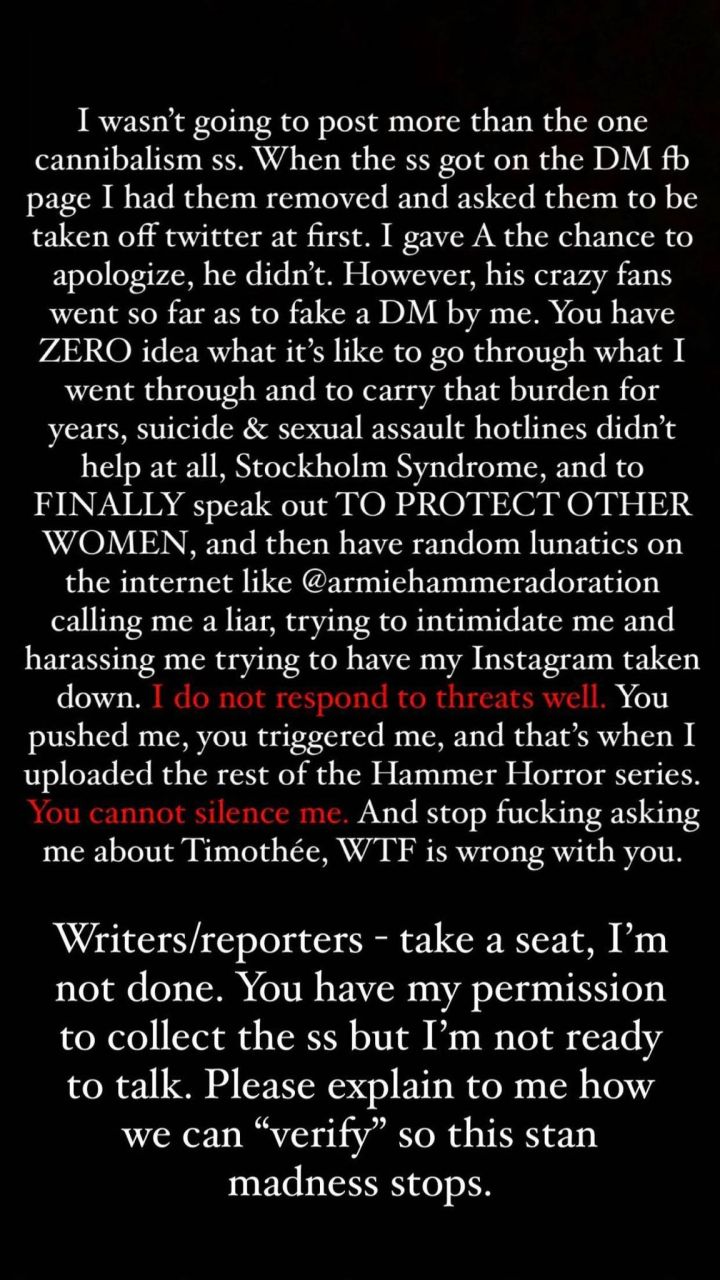 “You have ZERO idea what it’s like to go through what I went through and to carry that burden for years, suicidal and sexual assault hotlines didn’t help at all, Stockholm Syndrome, and to FINALLY speak out TO PROTECT OTHER WOMEN, and then have random lunatics on the internet like @armiehammeradoration calling me a liar, trying to intimidate me and harassing me trying to have my Instagram taken down.”

She also gives journalists permission to share her story (hence this article), but denies requests to be interviewed.

Wait, I thought they were photoshopped?

As reactions and memes about the alleged DMs began to flood in, another set of DMs started doing the rounds, appearing to show @houseofeffie admitting to faking Armie’s messages.

She has hit back at this, claiming that the DMs she shared were real and the ones with her admitting to faking messages were created by Armie Hammer fans in order to protect him.

“His crazy fans went so far as to make a fake DM by me,” she wrote on Instagram.

There is much contention on Twitter over whether or not any of the DMs from either side are real:

Showing you how easy it is to fake a conversation with armie hammer pic.twitter.com/jIw8KdZLmq

Ok but if the armie hammer being a cannibalist thing turns out to be fake which there’s already evidence that it is fake, I feel bad for him bc his whole rep literally just got ruined ????

me trying to figure out if these armie hammer dms are fake or not because now i'm confsued: pic.twitter.com/HZesDvbEjS

This article is based on allegations made on Instagram by various women. In the past, Armie Hammer has been forthright about his preference for sexual kinks. PEDESTRIAN.TV is not reporting that Armie Hammer is guilty of abuse.

Armie has yet to address the alleged DMs.