If you’re one of those Christmas freaks who insists on getting into the spirit of the season in November then you’ve no doubt already seen Netflix’s new corny Chrissy flick, The Princess Switch.

READ MORE
Shockingly, Fans Have Spotted A Fuck Ton Of Mistakes In 'The Princess Switch’

In a new interview with Glamour magazine, Hudgens was asked about the possibility of a sequel dropping in time for Christmas 2019 (hold your damn horses m8s), and while she’s doubtful of this happening ‘coz the first flick was all wrapped up in a pretty lil package, she does have a pretty wack but intriguing idea.

“I honestly don’t even know where it would go, because we already got our happy endings,” she says.

“We’d have to create more conflict, or maybe there would a third twin. Spruce things up a little bit. I have no idea. I’m going to leave that one up to the writers, but I know that I had so much fun doing it. The characters are so sweet that I would definitely be on board.”

She also acknowledged the film’s blaring similarities to The Parent Trap, admitting that it was “one of my favourites” growing up which played a part in her going for the role.

Hudgens even rewatched The Parent Trap before filming the flick to help her with the switcheroo technique.

“I, of course, watched The Parent Trap. I was trying to figure out what they were doing and trying to pay homage to that somehow.” 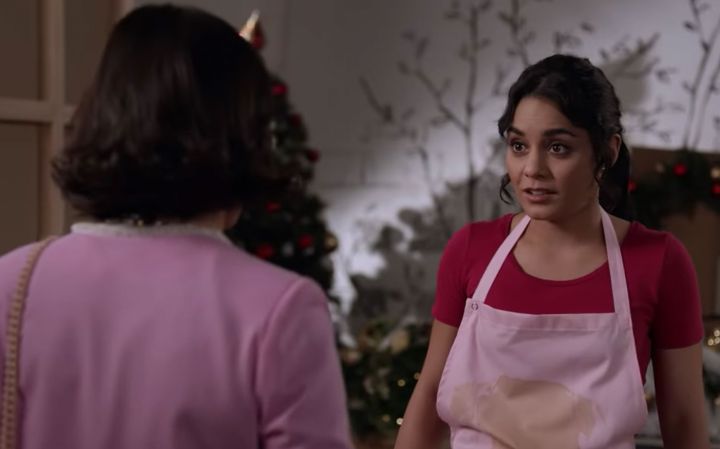 The Princess Switch is now streaming on Netflix.