The White Lotus Season Two is here and cue the unsettling tribal music.

Pack your bags because this time around we’re heading to Italy for a European adventure filled with sex, drugs and bonkers drama.

Following the smash success of the first season, it was always gonna be tough for them to live up to the hype with a new cast and a new location. But oh boy, they’ve bloody well done it.

Anchoring the season is the woman, the myth, the legend herself, Jennifer Coolidge who reprises her role as the insecure and eccentric businesswoman.

We get to see what our gal has been up to since last we met and as usual, she is riddled with issues and it’s most intriguing to watch (not to mention bloody hilarious). 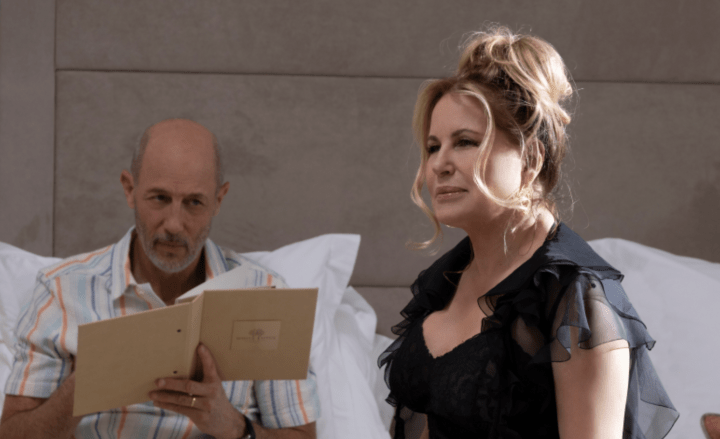 Tanya and the hubby she met in Season One (Credit: BINGE)

It’s hard to imagine a White Lotus Hotel under the supervision of anyone other than Armond (Murray Bartlett), but the Italian branch’s manager Valentina (Sabrina Impacciatore) does a fabulous job.

Gritty and hard-working but flawed and vulnerable. She is absolutely captivating to watch.

The new guests also come with their share of complex storylines and mysteries that you’ll be itching to solve.

Special shoutout to Aubrey Plaza (Parks & Rec), Meghann Fahy (The Bold Type) and Theo James (Divergent) who absolutely crush it on screen, as per.

Oh and BTW, there’s one particular nude scene with Theo James that is SPICY as HELL. 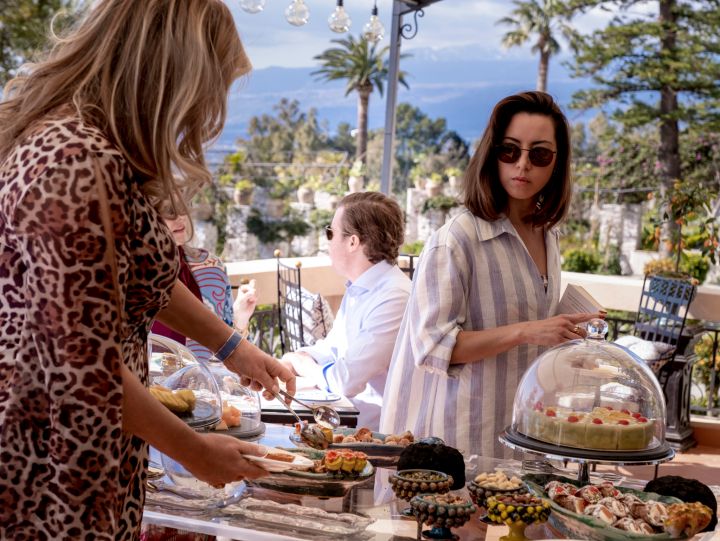 Believe me when I say I squealed when Jennifer Coolidge and Aubrey Plaza interacted for the first time. (Credit: BINGE)

Perhaps one of the biggest differences between this season and the first is the fact that the hotel staff speak Italian to each other which means some subtitle-reading is required to watch the series.

But this actually adds an exciting — not to mention sexy as fuck — element to an already exhilarating series.

Like with the first season, The White Lotus pulls no punches and goes places that’ll leave you gasping right until the end.

There’s tons of nudity, debauchery and mind-fuckery, all set to a gorgeous Italian background.

The first episode dropped on BINGE and Foxtel earlier this week, with new eps dropping weekly.