An influencer and model has done a fkn impressive bait and switch by talking about climate change in a statement about kissing Timothée Chalamet. Lovely work there.

In case you missed it, your time-travelling Victorian Era boyfriend Timothée was spotted smooching someone at Coachella. Lucky sort.

Now, it hasn’t actually been confirmed who Timmy was sharing a pash with. But folks seem to think it was Nigerian model and activist Sarah Talabi.

Someone wrote in to our fave gossip fiends Deux Moi claiming the pair had pecked.

“Timothée Chalamet was dancing with and kissing Victoria’s Secret model Sarah Talabi at Coachella,” they wrote.

“Everyone is asking me if I was kissing Timothée Chalamet at Coachella, and that is a good question,” she wrote in the statement, which she first gave to Page Six.

“But a great question would be asking our world leaders why the earth is now losing 1.2 trillion tons of ice each year due to global warming and why climate crisis reform has been completely ineffective.

“I encourage you to contact your local representatives and ask them that.”

I fucking love it. Whether Talabi was actually the gal getting her mac on with little Timmy Tim or not, this is a genius PR strategy.

Plus it’s an excellent message.

After the statement gained traction online, Talabi shared a Washington Post story about ice melting on her Insta Story. 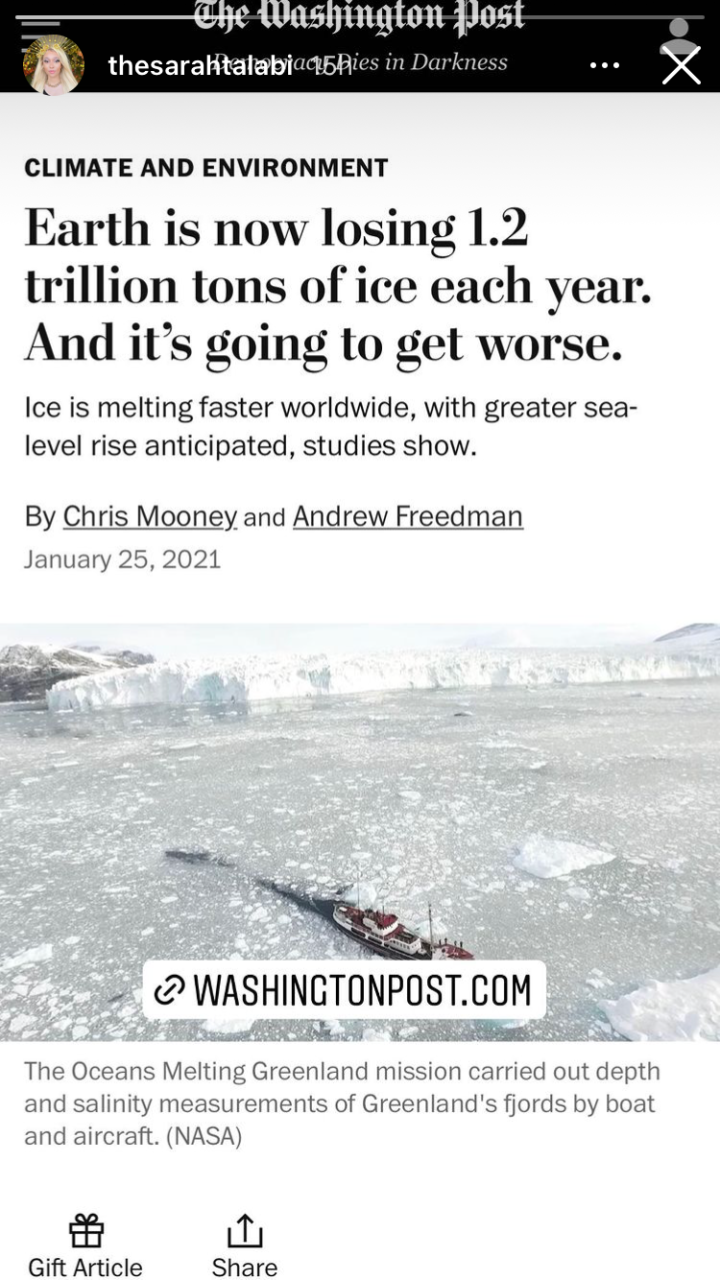 I mean it certainly doesn’t seem like many of our most powerful political leaders are stepping up when it comes to the climate crisis.

So why not kill two birds with one stone? A little kissy with Timothée Chalamet and also a statement about climate change?

Between an unexpected climate change statement and a gal accidentally dressed as a COVID molecule, who knows what we can expected from the second weekend of Coachella.