Prep your lungs ‘cos it’s time to screeeeeeam bloody murder as the first trailer for the new Scream flick is out and all your faves are returning (well, all your faves who survived the previous movies, that is).

The latest instalment in the iconic slasher film franchise is simply titled Scream, to mimic the very first flick that started it all back in 1996.

In the latest film, which is set to be released next year, the dream team returns, including Neve Campbell as Sidney Prescott, Courteney Cox as Gale Weathers and David Arquette as Dewey Riley.

The new Scream occurs 25 years after the OG Scream (good lord, this is gonna be confusing), and just like in the first one, a killer known as Ghostface has gone on a murderous rampage, targeting a group of teens.

The trailer begins in a way that’s v. familiar to fans of the franchise: with a ~mysterious~ phone call. Ortega’s character picks up the phone and a spooky voice asks her if she’d like to play a game.

She starts to run out the door (which never bloody works, does it?) but she’s grabbed and stabbed by old mate Ghostface. 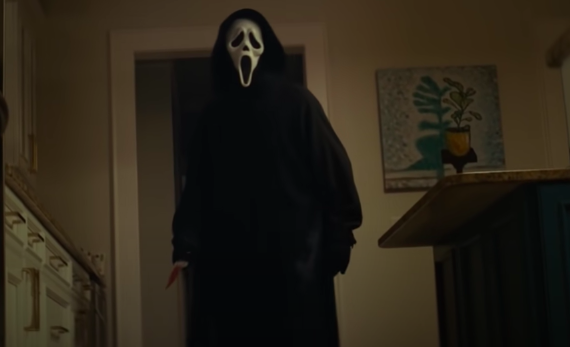 It then cuts to the aftermath of the murder, where Sidney Prescott is living her cute drama-free life, until she receives a chilling phone call from Dewey Riley, who gives her the tea on the new killings.

Sidney reunites with Gale and the pair prepare the new group of teens for battle against whoever the fuck is wearing the costume and murdering people now.

It’s revealed throughout the trailer that the new Ghostface is hunting people related to the original killers, so expect lots and lots of nostalgia and throwbacks. Yiewwwww.

“I won’t sleep until he’s in the ground,” Sidney says at the end of the trailer. SpOoOoOoOkY!!!

Scream hits cinemas on January 13, 2022. Catch the sick-ass trailer below: