The spooky season has officially arrived and if you’re not in the ghoulish mood, well you’re just a demonic lil party pooper, aren’t ya? Need some help getting into the scary spirit? The legends over at Stan have got ya covered with a bunch of horror movies to binge.

Peep our list of the greatest horror movies now streaming on Stan to include in your Halloween horror marathons. 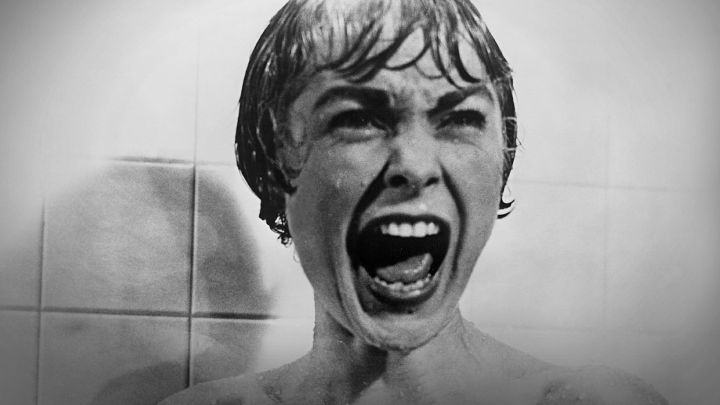 You simply cannot call yourself a fan of horror movies without having seen the movie that pretty much defined the genre, Psycho.

The 1960 Alfred Hitchcock classic tells the story of an extremely cursed motel, run by a bloke with the mother of all mother issues, Norman Bates.

You’ll know this one for that well-known shower scene where Bates stabs Janet Leigh’s character and that freaky-as-fuck violin sound chimes in the background. 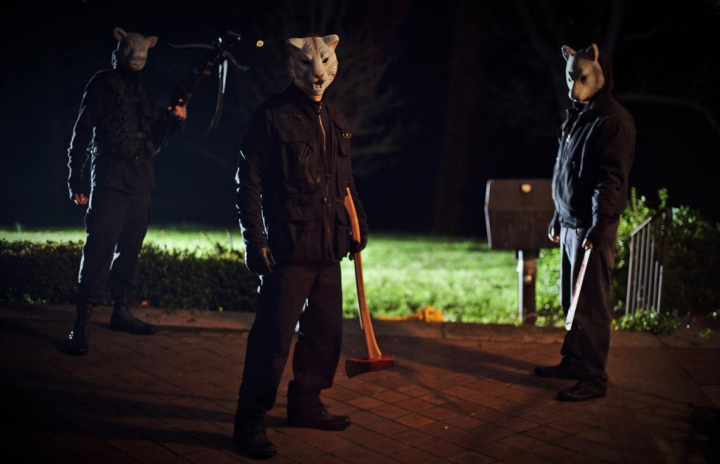 If black and white horror movies don’t take your fancy, how about this recent number?

It stars Aussie Sharni Vinson, who you’ll remember from Home & Away, and is bound to rob you of some sleep, so I recommend watching with some trusty pals. 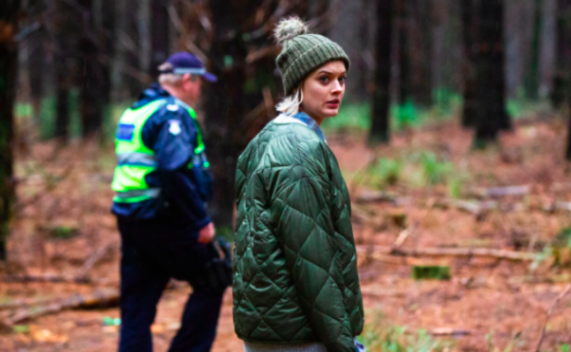 Sure, some of the best-known horror flicks come from the States, but Australia’s also churned out some of the greatest horror movies of the genre, including Stan Original Film, Relic.

Released earlier this year to critical acclaim, the film tells the story of Edna (Robyn Nevin), an elderly and widowed matriarch who vanishes.

Her daughter, Kay (Emily Mortimer), and granddaughter, Sam (Bella Heathcote), then travel to their remote fam home in Melbourne’s countryside to search for her.

They eventually find her, but that’s not all they find… if you catch my drift (I can’t give any more away but trust me, it’s some scurry shit). 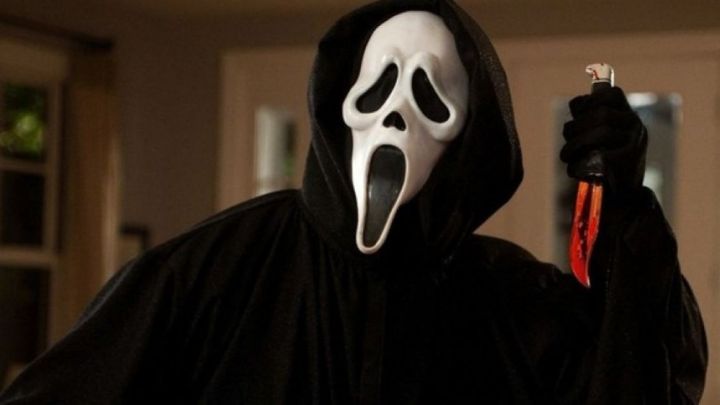 Another must-watch for all fans of horror movies and also lovers of ’90s cinema.

If you haven’t binged the fantastic bloodiness of the Scream flicks then you’re in luck ‘cos Stan has three of them now streaming so you can squeal over Ghost Face for a solid few hours.

The saga follows the tortured life of Sidney Prescott (played by beloved scream queen Neve Campbell) who finds herself under attack by the aforementioned Ghost Face in his various incarnations. 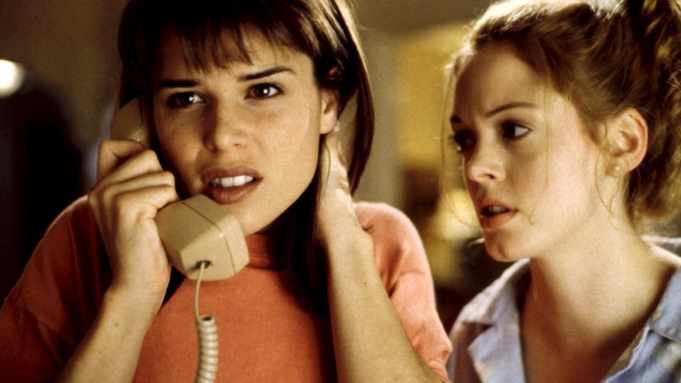 It’s also worth mentioning that a follow-up flick is currently being filmed so if you haven’t jumped on this franchise yet, now’s the time.

The Cabin In The Woods 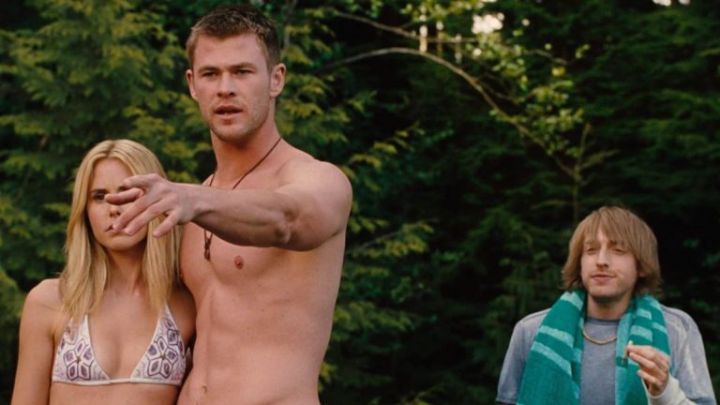 In this house, we stan scary cabin horror movies, especially when it’s in the woods, as the title suggests, where all kinds of frightening mayhem can occur. Mwahahahaha.

This noughties flick takes the concept of your run-of-the-mill cabin slasher and adds an otherworldly twist where a gang of yoofs find the fate of the world in their hands.

And here’s another big sell: It stars a (shirtless!) Chris Hemsworth, along with Jesse Williams, Sigourney Weaver and The West Wing‘s Bradley Witford.

I can’t recommend this one enough! 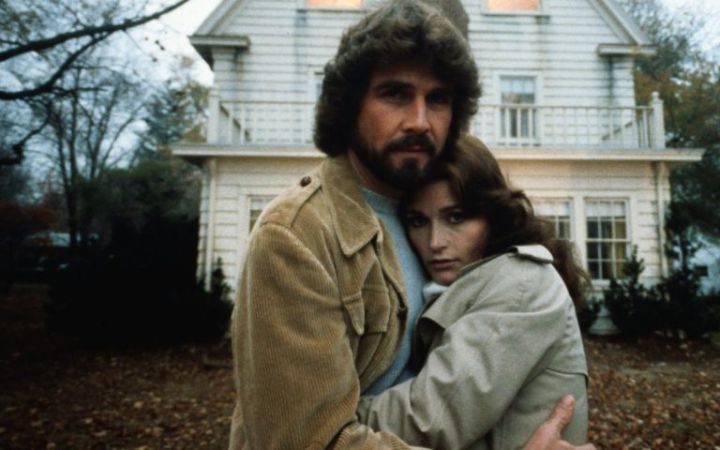 I meant it when I said Stan have ya covered for your horror bingeing needs ‘cos they have not one, but two of the Amityville Horror flicks.

There’s the OG ’70s version with James Brolin and the late Margot Kidder and the 2005 remake with a smoking hot Ryan Reynolds, Aussie Melissa George and Chloe Grace Moretz. 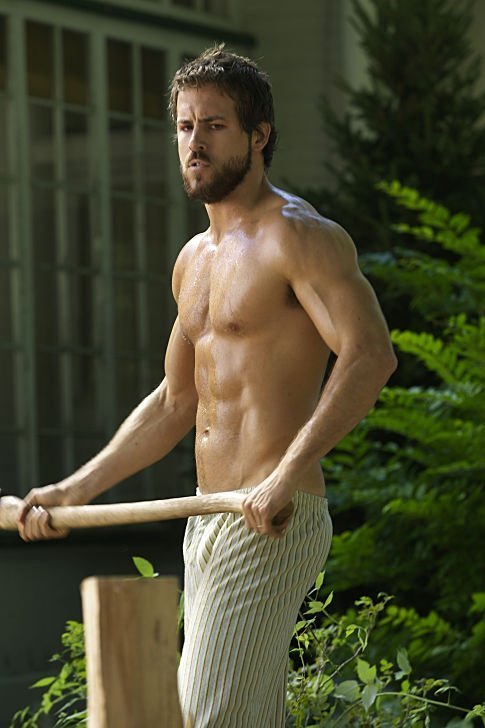 Both horror movies are based on Jay Anson‘s book of the same name and tells the alleged true story of The Lutz family, who move into a home once inhabited by the DeFeos, a family of seven, six of whom were murdered by eldest son Ronald DeFeo Jr. in 1979.

So whether you have a penchant for vintage horror movies or are intent on seeing Ryan Reynolds get his rig off, Stan has both flicks for you to see and enjoy.

Drag Me To Hell 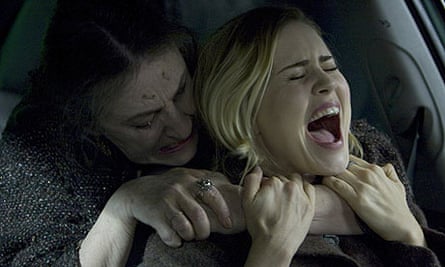 This nightmare-inducing 2009 supernatural horror film was literally designed for a fright night marathon, so be sure to whack this one on your Halloween horror movies list.

As if the title wasn’t enough to scare ya shitless, just have a read of the plot, will ya?

A loan officer, who, because she has to prove to her boss that she can make the ‘hard decisions’, chooses not to extend an elderly woman’s mortgage. In retaliation, the woman places a curse on the loan officer that, after three days of escalating torment, will plunge her into the depths of Hell to burn for eternity.

The film premiered at the Cannes Film Festival and was released to critical acclaim. It also took out the award for Best Horror Film at the 2009 Scream Awards and the 2010 Saturn Awards.

Add this to your list of horror movies to binge. I dare ya.