Can someone please check on the MAFS 2022 grooms because I think they’ve taken one too many punches to the head while training for their upcoming boxing match.

ICYMI: Brent Vitiello and Daniel Holmes are competing in one of those thirsty reality star boxing matches and their promo posts are becoming more and more unhinged.

It started with some trash talk on Instagram along with a dumb post by Daniel making fun of Brent’s height:

And now Daniel is dead-ass planning Brent’s funeral and sharing the invite to social media.

“Celebrating the life of Brent Vitiello,” the poster reads.

Seriously, what is this nonsense? 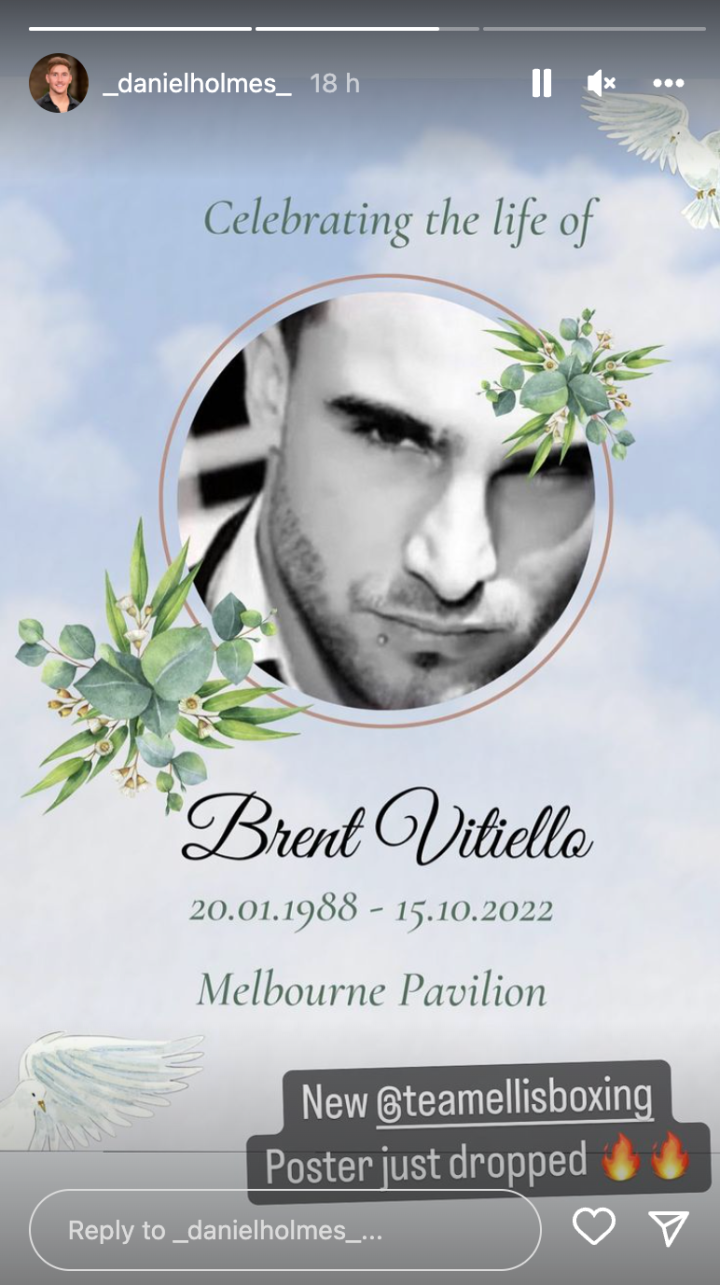 Brent has slammed the post in an interview with Yahoo Lifestyle, labelling it as a “silly attempt at attention”.

“I didn’t think there could be a human more cringe until I saw the way this guy moves. It’s embarrassing,” he said.

“I’ll never entertain someone as low as him. This boxing match is for me. But after, both his name and his antics will disappear.”

He said while the post is “worrying”, he’s feeling “a little bit flattered at the same time”.

“I also wonder how many photos he has of me in his camera roll? Maybe even a mural at home?” he said.

And the worst part? The match is a whole month away which means we have lord only knows how many more cringeworthy posts to endure.

In case you’ve already scrubbed MAFS 2022 from your brains to leave room for more useful information, let me refresh your memory on who the fuck these blokes are.

Daniel Holmes and Brent Vitiello appeared on the most recent season of Married At First Sight Australia.

You’ll remember Daniel from the wild cheating scandal which ended with him getting with Carolina Santos. The pair recently called it quits, BTW.

As for Brent, he had the supreme misfortune of being stitched up with Tamara Djordjevic and that, of course, did not work out.