Yis, no, yis, look… I feel that at toimes like these, it’s our sense of community that keeps us feeling greash, isn’t it? Take, for example, this one fan in the Kath & Kim Facebook group, Da Kath & Kim appreciation society, who’s scored big at this late stage, thanks to the group.

After spotting a loife-soized cardboard cutout of great hunk of spunk Kel and his clowning glory Kath being discussed in the group, the grasping little piece went ahead and bought it on Facebook Marketplace for 50 bucks.

Geez, tickets. What are you gonna buy next? Mandy’s house? The Belvedere? Jokes, I’m just jealous as hell that I didn’t get there first.

Sayonara sweet heart! I will simply move on…

In no time at all, the happy owner of the foxy fifty-somethings created an Instagram account where they’ll detail the cutout’s journey to places such as Coolum, where they’ll fly business class, which is exciting.

The Insta is called @kathandkel_travel and I implore you to suss it out ASAP.

A post shared by Kath and Kel Travel (@kathandkel_travel)

There’s only one post up so far, presumably because travelling is on the nose at the mo, but I mean, what’s stopping them from hitting up Melbourne’s Tullamarine Airport like in that one Kath & Kim ep?

They can buy matching tizzy fits, sneak into the business class lounge, then take a load off and snooze on the comfy airport seats (not!). 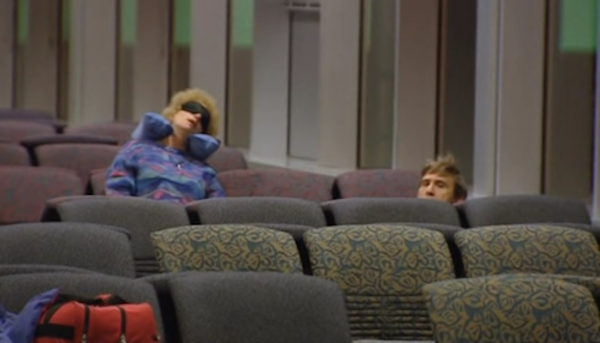 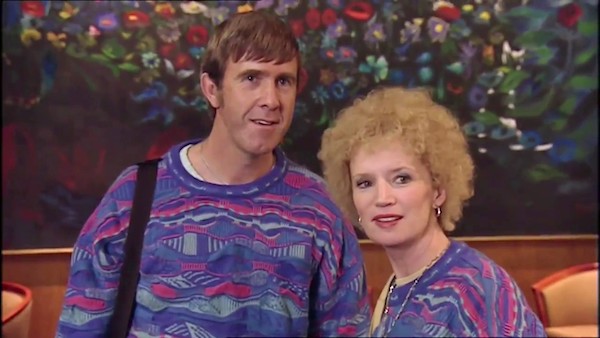 Fingers and toes they put travel back on the cards soon so we can see what adventures the Kath & Kel cardboard cutout get up to next.