In further proof that Harry Styles is not of this world and is instead some kind of heavenly being incapable of negativity, pics have emerged of thank-you gifts he and Florence Pugh had sent out to the cast and crew of Don’t Worry Darling.

After the filming of the upcoming psychological thriller about a 1950s cult (!!!) wrapped in Palm Springs and the Coachella Valley over the weekend, one of the performers, Blake Weireter, posted a bunch of gifts on her Insta story.

The pic was captioned “thank you for my gifts!”, and tagged in Florence, Harry, and crew member Rebecca Holstein, and showed off a bunch of wrapped gifts and a big ol’ bunch of flowers with a handwritten card from Harry nestled in the florals. 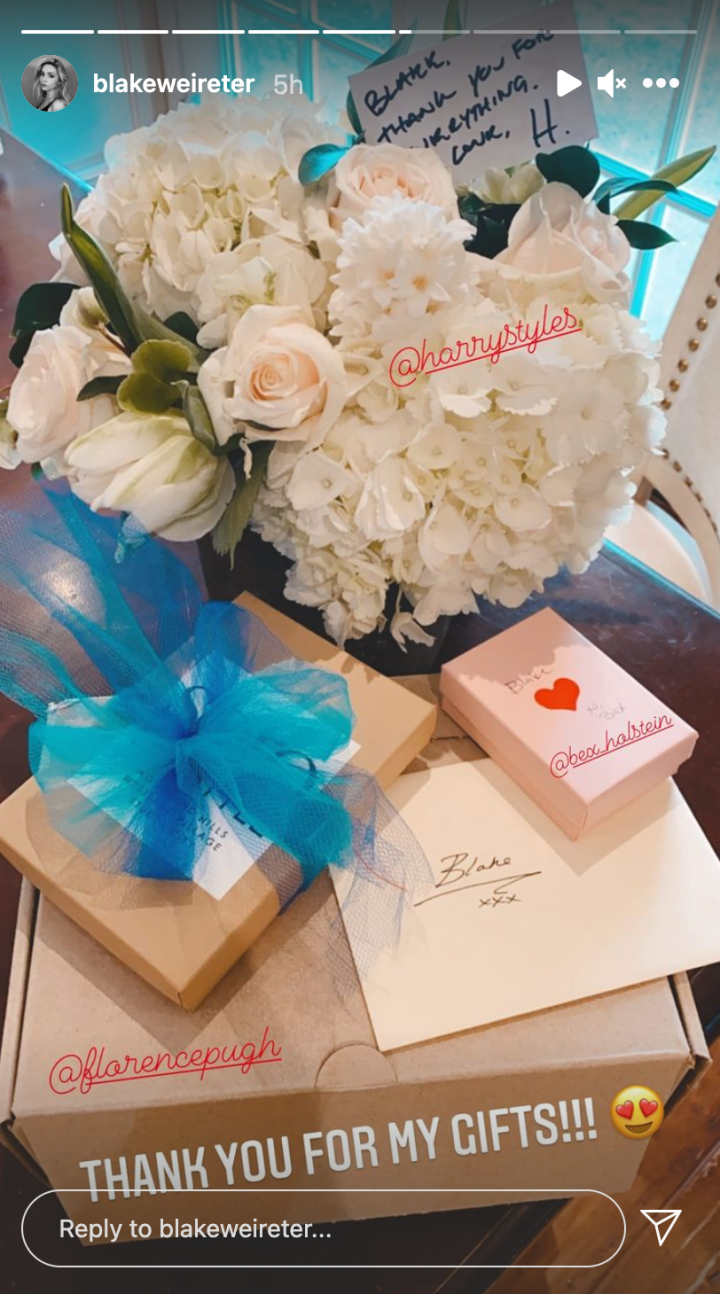 God, this is just so lovely. As above and beyond as one would expect from Harold Styles, too. A man who once had a tea at a fan’s dad’s house and fed her fish for her is also gentle and kind enough to think about his cast and crew after wrapping filming on a production in the middle of a pandemic? We simply have no choice but to somehow stan harder.

If that’s not enough, possibly the best photo of Harry has emerged from the last day of filming too, in which he is masked up with Florence and other castmates and they’re all wearing matching frog hats in different colours.

Harry Styles. In a yellow frog hat. I’m sorry I know this feels very trivial but I’m in the midst of my third lockdown in 12 months and this has just overwhelmed me with simple, unadulterated joy.

Because I simply needed to know where the fuck that hat was from, I did some snooping and found out it’s from Romwe and costs $7.99. As you can imaging the yellow one has likely sold out so hard it’s not even on the site anymore, but at the time of writing the camel/light brown one is still available.

I just got paid today so I guess I’m gonna gift myself one if Harold isn’t gonna do it.