Olivia Wilde has not only gone Instagram official with new boyfriend Harry Styles, but she’s also singing his goddamn praises with the same amount of gusto that he summons when he belts out ‘Sign of the Times’.

As filming of the pair’s flick, Don’t Worry Darling, concludes, Olivia shared a black and white photo of Harry atop a car and penned a lengthy caption, praising the singer-turned-actor for smashing gender norms.

“Little known fact: most male actors don’t want to play supporting roles in female-led films,” she began, praising her BF Harry Styles. “The industry has raised them to believe it lessens their power (i.e financial value) to accept these roles, which is one of the reasons it’s so hard to get financing for movies focusing on female stories.”

She adds, “No joke, it is harrrrrd to find actors who recognise why it might be worth it to allow for a woman to hold the spotlight. Enter: @harrystyles, our ‘Jack’. Not only did he relish the opportunity to allow for the brilliant @florencepugh to hold center stage as our ‘Alice’, but he infused every scene with a nuanced sense of humanity. He didn’t have to join our circus, but he jumped on board with humility and grace, and blew us away every day with his talent, warmth, and ability to drive backwards. #dontworrydarling.”

“This lady put in an extraordinary amount of work into this film,” she wrote, adding that she’s “forever in awe.” 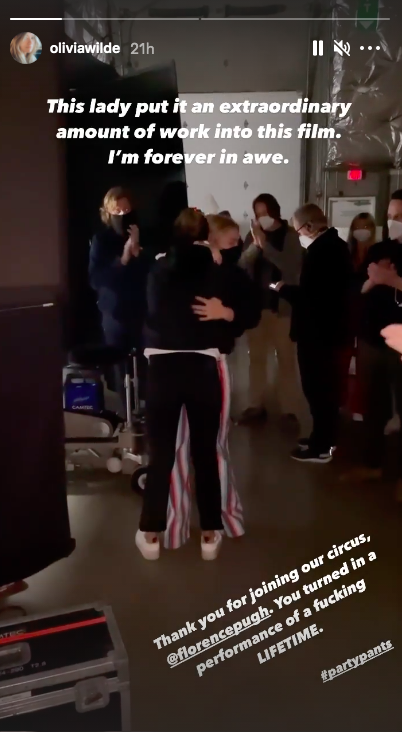 “Thank you for joining our circus, @florencepugh. You turned in a performance of a fucking LIFETIME,” she concluded.

Olivia’s BF Harry Styles and queen Florence also sent lotsa love to the cast and crew after filming of the upcoming psychological thriller wrapped in Palm Springs and the Coachella Valley over the weekend.

One of the performers, Blake Weireter, posted a bunch of gifts on her Insta story, including some spectacular goodies from the film’s lead stars.

The pic was captioned “thank you for my gifts!”, and tagged in Florence, Harry, and crew member Rebecca Holstein. 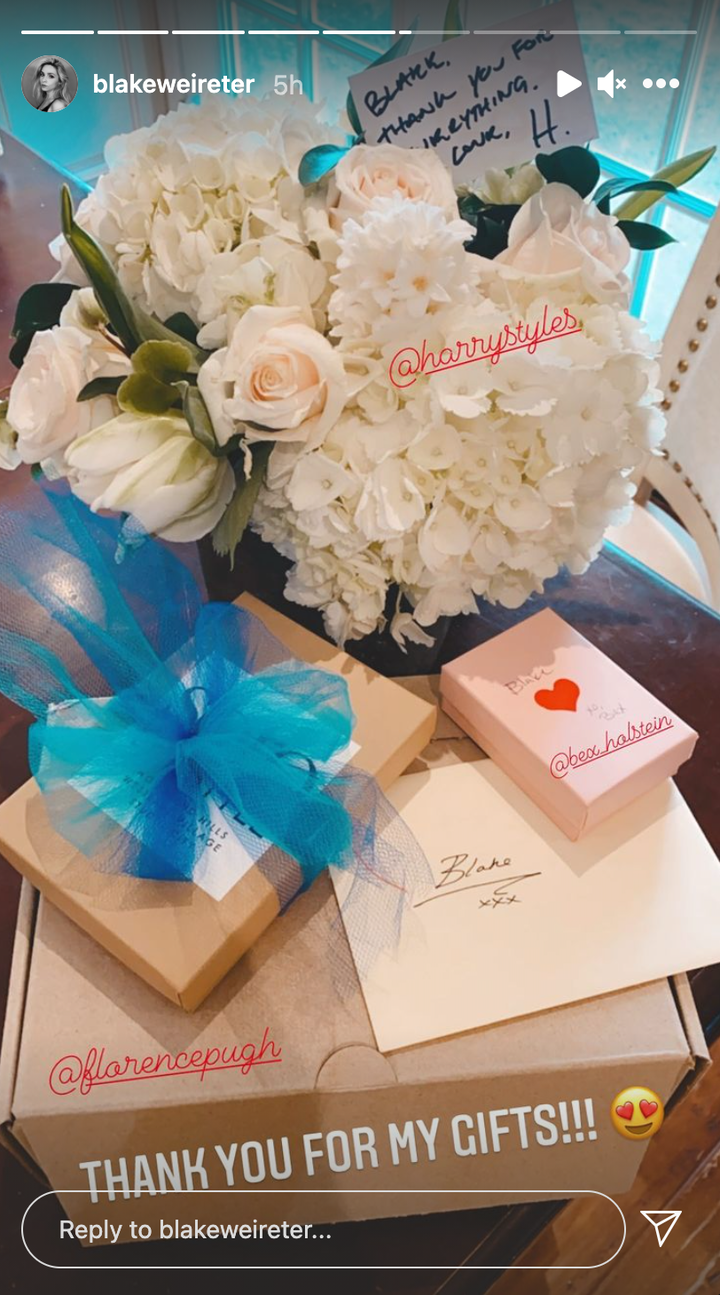 I’m so bloody keen for this movie, you have NO idea. Givvus more Harry Styles on the big screen, pls.