Yesterday was a big bloody day for tea-sippers everywhere as a new Instagram aimed at outing shady influencers joined the ranks of Deuxmoi (@deumoi) and Celeb Spellcheck (@celeb_spellcheck). It’s called Aussie Influencer Opinions (@aussieinfluenceropinions) and although it’s been around since last year, it’s gained mass popularity just recently and folks are living for it.

Yesterday, the powers of all three Instagram pages combined as Celeb Spellcheck started doing the Deuxmoi trick where they ask followers to send through anonymous tips about influencers, then they post them on Instagram with the names blurred, leaving viewers to guess who’s involved in the spicy story.

Have a peek at some of the spiciest examples below: 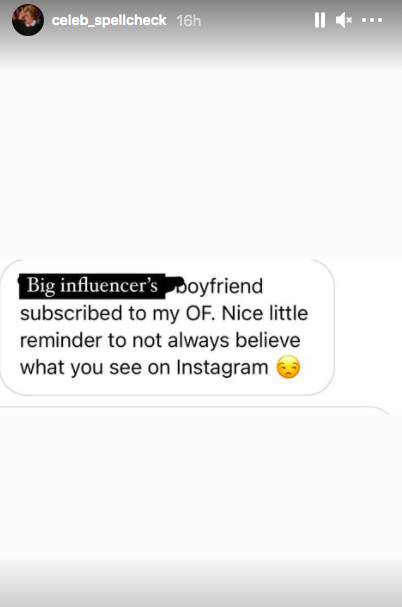 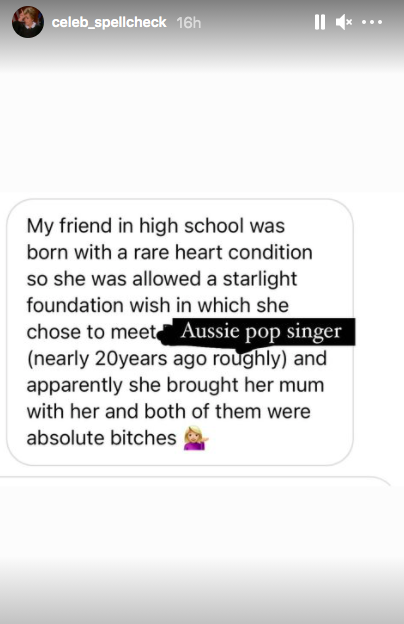 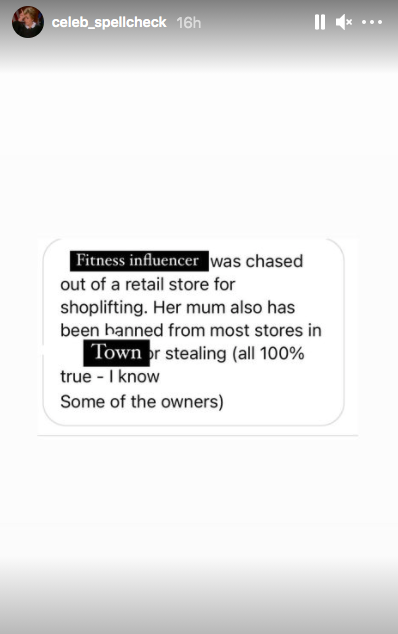 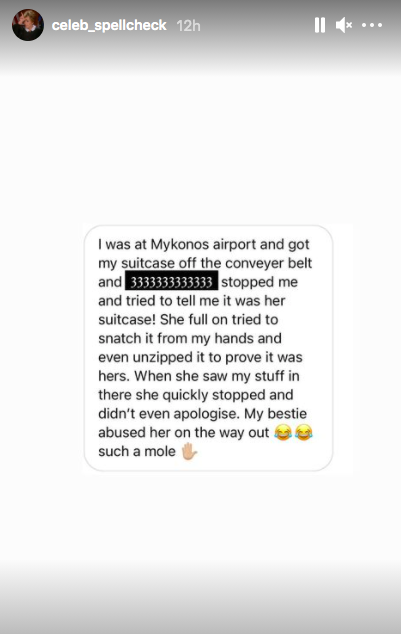 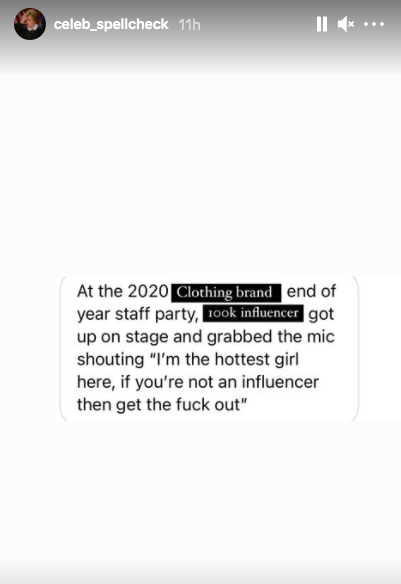 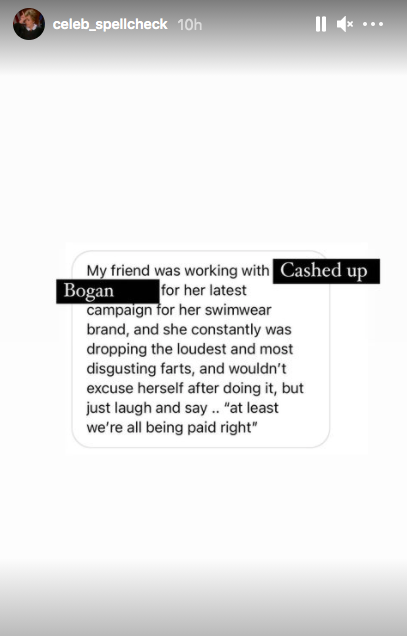 In response to this, Aussie Influencer Opinions has been asking fans to send in their guesses as to which influencers are named in each blind item and I won’t share them here but let me reiterate: spicy, spicy, SPICY stuff.

This formula is one that Deuxmoi has been rolling with for years, only they target international celebrities. Plus their stories range from wild goss (like the aforementioned examples) to industry tea to new films, shows, music etc coming out. It’s not all trashy rumours, they also share deets about upcoming ventures, like Kendall Jenner’s freshly announced tequila brand, 818, which she unveiled yesterday, revealing she’s been working on it in secret for almost four years. But what she didn’t know is that this was low-key the worst-kept secret as Deuxmoi had been posting about it for bloody ages. Sneaky, sneaky.

But anyway, back to our local yokel influencers. Celeb Spellcheck and Aussie Influencer Opinions have both pissed off several influencers over their content and based on this wild update to the posting format, I’m betting more are to come.

For more on Aussie Influencer Opinions, have a read of our yarns here and here, and go chuck ’em a follow.

And as for the iconique Celeb Spellcheck, have a peek at our post about them here and here and hit this to follow ’em.

And finally, for international tea on both celebs and influencers, I recommend checking out Deuxmoi. We’ve interviewed the IRL Gossip Girl here and they can be followed here.