Stale Take: The Bee Movie Promotes Bestiality, So How Did We All Just Let That One Slide?

More than a decade after its release, the Bee Movie has become a staple in Western culture. It’s also become a massive fucking meme.

Remember, that video where every time someone says bee, the film gets faster? Or the one where it’s the Bee Movie trailer, but all the bees are thicc? Yeah well, I may or may not have sent the latter to a Tinder date, who then immediately ghosted me. RIP.

The Bee Movie is incredible. There’s just one very BIG problem with it. It promotes bestiality, or as it’s now been coined, ‘beestiality’. 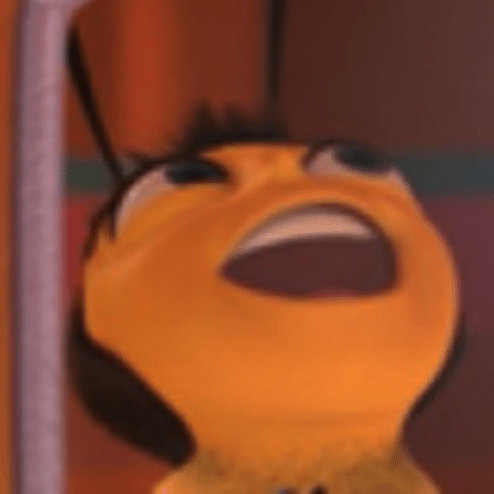 If you have forgotten about that weird bee/human romance from the film, let me remind you of the synopsis.

Barry B Benson (a bee voiced by Jerry Seinfeld) graduates from college and is going through that typical fresh-grad freak out, where you realise full-time work is forever and spiral into a deep, unrelenting existential crisis.

One fine evening, after a pollen-gathering expedition in NYC, Barry gets lost in the rain and ends up on a sexy female human’s balcony. The woman,  Vanessa (Renée Zellweger), catches Barry, after her boyfriend Ken (Patrick Warburton) tries to squash him.

This is where is gets weird. Vanessa and Barry have this absurd sexual tension, where you’re literally rooting for Vanessa to break up with her boyfriend and be with Barry. BARRY WHO IS A LITERAL BEE. WHAT???? 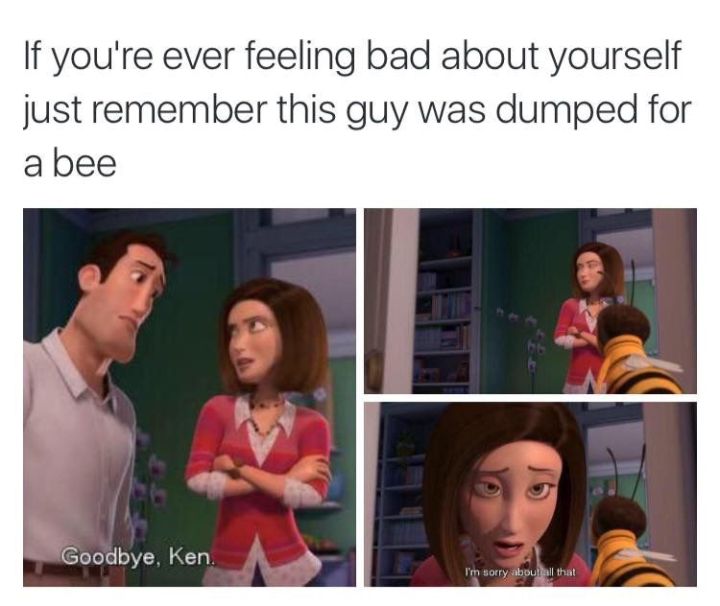 Throughout the film Ken is painted as the bad guy, when he is in fact the ONLY voice of reason.

Why? Because Ken continuously questions the relationship between Barry and Vanessa. He knows bestiality is wrong, unlike everyone else in this freakin’ movie.

My favourite line in the whole film is when Vanessa breaks up with Ken because he tries to kill Barry again and says: “Fine! Talking bees, No yogurt night… My nerves are fried from riding on this emotional rollercoaster!”

I’m not the only one who feels very strongly about the bizarre storyline of the Bee Movie.

There are literally thousands of memes dedicated to these cross-species lovers. 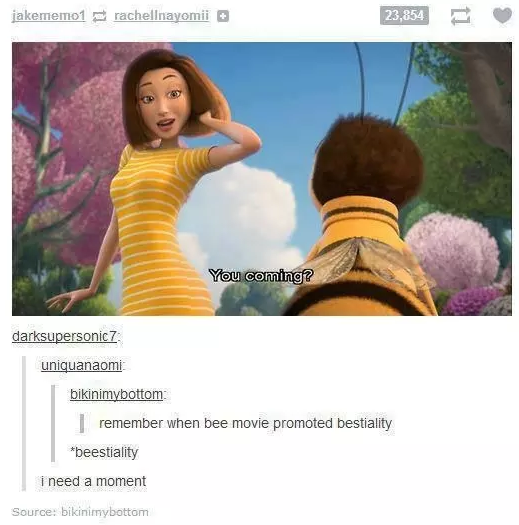 There’s even a Facebook group (which I’m part of) called ‘Men like this are the reason women are falling in love with bees’. The group basically calls out toxic male behaviour on social media and dating apps, and of course, discusses bees.

So what did the people behind the film have to say about the storyline? Well, according to The New Statesmen, it wasn’t actually meant to be that sexual.

Screenwriter Spike Feresten told the publication.“Often we would lose sight of those characters in the room.”

To be honest, I don’t believe they tried that hard to make it “less romantic”, when this scene literally EXISTS.

Exhibit BEE of how hyper-sexualised this movie is.

Seriously, what the hell is this movie?