When news broke that a now-grown-up, former member of the Janoskians was selling his pubes on Insta, I knew I had to get in quick. Luckily for me, Beau Brooks graciously sent me a jar of his finest pubes the next day – via express post, no less.

Brooks, now 27, started out selling feet pics on Insta a few months ago, but very soon a mate dared him to go step further by selling his own dick hair for $300 a pop.

“I ended up selling out of them – I sold three bags and gave one bag to you,” the former teen YouTube star told P.TV.

“It makes you an ultimate Beau Brooks fan, or a Janoskians fan, because you get a piece of me that’s close to you, and you can hold that with you forever.”

Say what you will about decorum, but the dude literally made $900 bucks from shaving his balls (…I hope). Collect that bank, king. 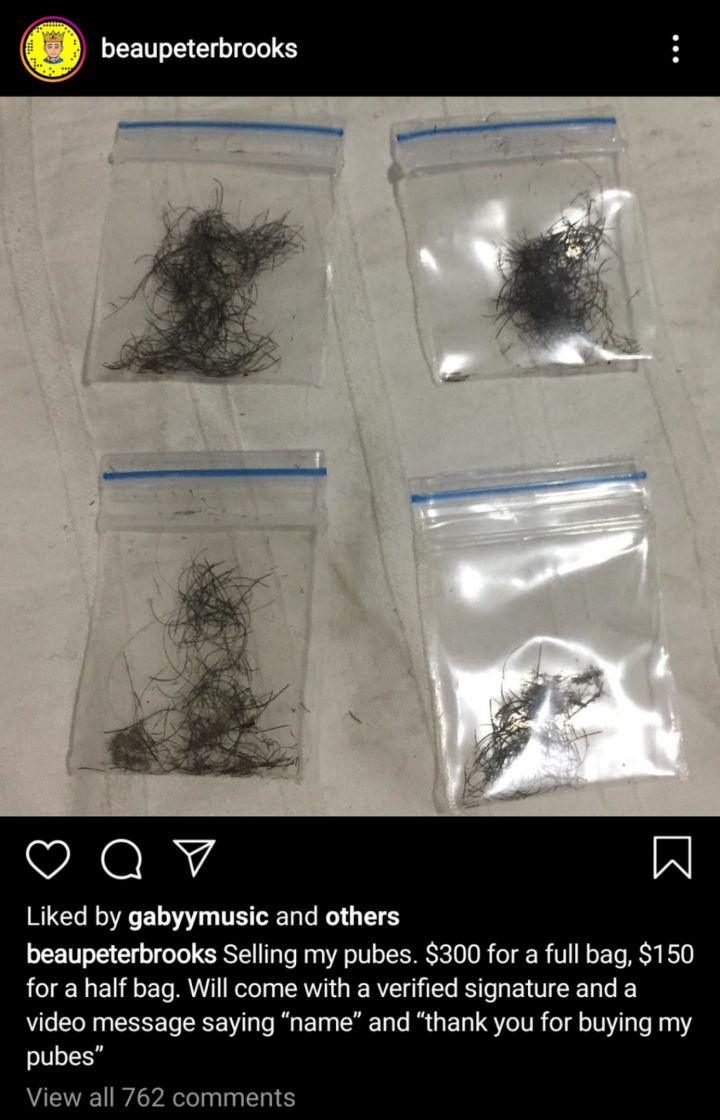 That’s how I got the opportunity to review Beau Brooks’ pubes. The next task was figuring out what the fuck to do with them.

I got a bunch of suggestions, from baking brownies with them to smoking them. But we all know how awful burned hair smells.

That’s why I decided to honour Beau Brook’s pubes by using them as a different kind of hair and sticking them on my goddamn face. 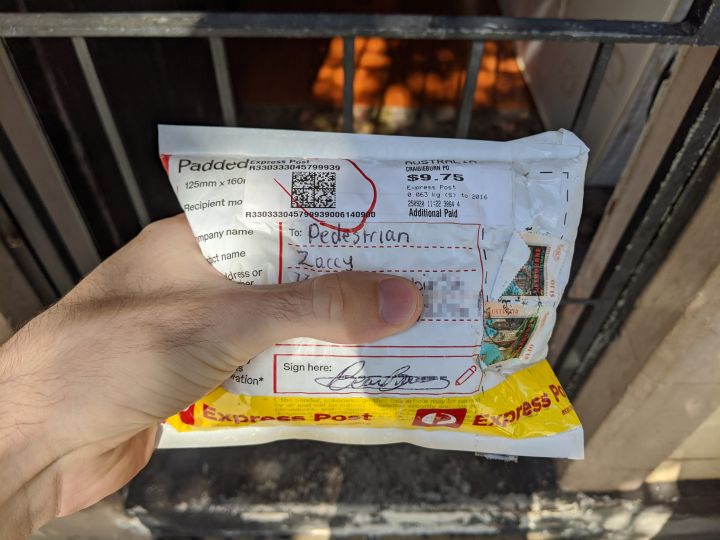 Inside there was a letter with Beau Brooks’ signature, certifying that the pubes were really his.

A kind of deed to the pubes, if you will. His handwriting is lovely. 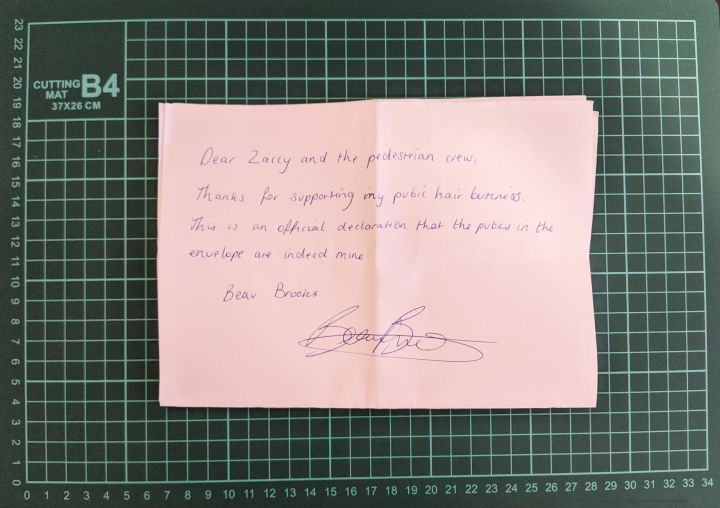 The pubes themselves came in a baggie sealed inside an airtight jar.

No expense was spared in transporting this precious commodity. 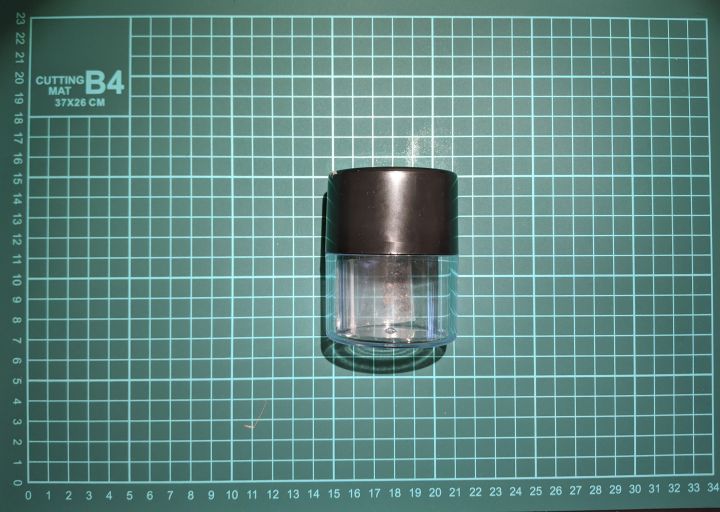 I open the jar and inspect the baggie.

I’m not too sure what pubes smell like – or if they even have a specific smell in the first place – but these ones came with the unmistakable stench of groin.

The package was smaller than I expected, but to be fair, this was a half bag, and Brooks did sell three other bags, meaning the pubes had to be shared around. 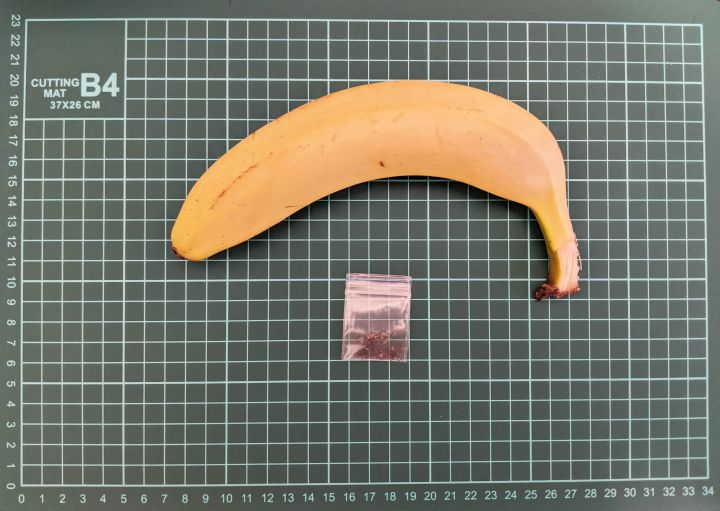 Now, to inspect the pubes themselves.

Everyone I showed them to (quite a lot of people, tbh) agreed that they’re shorter than one would expect – more like eyelash length.

Obviously pubes can come in all different lengths, but the consensus among everyone I showed was that perhaps it’s proper pube selling etiquette to let them ripen a bit before harvesting.

They’re not in the cleanest condition, either, tbh. In fact upon closer inspection, they’re visibly dirty. 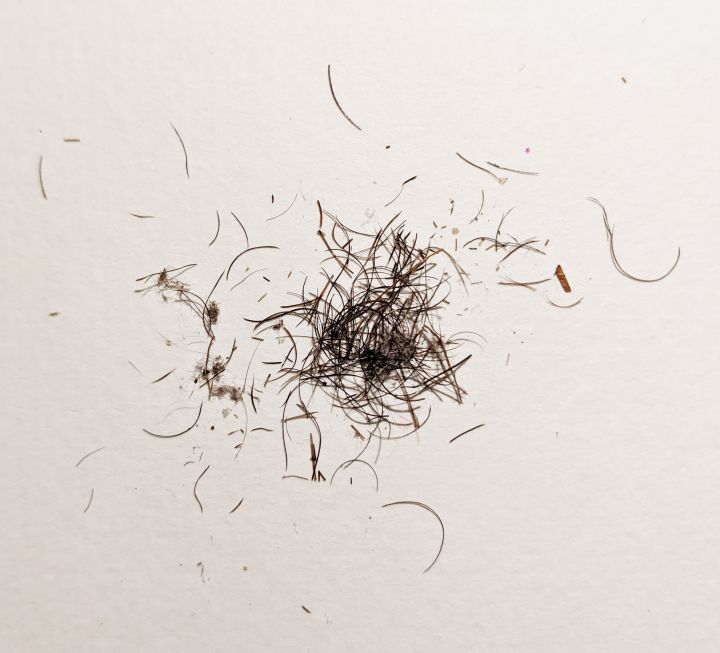 I originally wanted to use the pubes to fill my patchy beard, but even my pathetic excuse for facial hair is longer than the pubes.

That’s when I pivoted to filling the other patchy piece of hair on my face: my monobrow. 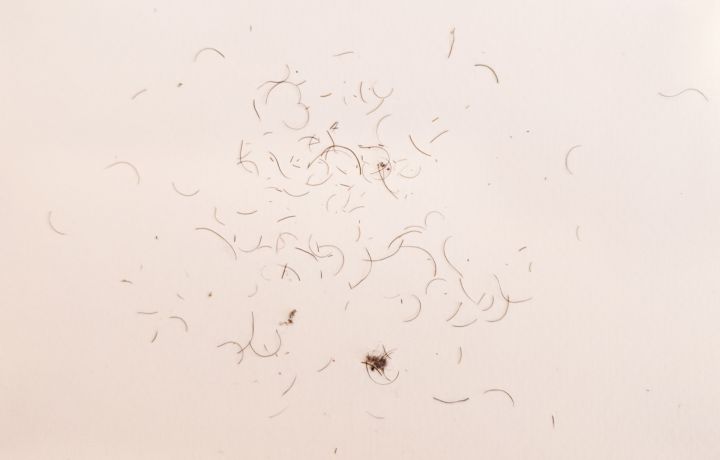 Is it defamatory to publicly contemplate whether or not the grown up Janoskians all have crabs now?

It doesn’t matter, because I’ll find out the answer very soon. (Edit: The answer is no! These pubes are top quality!)

I then set out to extract the hair from whatever else was in that baggie.

I decided to equip myself with the tools of the trade: tweezers and a small bottle of spirit gum, a theatre-grade adhesive used for sticking shit to your face. 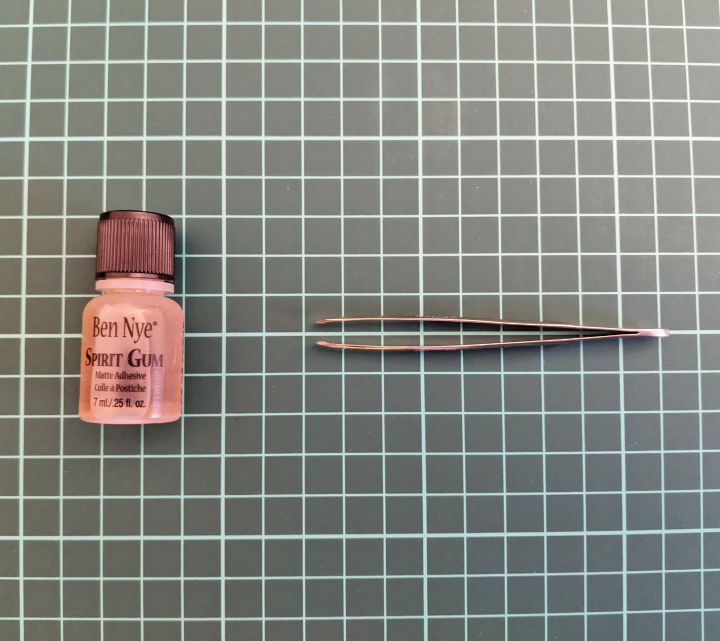 I applied the spirit gum to the patch of skin between my two eyebrows.

One-by-one, I then tweezed as many individual pubes as I could salvage from the baggie and stuck them right onto my face. 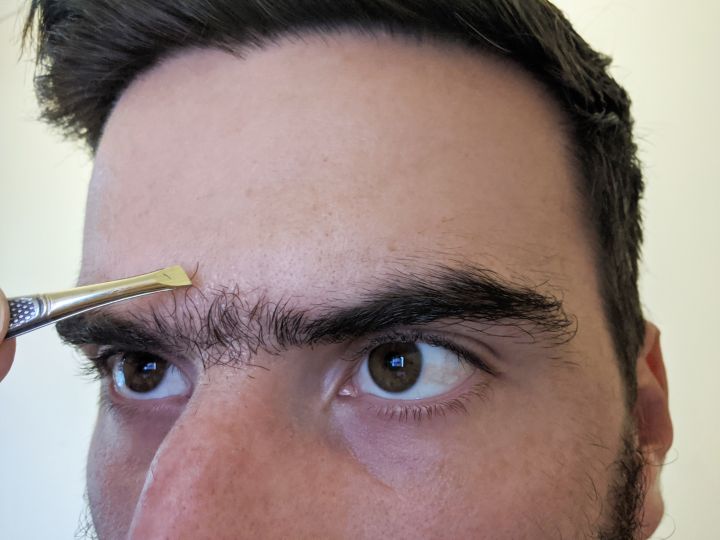 The result was more realistic than I expected. While it’s obviously a different texture to my eyebrows themselves, so too are many monobrows.

That doesn’t mean I look good, though. 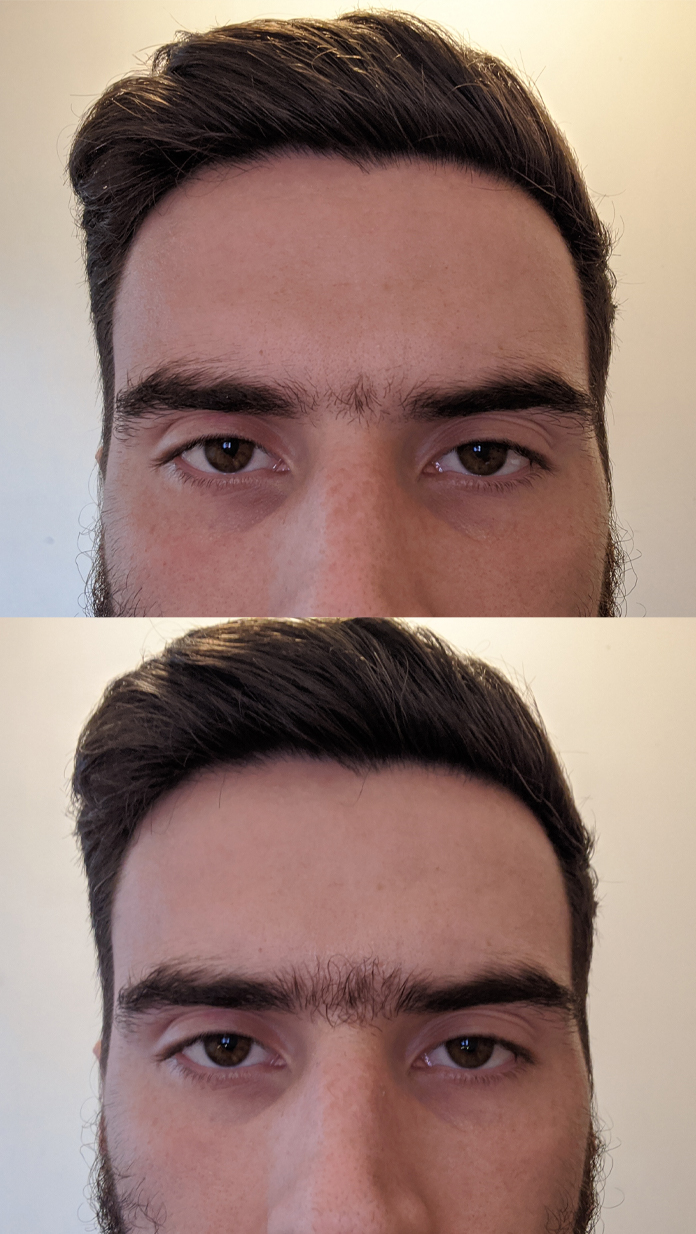 I wanted to become the Frida Kahlo of the antipodes. Antipodes, in this case, referring to the pubic region also.

However I’ve ended up looking more like Bert without Ernie. 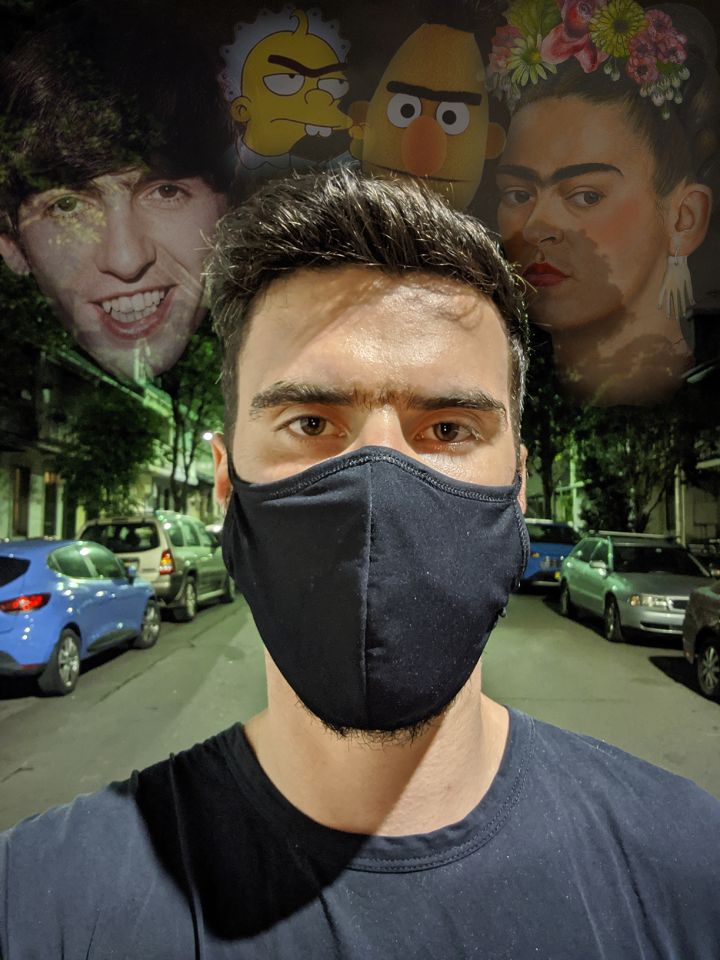 Now that I’ve finished writing this article, there’s just one problem: I don’t have any way or removing the spirit gum from my forehead.

Boy do I have pubes on my face.

READ MORE
NOT A JOKE: Former Janoskian Beau Brooks Is Selling Bags Of His Pubes For $300 A Pop

The pubes are just one aspect of a whole line of merch (and other organic souvenirs) released by Brooks in recent weeks.

Aside from the usual t-shirts, caps and hoodies available at his online store, you can also cop a jar of Beau Brooks’ toenail clippings, molds of his dick, and for the sweet price of $99, a follow on any social network of your choice.

There’re more to come, too. Brooks is now keen to flog his used bath towels and even decanters of what’s supposedly his own piss.

As for his pubes, if you’re sad you didn’t cop a bag this time around, don’t be.

“When the next cycle hits, I’m restocking,” Brooks told me.