A new Maltesers flavour has landed in stores and it’s one that honestly should have dropped eons ago: caramel. How is it 2022 and we’re only just copping caramel Maltesers?

The new treaties do everything it says on the lid. A crunchy caramel malt centre entombed in a shell of delicious milk chocolate. What’s not to love here? It’s all the deliciousness of a Malteser with an extra surprise of yummy toffee caramel. 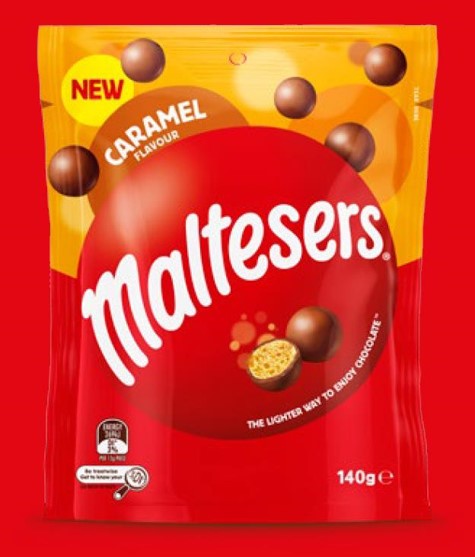 We’ve had the OG Maltesers, then marshmallow, popcorn, dark choc, honeycomb and the double choc ones (my personal fave). But imagine these caramel Maltesers mixed into a bucket of popcorn at the cinema — it’d be like heaven on earth located entirely in the back row of the movies. I’m drooling at the thought.

Picture this: you’re deeply invested in whatever film you’re watching — a Twilight marathon perhaps — and you reach into your mess of semi-molten chocolate and hot buttered popcorn for a snack.

Your brain is fully expecting the bog-standard malty crunch of a Malteser but instead, the hint of candied toffee caramel is complementing the saltiness of the popcorn. It’s so deliciously distracting that you completely forget that Robert Pattinson is covered in glitter and acting for his life on the screen in front of you.

The new Maltesers flavour will hit the lolly aisle in Aussie supermarkets exclusively from July and then be rolled out internationally after that. A bag of these rolly polly bad bois will set you back $4.50 (hot tip: Coles looks like it’ll have them on special for $3.50).

There’s only one thing left to consider — how do you eat these caramel Maltesers? Do you monch them like little spheres of crunch or do you do what I do and suck all the chocolate off until the malt innards melt away like fairy floss in a puddle?