The LGBTQIA+ community is literally screaming out for more same-sex representation in mainstream television and it’s about damn time we start seeing some change!

Let’s take major teen drama Riverdale, for example. If you’re wondering why the leads are all heterosexual folk (I’m referring to the four leads, so don’t @ me about the secondary peeps), you can’t go blaming the actors and actresses ‘coz at least one of them is 3000 per cent down for a same-sex romance.

During his appearance at Oz ComicCon, babetown KJ Apa was asked how he’d feel about his character Archie Andrews getting with Kevin Keller (played by Casey Cott), and his response has us all howling our lungs out: “Love it, let’s go!” He told a curious fan.

He went on to spill some more tea about the LGBTQIA+ representation in the show, revealing that his Kevin is actually his fave character!

“I would play Kevin. Kevin’s my favorite character, and I tell Casey Cott that all the time. Casey’s one of my best mates.” 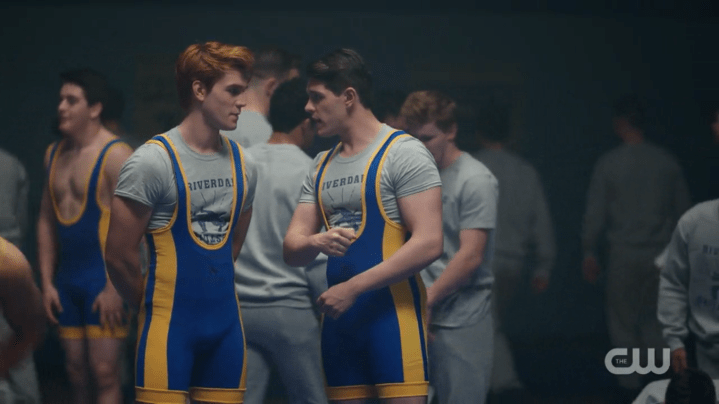 I ship the hell outta this!

As the tasty KJ intel went viral across the internet, Riverdale fans went wild with excitement over the prospect of an Archie x Kevin romance. Not bromance, ROMANCE!

Another tasty tidbit that was unleashed during the convention was Apa’s Hogwarts house and frankly, I’m not at all surprised to learn that he’s a Gryffindor.

“I reckon I’d be in Gryffindor, I reckon. Is that the one Harry Potter’s in? And I think [Cole Sprouse] would be in Slytherin. What would [Casey Cott] be in?” to which the fans replied, “Hufflepuff!”

As an out and proud Hufflepuff, I would happily share a house with Cott! Speaking of sharing, errybody jump onto Twitter and share your thoughts on an Archie x Kevin relationship.