I remember an urban legend kicking around at my primary school that an ex-student shoved boogers in the bubblers and from that point on, I strictly drank from my water bottle and if it was empty, I went without for the day.

The tale instilled in me a deep-seated fear of public drinking systems and this gross-ass video certainly isn’t helping any.

A Melbourne-based Pomeranian owner has been caught washing her dog’s butt in a public water fountain at Fawkner Park in South Yarra.

A horrified witness posted the footage to Reddit, sparking disgust from users who said it was “so wrong”.

“She did the dog bidet thing, then took the poor dog to the ladies,” the user wrote, after watching the incident unfold at Fawkner Park in South Yarra.

“Then back to the fountain for a cool refreshing blast on the old butt hole. 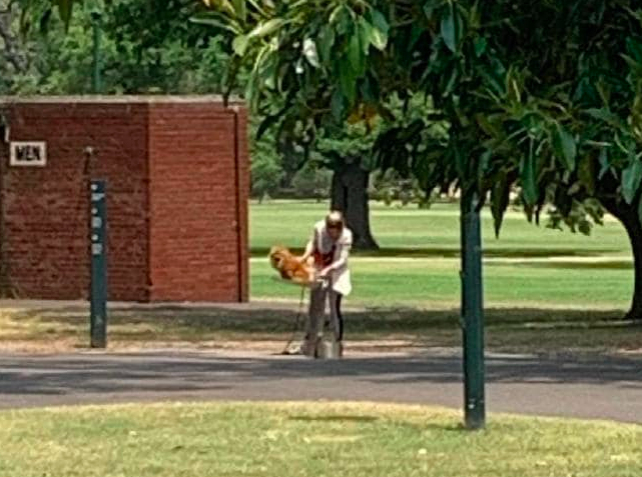 The user said their partner had a go at the woman, saying it was disgusting and the woman walked off.

“About five minutes later an older guy took a drink from the fountain, as he was wiping the drops of water off his face I decided I didn’t have the heart to tell him he just used the dog bidet,” the user said.

The user assured folks that they logged a request to clean the bubbler through the City of Melbourne and thank christ for that.