Drummond pleaded guilty to assaulting a woman and a male bystander in Sydney, but was only placed on a good behaviour bond. Following the case, Judge Robert Sutherland‘s comments in court were called out by activists like Chanel Contos, as well as the victim of the assault herself.

Judge Sutherland told the NSW court that Drummond’s victim’s “dress might have been perceived by a former student of Knox to be provocative,” before deeming the assault convictions as not “necessary.”

In response, Ovira sent four moving billboards to be parked outside of Downing Centre Local & District Court, with quotes from Judge Sutherland written across them.

The billboards read: “Thank your lucky stars,” “He’s had an unhappy year,” “Her dress may have been perceived as provocative” and “Good luck with the coaching”. 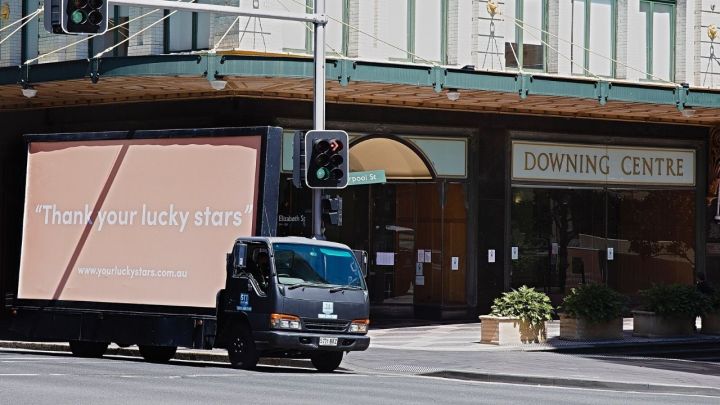 “The fact that Judge Sutherland [did not record any] convictions, in this case, sends an extremely damaging message to women experiencing violence,” said Ovira founder Alice Williams.

“We are making it clear that as a community, we have an urgent responsibility to demand sweeping reforms in the judicial processes and criminal justice system so we can create a safer future for women.”

“This is just one case in a system that fails women – but there is hope for change,” she continued.

“We want to use this moment to shine a light on their work and send a message to survivors – that you are not alone and support is always available.” 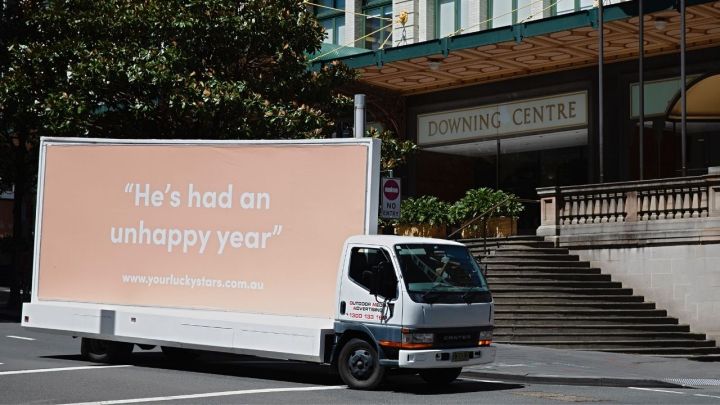 In an interview with Daily Mail Australia, the woman who was hit by Nicholas Drummond says the court results and Judge Sutherland’s comments left her feeling “disappointed”.

“I’m extremely disappointed with the judge’s comment as I feel that what I was wearing shouldn’t have even been commented on,” she said.

“It made me feel as if his actions were almost justified.”

“I didn’t consider a long sleeve top and shorts provocative. I went to a private school myself and none of my friends seem to be so offended by what I was wearing,” she continued.

“It’s a shame. I thought we were definitely progressing in society and women were being heard but clearly not.”

The four new billboards sent out today come shortly after Ovira sent a billboard to Knox Grammar, aimed at ex-student Nicholas Drummond, which read “You will not silence our pain.”

READ MORE
A 21 Y.O. Former Knox Grammar Student Is Suing The Sydney School After A Locker Fell On Him

Drummond has since apologised “unreservedly” for his actions, and has promised to do “whatever I need” to earn a second chance. In his apology, he also mentioned that Judge Sutherland’s comments were “regrettable.”

“I would like to offer an unconditional apology to the people I have hurt by my actions.  They fill me with shame and regret. I am deeply remorseful,” wrote Drummond.

“The judge’s comments are regrettable and have exposed me to intense media scrutiny.  But the fact remains that I was at fault and I must own it. I fully accept responsibility for my actions.”

Help is available. If you require immediate assistance, please call 000.