The Veronicas were forced to abruptly cancel their performance in Sydney on Saturday night. Sources tell us it left fans feeling “so untouched right now”.

The music duo were scheduled to perform a 20 minute set at Bingo Loco XXL. An event that is exactly what it sounds like — a giant bingo rave complete with musical acts and booze.

Sounds like a massive step up from retirement village bingo TBH. Although on second thought, I bet the scones at Bingo Loco aren’t even remotely up to par.

Unfortunately for everyone involved, a random bloke popped up on stage minutes before The Veronicas were scheduled to perform to inform fans of the sad news.

The crowd wasn’t too happy and broke out into a chorus of boos.

Veronica twin Lisa Origliasso revealed the circumstances behind she and her sister Jessica’s surprise disappearance in a post on her Instagram Story on Sunday morning. 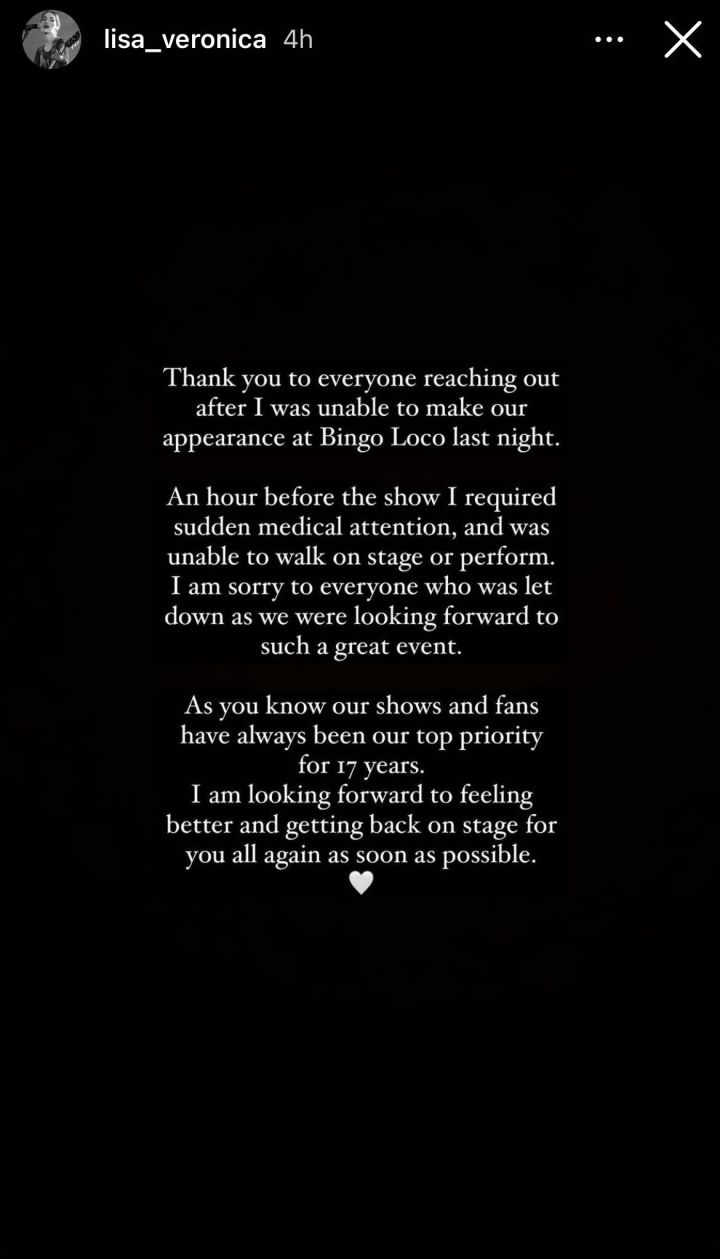 “Thank you to everyone reaching out after I was unable to make our appearance at Bingo Loco last night,” the 37-year-old musician wrote.

“An hour before the show I required sudden medical attention, and was unable to walk on stage or perform.

“I am sorry to everyone who was let down as we were looking forward to such a great event.

“As you know our shows and fans have always been our top priority for 17 years.

“I am looking forward to feeling better and getting back on stage for you all again as soon as possible.”

The Veronicas revealed they lost their mother to a rare brain disorder late last year.

The Veronicas also appeared on Australia’s Celebrity Apprentice and called out the show for giving them a gnarly edit.

Our fingers and toes are crossed that Lisa pulls up okay and that she can return to the bingo rave stage in the very near future.