FECK YES: ‘The Other Guy’ Starring Your Boi Matt Okine Is Defo Getting A Season 2

Local streaming giant Stan has today announced that Stan Original Series The Other Guy starring big ledge Matt Okine has been renewed for a second eason.

The series follows top notch radio host AJ Amon (Okine) who returns to the dating scene after discovering that his GF has been cheating with his best mate. Tough go.

Season two picks up five months after season one and according to the press release issued by Stan, we’re in for even more drama this time ’round.

AJ Amon has lost everything – his house, his job, his best friend – and to make matters worse he’s just found out his ex-girlfriend is pregnant and it may or may not be his. When a producer approaches AJ to make a TV show about his shitty life, he thinks he may finally have an opportunity to get back on top. But how do you make a show about your life without pissing off everyone in it? Will AJ use the show to get revenge on the people who wronged him or will reliving the past only keep him stuck there?

Okine received universal acclaim for his role and was nominated for a rising star award at the AACTA’s. Break-out star Harriet Dyer, who also received praise for her role as AJ’s best mate Stevie, will return for season 2. 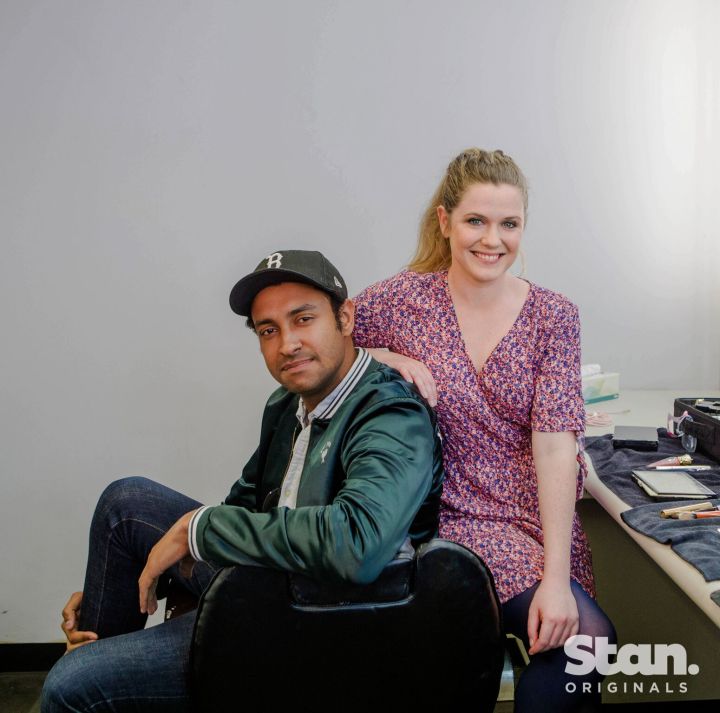 “To have the opportunity to make season two of The Other Guy is genuinely a dream come true, and I’m super proud that we get to keep making such a funny, unique show with the rawness and honesty that made the first season so well-loved,” says Okine.

“I’ve also been putting a lot of mental preparation into filming because it’s impossible to keep a straight face when you’re working with Harriet Dyer, who is hands-down one of the funniest people and performers I know. I can’t wait to show Australian and international audiences the next chapter of this story.”

Filming will continue in Sydney in the coming months so keep your eyes peeled for Matty boi, Sydneysiders.

I leave you now with the blooper reel from season one. You’re welcome.