Say goodbye to sleep ‘coz the freaky as fuck doll that plagued ya back in the 80’s, 90’s and noughties is set to make a comeback as MGM is developing a remake of the 1988 horror classic Child’s Play.

The flick will be directed by Lars Klevberg, the guy who worked on upcoming horror movie Polaroid, with Tyler Burton Smith penning the script, whose credits include Kung Fury and the video game Quantum Break.

And ya know it’s in great hands with David Katzenberg and Seth Grahame-Smith as producers, who worked on recent old school horror movie remake, It.

Production is set to start in September in Vancouver. 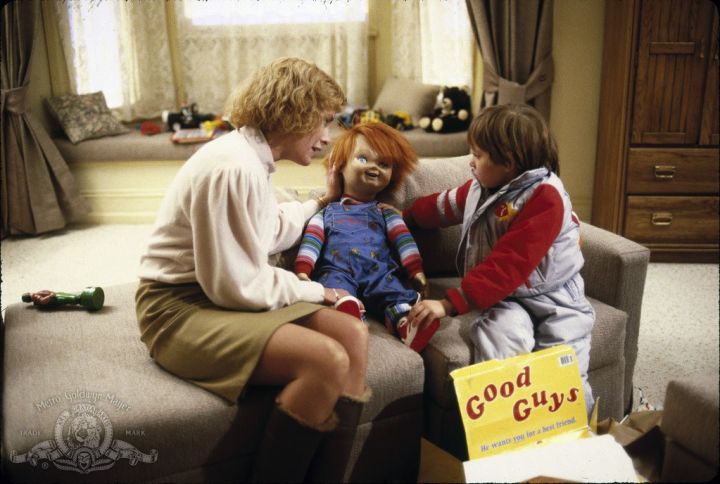 Details like the plot and the cast remain unknown but Collider has learned that it’s a contemporary reboot involving a group of kids and a demonic doll.

We’re defo in for a freaky treat with the new and improved Chucky doll who will reportedly be a technologically advanced version of the demon toy that scared us way back when.

As you’ll remember, Child’s Play creator Don Mancini recently announced that a Chucky TV series was in the works via the following tweet:

It’s currently unknown if the series will link up to the film or be its own thing as Universal own the home entertainment rights while MGM has separated the rights so that it can move forward with a movie.

In any case, the original Child’s Play is currently streaming on Stan so click HERE to revisit the franchise’s terrifying beginning.