I am shit at a lot of things and I very rarely get cocky, but that all changed last night when the MasterChef judges revealed round one of Sunday night’s elimination challenge was “name that fish”. I have done jack shit in isolation, but on a formerly deserted island far, far away is a bustling metropolitan* I built from the ground up. I am of course referring to Animal Crossing: New Horizons, where you spend a good portion of your time… fishing.

(*not actually. It’s more like a regional town at the moment, two or so hours away from Melbourne.)

This is the first thing I thought of when I saw the challenge and I wasn’t the only one.

I reckon if I played @animalcrossing earlier I would recognise more fish. FIN. #MasterChefAU #AnimalCrossingNewHorizions

Animal crossing has prepared me for this challenge, I say to myself as I can’t name half the fish on the table #MasterChefAU

I couldn’t name all the fish, but I did pretty alright considering I know very little about fish. Blathers would be so proud. And so would the fishmonger from my local market who I used to bug endlessly about which fish is which.

Behold, the fish I very confidently guessed the names of based on its (maybe) illustrated counterparts I caught in Animal Crossing. Or, you know, fish that looked similar. I have also included some others I mumbled to myself because I wasn’t too sure. 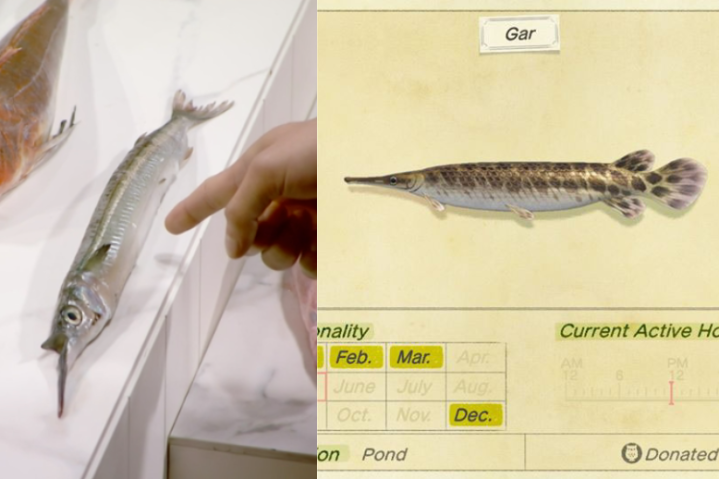 Or as I like to call it: pointy fish you can find in ponds. I like and know the gar fish well because it sells for 6,000 bells. (fake) Money talks, my friends.

The olive flounder in Animal Crossing is easily one of the most recognisable ones in the game because of its shape. Is the flounder on the left an olive flounder? I don’t know!! I just know it’s a flounder. 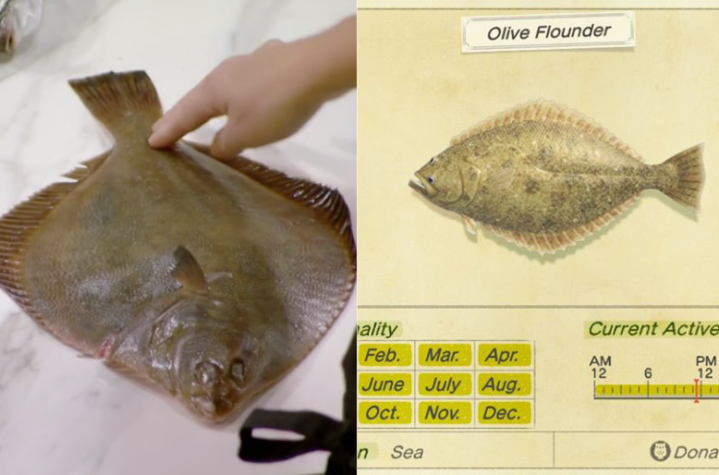 The flounder is not to be confused with the dab, who looks quite similar to the flounder in Animal Crossing. Capture phrase: “I caught a dab, not bad!”

Capture phrase: “I caught an olive flounder! That’s not the pits!”

I love (hate) the capture phrases.

The moment Callum pointed at the fish I said aloud, “RED SNAPPER”. I’m technically wrong because it’s actually a pink snapper, but look – potato, potahto. I’m still counting it. Also, I bloody love the red snapper in Animal Crossing. You can sell it to Timmy and Tommy Nook for 3000 bells, as opposed to 400 bells for a sea bass. “I caught a sea bass! No, wait – it’s at least a C+!” I can’t talk about the fish without saying its capture quote now. Help me. 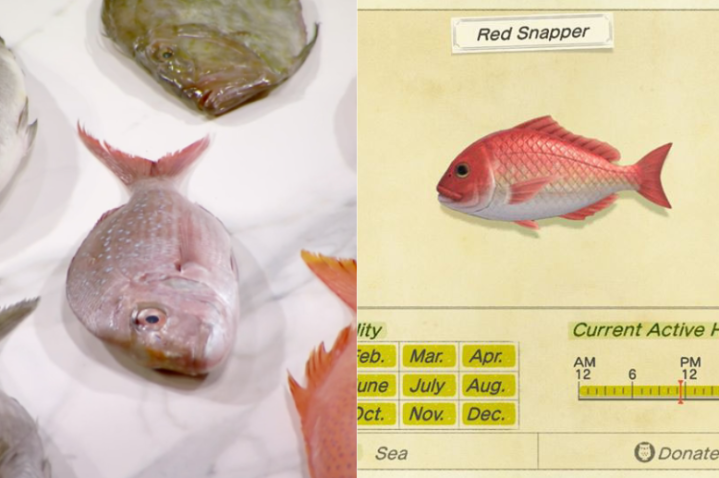 To be extremely honest with you, it was a big fish with dots on it so I just thought “salmon”. DING, DING, DING. 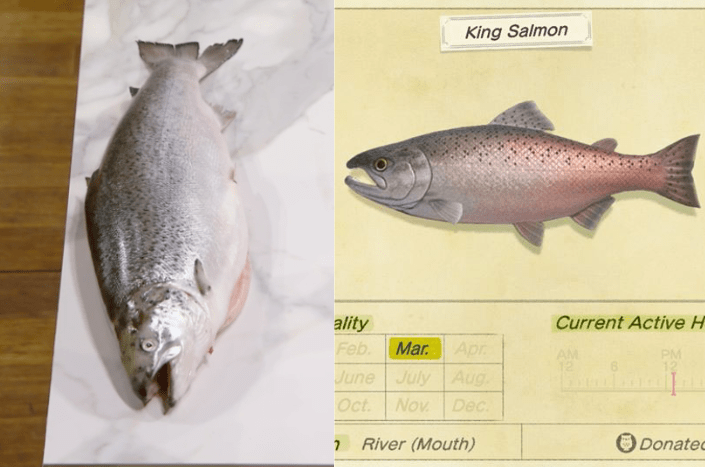 The rainbow trout got dropped from New Horizons, but it was definitely in New Leaf. Its pixelated image is still in my head. Don’t ask me how I remember that – my brain is filled with random shit. In New Horizons, you can find the similar looking golden trout.

I have yet to catch the golden trout which is annoying me greatly. 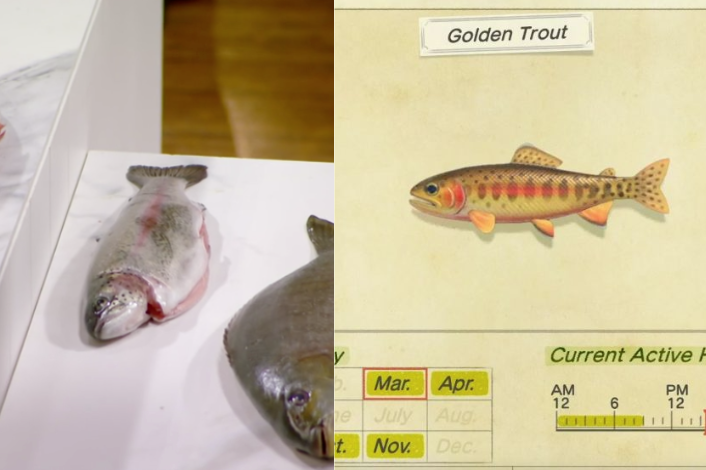 Animal Crossing aside, I also recognised the flathead (because of its literal flat head), the red emperor, and the barramundi. That’s eight fish. Eight. ME, a fish-ignorant human guessed eight fish in a MasterChef challenge. Blathers would be proud.

For this week’s MasterChef power ranking, aggressively click on the below.