Where The Fuck Did Chris’s Hat Go On ‘MasterChef’ Last Night? An Investigation

Though last night’s MasterChef offered up many mysteries, like how does Poh manage to be a bit hot mess during ordinary challenges but an unstoppable beast in a Pressure Test? Or did Ben Ungermann just break that poor EnterViaLaundry lady’s signature dish by ignoring the “stir for 20 minutes” directive and just jamming it through a sieve? But the one that kept me up at night – the mystery that robbed me of many hours of sleep – was just where in the blue hell did Chris Badenoch‘s hat go?

Throughout his entire MasterChef runs, from his original stint in season one through to his Back to Win return this year, the fedora has been more or less superglued to his head like a carnival sideshow.

It’s his signature. His go-to. His old faithful. It’s with him through his toughest cooks, and it’s even with him when he rests comfortably on the gantry.

And yet last night, in an episode where he had to do little more than stand around and watch, it was gone. Nowhere to be seen. Mysteriously vanished.

It was gone at the start of the episode when the contestants in black were lining up to hear what horrors they’d be put through in the looming Pressure Test. 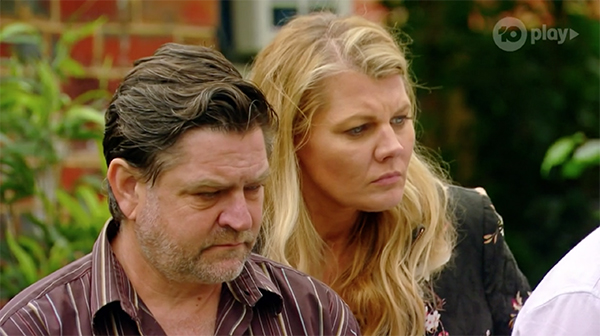 It was nowhere to be seen when they all spent several minutes trying to figure out just what in the holy fuck “Pasta Not Pasta” is supposed to even mean. 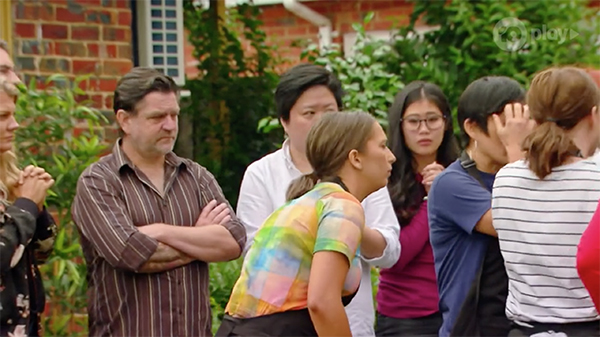 There wasn’t a trace of it during the cook, when Ungermann was ignoring his written recipe and flapping around the kitchen like a blind trout. 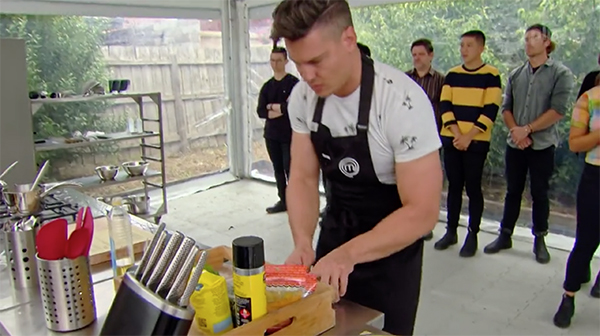 All evidence of it had vanished by the time the judges verdicts were being read. 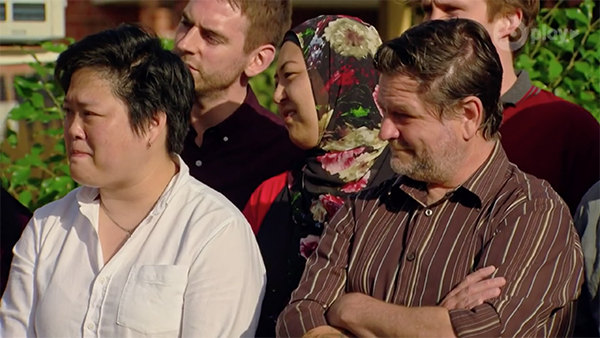 And there wasn’t even the barest mention of it when sweet Rose was saying her triumphant goodbyes. 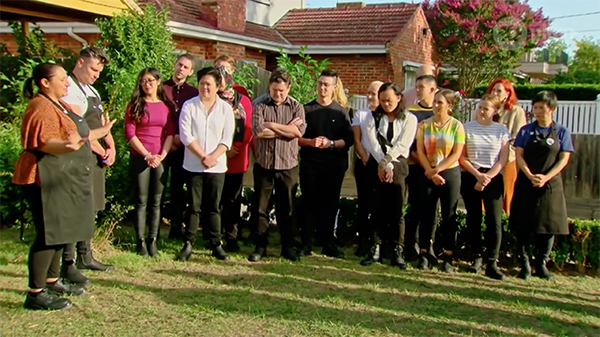 Where the hell was it? What on Earth could have happened to it? Where the blue hell did Chris’s hat go?

I have a theory.

First, it’s important to address the elephant in the room: Chris has, on different occasions this season, appeared in a MasterChef episode sans hat. He has revealed his perma-damp butcher’s mop to the camera previously. That is known.

However, last night’s episode takes place largely outside, exposed to the elements, in full sunlight. Observe the way Chris tilts his head downwards, shielding his eyes from the glare of the summer sun. That is not the face of a man who had prepared to leave the house with a hat on that day. That man full expected his signature brim to be with him.

So my theory is that something else – something more sinister – happened to the hat between leaving for the day and arriving to the set.

EXHIBIT A: It Was Chilly That Day

We know for a fact that MasterChef began filming at some point in January, and we know this because we’ve seen reports confirming as much. So ordinarily, with a peak-summer shoot schedule, you’d expect any outdoor shoots to take place in blistering heat.

But look at the contestants. Specifically, Brendan, Hayden, and Reynold. 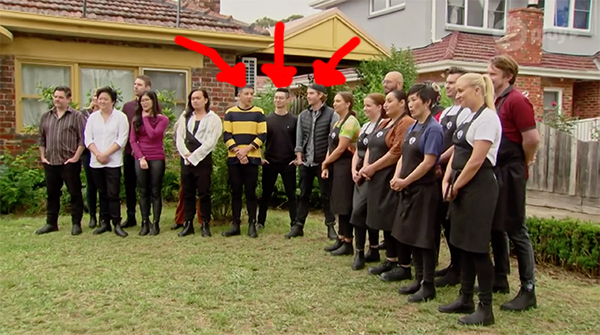 That is not hot weather attire. Far from it. Long sleeves, thin crew neck sweaters, a puffer vest. For three boys not used to Victorian low temperatures – Brendan is from WA, Reynold and Hayden from NSW – this suggests that the weather that day was decidedly cooler than what you might ordinarily expect for a summer’s day in Melbourne.

EXHIBIT B: It Absolutely Chundered With Rain The Day Before

During the Thai Ute group challenge, which we assume was shot the immediate day prior, contestants had to contend with a ferocious downpour that flooded their makeshift kitchen.

Given that MasterChef began filming in January and we are now in what’s ostensibly week four of the competition, we can cross-reference Bureau of Meteorology weather observations for a period covering roughly mid-late February.

Lo and behold, what do we have here:

On Wednesday the 19th, Melbourne experienced rainfall of 38.0mm, the city’s highest daily precipitation for the month of February.

The next day, Thursday February 20th, temperatures in Melbourne peaked at just 18.7 degrees. Not enough for locals to put on long sleeves, but certainly enough for warmer climate boys to reach for cozier attire.

EXHIBIT C: It Were Fair Windy That Day

Assuming we’re correct and that Thai Ute was filmed on Wednesday, February 19 during the month-high downpour, and that EnterViaLaundry was subsequently filmed on Thursday, February 20, we can now look at other factors that were in play that day.

That week in Melbourne happened to also be the windiest week of the month. On February 18th, month-high gusts were recorded across the city. The Fawkner Beacon in Port Phillip Bay recorded a gust of 106km/h, according to Bureau data. Similarly, that day say weather stations in Melbourne record month-high peak gusts of 52km/h.

Two days later, the lingering high winds were still present. As you can see in the table below, on Thursday, February 20 a peak gust of 33km/h was recorded, with gusts emanating from the south. 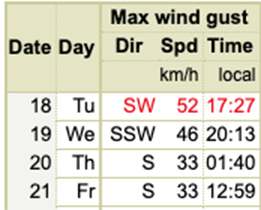 Topographically, the suburb of Box Hill – where EnterViaLaundry is reportedly located – is vulnerable to southerly winds given the flat terrain that rests between it and the shores of Port Phillip Bay, as well as the elevated terrain immediately to the suburb’s east in Burwood East and Blackburn South, creating what I – a man with no meteorological expertise whatsoever – can only hypothesise is some sort of concentrated wind tunnel or bowl.

EXHIBIT D: It Doesn’t Take Much To Blow A Hat Off Your Head

According to data from the clearly reliable Fedora Lounge Dot Com forums, wearing a fedora hat – which is Chris’s signature chapeau – is not advised on days where conditions call for winds of 10mph, or around 16.09km/h. Without the additional insurance of “wind cords,” the website’s users suggest the fedora may be easily whipped off the head in conditions that exceed that mark.

Given all the evidence available to us – the weather factors, the filming location and the topographical conditions, and the scientific data available to us, the only logical conclusion to draw here is that Chris did indeed leave the house that morning wearing a hat, only to have it whipped off by the wind never to be seen again.

Perhaps the hat in question landed in the Yarra, rendering it un-rescuable. Maybe a passing car ran it over, compromising its structural integrity beyond repair. Mayhaps a fucking magpie stole the bastard.

The fate of the hat itself is, sadly, a matter of mere speculation. But what I can say for absolute certain is that, at some point during the day, it was blown clean off his head. And that is, from my point of view, an indisputable fact.

But also maybe he just didn’t wear one that day.