It feels like gay marriage becoming legal a few years back has left people with the misguided impression that everything’s fine and dandy for the gay community and we’re finally being treated as equals. But if the latest season of MAFS proved one thing, it’s that we’ve still got a long fucking way to go.

Married At First Sight Australia has been airing since 2015, and yet somehow Liam Cooper, a contestant on this year’s season, was the show’s first-ever bisexual groom and based on the way he was treated by his co-stars, I wouldn’t be surprised if he’s the last. 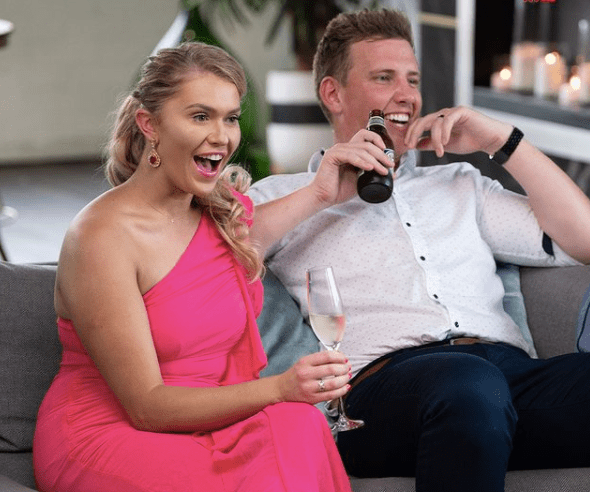 Despite stipulating from the get-go that he wants to marry a woman and is therefore interested in pursuing a relationship with Georgia, he still copped shocked faces and awful laughter from his comrades on the show. As a gay man who literally grew up being treated like a circus freak because of his sexuality, it was pretty heartbreaking to see that this kind of shit is still happening.

Then the subtle homophobia that was being conveyed on-screen (the snickering, the side glances, treating him like an ‘other’) evolved into overt hate speech when that fucking homophobic video got out, featuring Jason Engler, Georgia Fairweather and Johnny Balbuziente, and we saw how those three truly felt about sharing the MAFS stage with a bisexual man.

The video legit took me right back to high school as it showed three heterosexuals freely expressing their hetero privilege and innate homophobia and racism by mocking their minority peers (both Liam’s bisexuality and Alana Lister’s ethnicity), then circulating the footage on social media for everyone to laugh along with them.

But as shocking and vile as that video was, the way MAFS handled the controversy was just as bad and serves as a reminder that homophobia is alive and well and engrained in our society.

After seeing the video and finding out via the So Dramatic! podcast that it would be raised in the MAFS finale (have a listen to the ep here for the explosive details), I thought, ‘Fuck yeah! Those three are laughing now, but I can’t wait for them to be held accountable in front of the nation in the final ep!’

But the scenes showing Jason Engler, Georgia Fairweather and Johnny Balbuziente being taken to task were left on the editing room floor. Not only that, but all three fuckwits were allowed to appear in the reunion without so much as an on-screen apology for that cooked video.

They received no punishment, no accountability, and Liam did not get the justice he deserved (aside from a half-assed apology to the Daily Mail).

Liam was let down by Georgia, who responded to his openness with judgement, which essentially painted him (and other bi people) as devious and untrustworthy because apparently a straight woman couldn’t possibly enter a normal relationship (well, as normal as a reality TV relationship could be) with a bi person.

He was also let down by his co-stars, who treated him as an ‘other’ and even made a homophobic video about him that was shared on social media with the intent of humiliating him.

It devastates me to see how he was treated on MAFS this year, but it devastates me even more to think that young queer people were watching this season and hoping that in 2021, we had moved to a point where their sexuality was validated, or at the absolute fucking least, not made fun of in front of the nation. But they, along with Liam, were let down.

We’ve been begging for queer representation on-screen for years, but this is absolutely not what we wanted. We all need to do better.