Kourtney Kardashian has ripped into her fans after becoming the latest Kar-Jenner sis to be accused of photoshopping her snaps.

It all started when the Poosh founder shared the following pic to her Instagram Story: 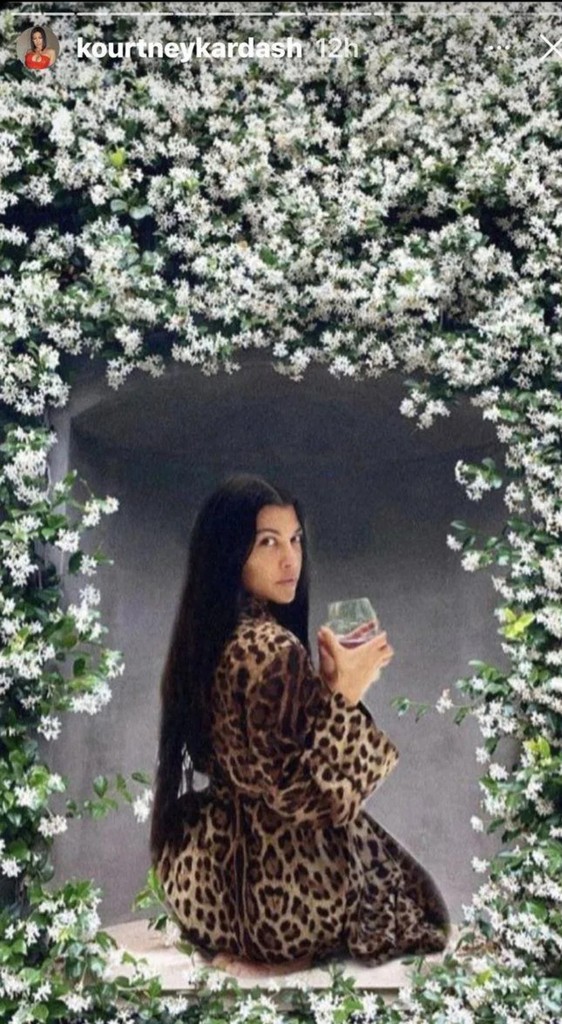 After noticing the photoshop allegations online, Kourtney promptly deleted the snap, then reshared it with the following caption: “OMG R U SERIOUS THIS IS A FAN EDIT.”

“FOR BETTER WAYS TO USE YOUR TIME, INSTEAD OF ANALYZING EDITS OF ME, follow @poosh,” she cheekily added.

It comes after a slew of her family members, including momager Kris Jenner and lil sisters Kim Kardashian and Khloé Kardashian, were accused of editing their pics.

Earlier this week, Kim deleted a gallery of beachside pics after fans pointed out that one of the pics appeared to be photoshopped.

She then reuploaded them with the photo in question noticeably absent from the carousel.

And last week, Kim seemingly made her mama Kris Jenner delete and repost a gallery after fans pointed out that one of the pics wasn’t as edited as Kim’s pics usually are.

Before it was deleted, there was a Reddit thread discussing the pic and one fan wrote: “I’m surprised KJ got away with posting this (seemingly) unfiltered pic. They both still look great tho!”

“Sheesh you can really tell a difference. They still look great though!” another fan added.

Meanwhile a third fan wrote: “I think it’s def still filtered, just not AS filtered as we usually see. I think Kim doesn’t really like her kids to be filtered but I def could be wrong.”

Shortly after, folks in the Reddit thread noticed that the pic had been scrapped.

“Omg she took this down! It’s not posted anymore!” the fan wrote.

And don’t get me started on all the photoshop scandals Khloé Kardashian has been embroiled in!

Kourtney Kardashian may have been the first one to address the photoshop rumours, but she certainly wasn’t the first to be accused. When will this end???