Khristmas 2k18 is kancelled, folks. Burn your trees, smash your ornaments with a mallet, pour your eggnog down the sink. It’s over, and I’ll be waiting out the sobfest in my bunker until New Year’s.

Why the grinch-like attitude, you ask? Well, Kim Kardashian has just confirmed that she and her fam might be robbing us of a Christmas joy that we’ve relished in for years: the infamous Kardashian Christmas card. 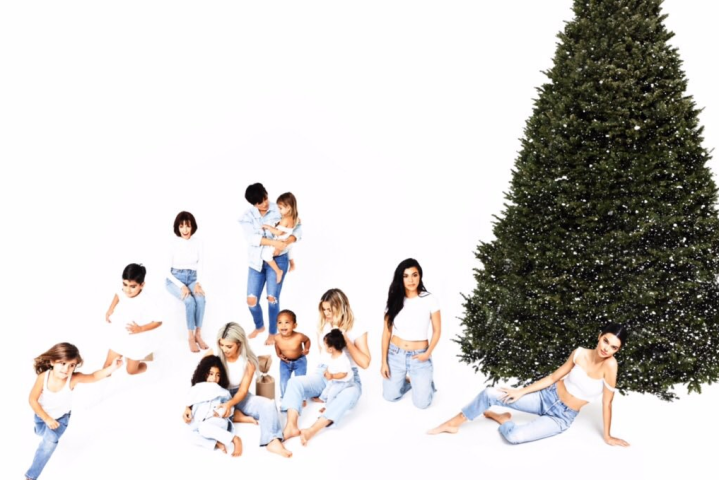 Turns out that as a result of all the drama surrounding the fam lately, including Tristan‘s ongoing cheating scandal and the rift between Kourt and her sisters, the fam might be sitting this one out.

“I feel like with the drama that happened last year, we may not get a Kardashian Christmas card this year. I’ll be cool with a West family one tho,” a fan posed.

“Wow reading my mind,” Kim responded, confirming that a Kar-Jenner Chrissy card won’t be happening and a West fam piccy might be popping up in its place.

Those who have been, excuse the pun, keeping up with the Kardashians via the latest season of their reality series will know that last year’s Christmas card was the source of a whole lotta drama that was brought up again IRL as the show aired.

Last year Kim planned the Christmas card photoshoot but Kourt was too ~busy~ to spend a whole day on set which resulted in the following ICONIC exchange:

But nothing is official in my eyes until momager Kris Jenner has a say so we’ll wait and see how this all plays out, shall we?