A U.S. airline has fired back at rapper Iggy Azalea after she claimed they left her and her one-year-old son “stranded” at the airport.

ICYMI: Iggy took to Twitter to put American Air on blast, claiming they sold her seats on a flight from Miami to Los Angeles while the gate was “still open”.

She tweeted the spicy DMs she had sent to the airline, adding: “I wanted to tell any families booking travel be careful flying with young kids on @AmericanAir.

“I was flying with my son & they sold our seats while the gate was still open then refused to take our bags off the plane although every other flight was sold out for that night.” 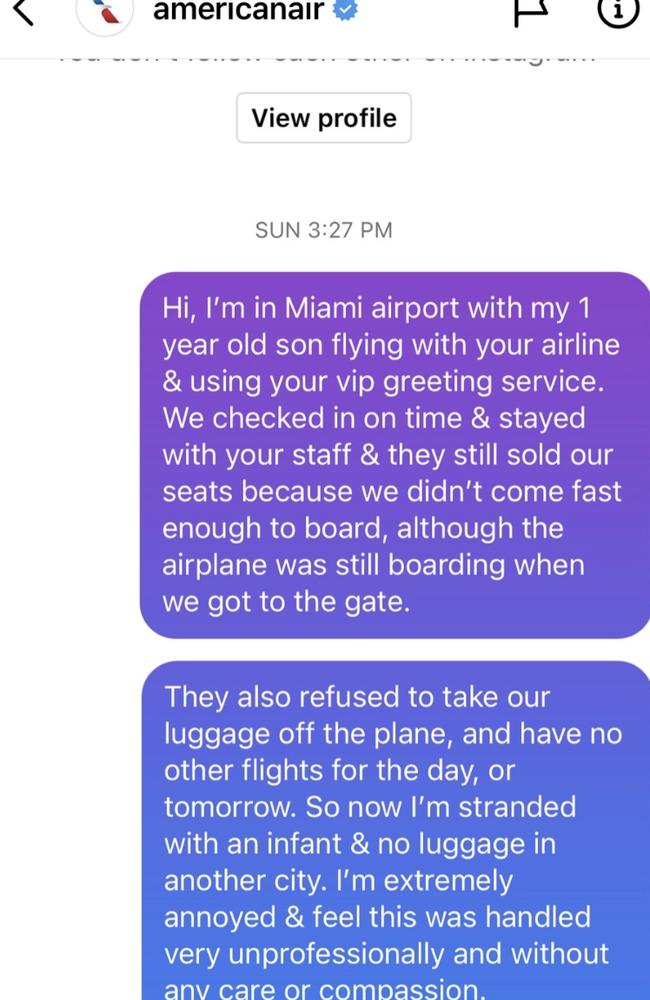 She added, “I explained why stranding me is one thing but taking a babies luggage is pretty shit. There’s stuff he really needs. They do not care. Lucky I booked a different airline but the average person would’ve been ass out and fucked i so just wanted to warn other mums … Be careful!”

A source who allegedly works for the airline has since responded to Iggy’s claims, telling TMZ that the rapper arrived at the airport just half an hour before the plane was scheduled to take off, and a member of her crew was held up during security checks.

“Boarding ended 15 minutes before departure, which left Iggy and co. only 15 minutes to check baggage, get through security, and get to the gate. And, when she finally reached the gate, the door had already closed,” the source told the publication.

In her previous posts, Iggy insisted the flight was still boarding when she arrived at the gate, as she shared her private message to the airline which was met with no response.

“We checked in on time & stayed with your staff & they sold our seats because we didn’t come fast enough to board. So now I’m stranded with an infant and no luggage in another city.”

The airline later responded to the tweet, stating that they would investigate the situation, to which Azalea wrote:

No need to dig into anything 😹
Me & other families have shared our apparently VERY common experiences of your airline selling kids seats after check in, leaving families stranded, refusing to give back luggage etc. just peep the thread – it’s very on brand for you apparently! 🤷‍♀️ https://t.co/8gGGNaG0Ca

She concluded by saying Delta Airlines was the “superior choice” for flying, before telling her followers she eventually made it home… at the bewitching hour of 3am.

“Anyway on the bright side I was SOOO proud of onyx guys. He was so good! We didn’t get home til 3am after all that … he didn’t cry once! Ughhh I’m so lucky to be his mama! He makes any bad day good, I just love my baby so damn muuuuch,” she wrote.