Lincoln Lewis, Bec Hewitt, Ada Nicodemou and Luke Jacobz reunited on the set of beloved soapie Home And Away, and aren’t they awfully dressed up for people hanging out in a cafe.

The group weren’t reuniting at Palm Beach, the setting for Summer Bay, but at Channel Seven’s studios in Redfern, where production films scenes inside the iconic Diner.

Lincoln shared the footage to his Instagram, noting that it’s been a few years since he last set foot on set. “I’ve seen a few familiar faces,” he added.

“Oh my God, hello fam!” he exclaimed, filming Bec and Ada behind the counter, and Luke leaning on the coffee machine.

“H&A reunion!,” Lincoln captioned the video on Instagram, explaining the group were at Channel Seven to shoot a promo for the upcoming season of Dancing With The Stars.

“I thought that it’s been a few years since I’ve been in the Home & Away diner and I should go have a cheeky visit… Geoff walking in and bumping into Hayley, Leah & Angelo was just the day maker I needed!!,” he wrote.

READ MORE
I Just Remembered That Time Kath & Kel Did 'Dancing With The Stars', What A Holiday Treat

Lincoln, Ada, Bec and Luke have been cast in the “All-Stars” season of Dancing With The Stars, alongside the likes of Schapelle Corby and Matty J (neither of whom has previously starred on DWTS). Bec won the very first season of the show, and Ada and Luke also took out their respective seasons of the show. Lincoln came fifth in 2009.

Ada Nicodemou shared a couple shots of the gang back together in The Diner to her Stories, including one featuring another DWTS alumni Kyly Clarke. 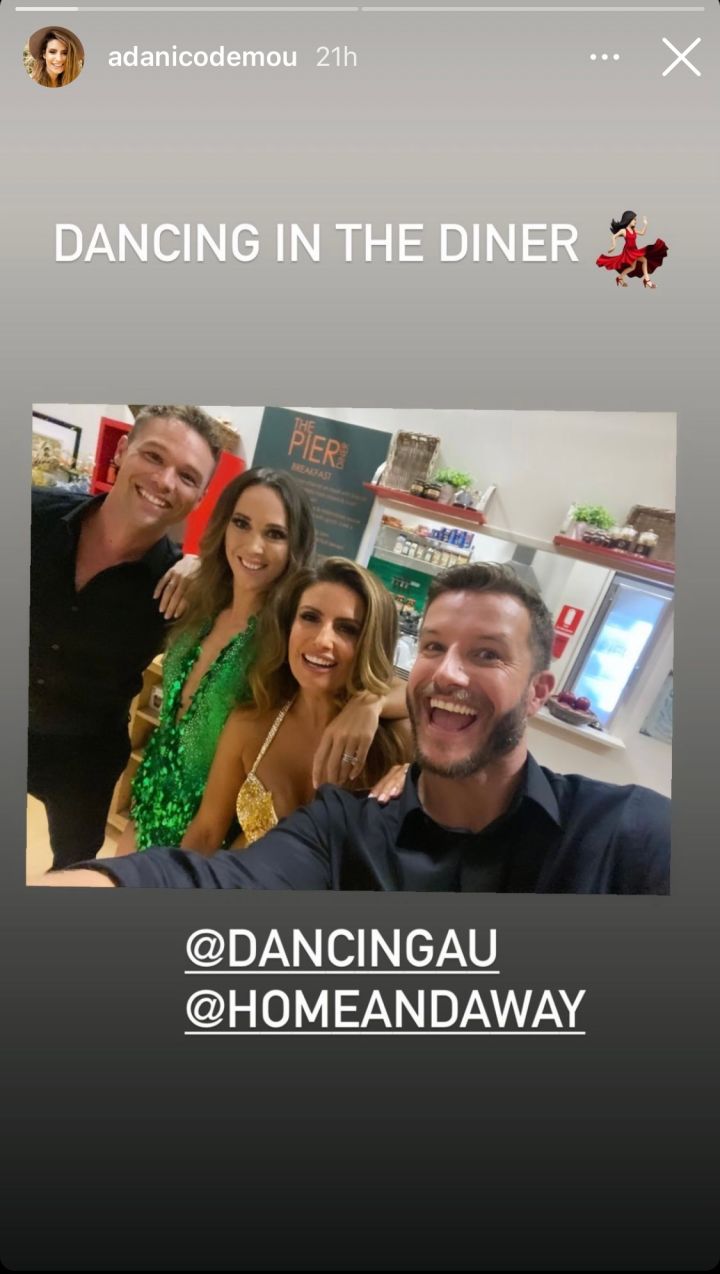 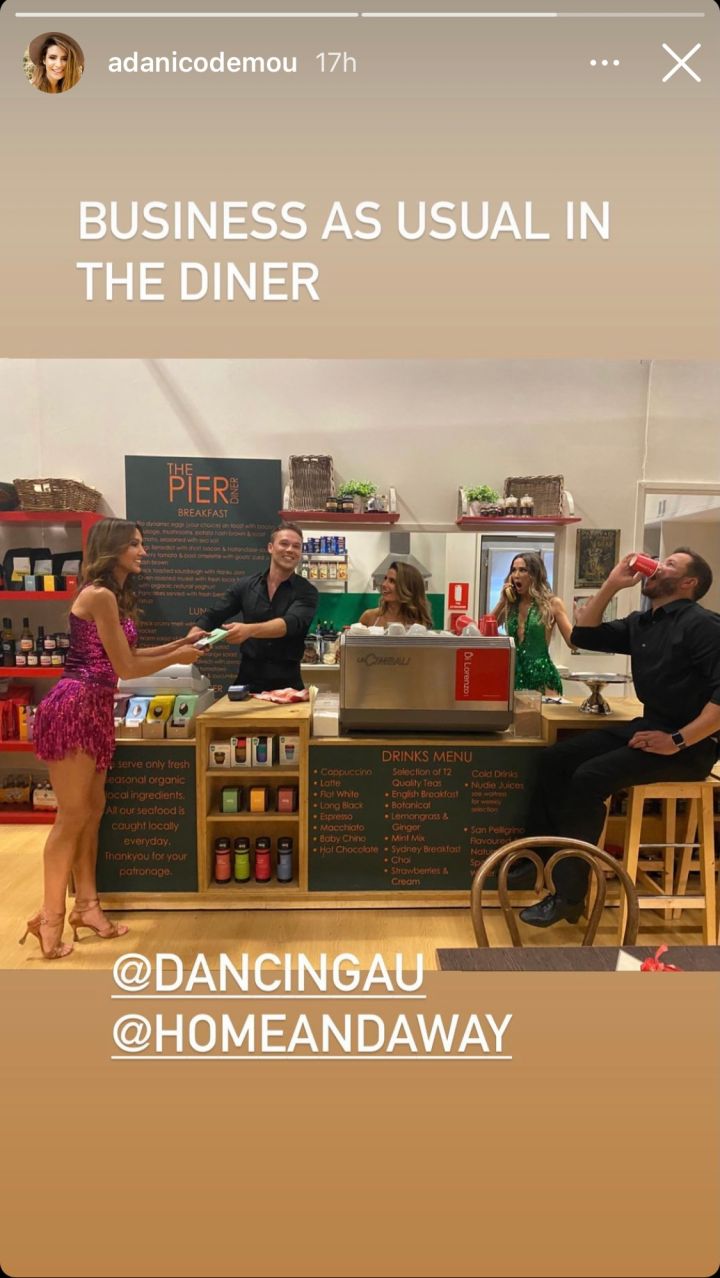 Ada is one of Home And Away‘s longest-serving actors, having starred as Leah Poulos since 2000. Yes. She is still on that show you stopped watching as a pre-teen. She’s STILL TRAPPED ON THERE. Without even a Logie win for comfort.

Lincoln left Home And Away in 2010, after three years as Geoff Campbell. Yeah, the role won him a Logie, Australia’s highest honour. Since then, he’s starred in Tomorrow, When The War Began, Neighbours and House Husbands.

Also a Logie winner, Bec left Home And Away back in 2005, seven years after she first took on the role of Hayley Smith. She hasn’t returned to acting since, instead focusing on her three children with husband Lleyton Hewitt.

Luke lastly appeared on the show as Angelo Rosetta from 2008 to 2011, and then again for part of 2020. He went on to hosting gigs on The X Factor and the short-lived dating show The Proposal.

That all goes to say that Ada has shared the screen with the other three on Home And Away, but neither Luke nor Lincoln crossed paths with Bec in Summer Bay.

That doesn’t matter though. You know they belong together, forever and ever…