I Just Remembered That Time Kath & Kel Did ‘Dancing With The Stars’, What A Holiday Treat

So the other day in one of my many, many food comas, I was browsing my Facebook feed and came across this mash-up video of Kath Day-Knight and Kel Knight’s performance on Dancing With The Stars.

It’s from an entire Facebook page dedicated to putting the iconic moment Kath & Kel hit the Dancing With The Stars d-floor to various tunes, but mainly made me nostalgic for the original video – which I found.

Bit of a back story – Kath & Kel weren’t competitors on the show, which makes sense given it’s always one celeb and one professional dance partner. Wouldn’t have been fair to pit the two most professional dancers here against all those galumphy celebs now, would it?

The dance was a triple threat of Footloose, then some version of the Paso Doble I think, and then fantastically a sort of freestyle to ‘Flaunt It’, a song I’d also entirely forgotten about.

The absolute best moment comes in the first 30 seconds, when Kath whips her skirt up to flash her knickers to the judges: 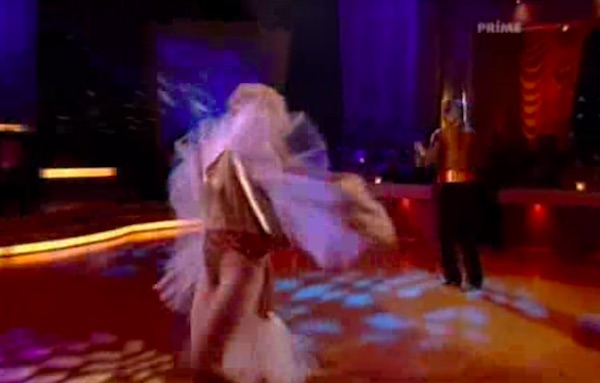 But the whole thing is great and worth a watch – including the judges comments, during which Jane Turner, who plays Kath Day-Knight, claps back at Helen Richey by whispering to Kel “she’s using hooomour, it’s not working”. LOLOLOL.