We’re goin’ back to school, mates, ‘cos Netflix has commissioned a remake of iconic Australian teen drama series, Heartbreak High.

It comes after all seven seasons of the original Heartbreak High landed on Netflix last week and subsequently cracked the streaming giant’s top 30 list of most-watched programs – both in Australia and in the Netherlands. Meanwhile in Serbia, it has already entered the top 10. 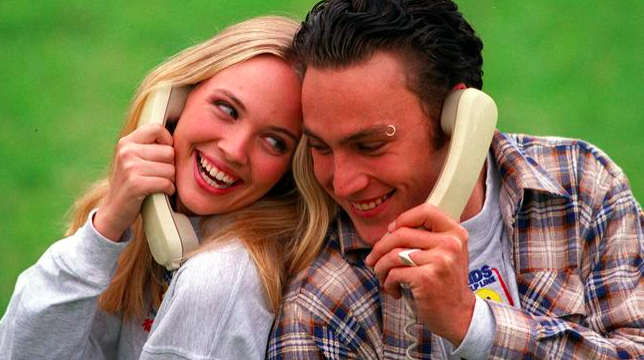 Now, the streaming giant has commissioned eight new episodes of the series to be filmed in NSW and debut in 2022.

Netflix ANZ’s official Twitter page was the first to announce the exciting news:

Netflix has commissioned a reboot of the much-loved Australian young adult series #HeartbreakHigh. Inspired by the original ‘90s series, but totally reimagined for a new generation, Heartbreak High will make its global debut on Netflix in 2022.

Netflix has commissioned a reboot of the much-loved Australian young adult series #HeartbreakHigh. Inspired by the original ‘90s series, but totally reimagined for a new generation, Heartbreak High will make its global debut on Netflix in 2022. pic.twitter.com/DxeoxTqZek

Netflix director of originals in Australia Que Minh Luu said in a statement: “We haven’t had rebellious Australian YA series on screen since the original Heartbreak High, so this is well overdue.”

I’m detecting a touch of shade there aimed at Home & Away and Neighbours… anyone else?

“The new Heartbreak High is for young people in Australia today to feel seen – showcasing their stories, senses of humour and aesthetics to the world, and reminding everyone that they are much, much cooler than us,” she said.

“It’s also for the 90s kids, fans of the original series who remember what it’s like to feel understood by a TV show, then racking off.

“This Netflix show will be ours, and we can’t wait to get started.”

Speaking to the Sydney Morning Herald, Luu said “it’s not going to be a facsimile of the original.

“We want to give this new generation their own version. Australian teens haven’t had their stories told in this way for a long time.”

She said she wants the show to be “unwholesome and rebellious” like the original, but with modern day energy.

“Heartbreak High landed on the scene in a way that was provocative, aggressive and loud,” she says. “But the qualities that made it so groundbreaking in the 90s are almost par for the course now. That’s not to say there aren’t universal stories and journeys that teenagers go through but the way they play out [in the new season] might be a little different.”