No need to wonder how Kim Kardashian feels about her ex-husband Kanye West getting hitched to 27-year-old Aussie architect Bianca Censori because a sneaky insider just spilled the tea.

Speaking to Page Six, the source claimed that Kimmy has “long despised” Bianca, who works for Ye’s brand Yeezy.

“Kim hates her,” said an insider.

Apparently it’s a widely known fact at Yeezy HQ that the reality star wasn’t a fan of the architect and suspected there may have been something going on between her and Ye long before the shocking nuptials.

She recently made her feelings clear in a since-deleted set of Instagram Stories.

According to Glamour, Kim posted the initial Story on Thursday evening (Friday, per Australian timezones).

It was swiftly deleted but reportedly read “I’m in my quiet girl era, I don’t have much to say. Just much to do”.

Crikey. Kim really knows how to pen a mysterious statement.

She should host a true crime podcast! Oh, wait…

That story was followed up by two more.

The second read “Just remember, the black sheep usually turns into the goat. Keep doing you”.

A third stated “People who want to see you win, will help you win. Remember that”. 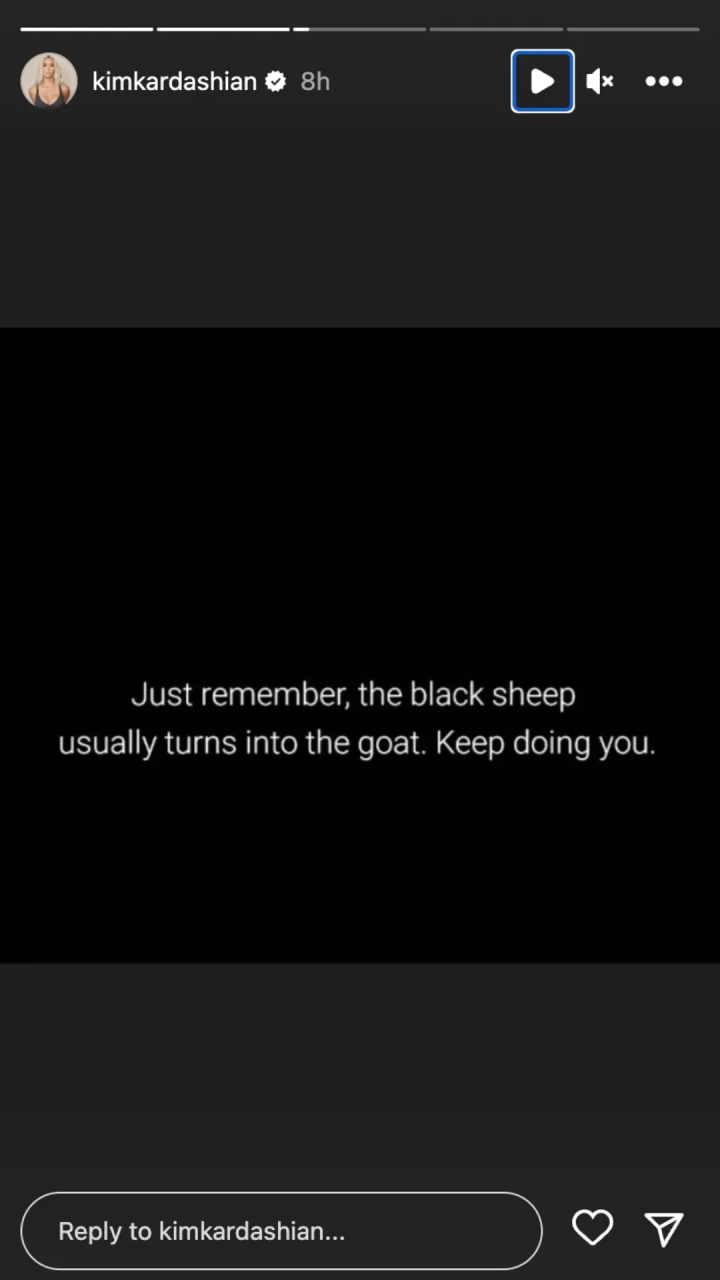 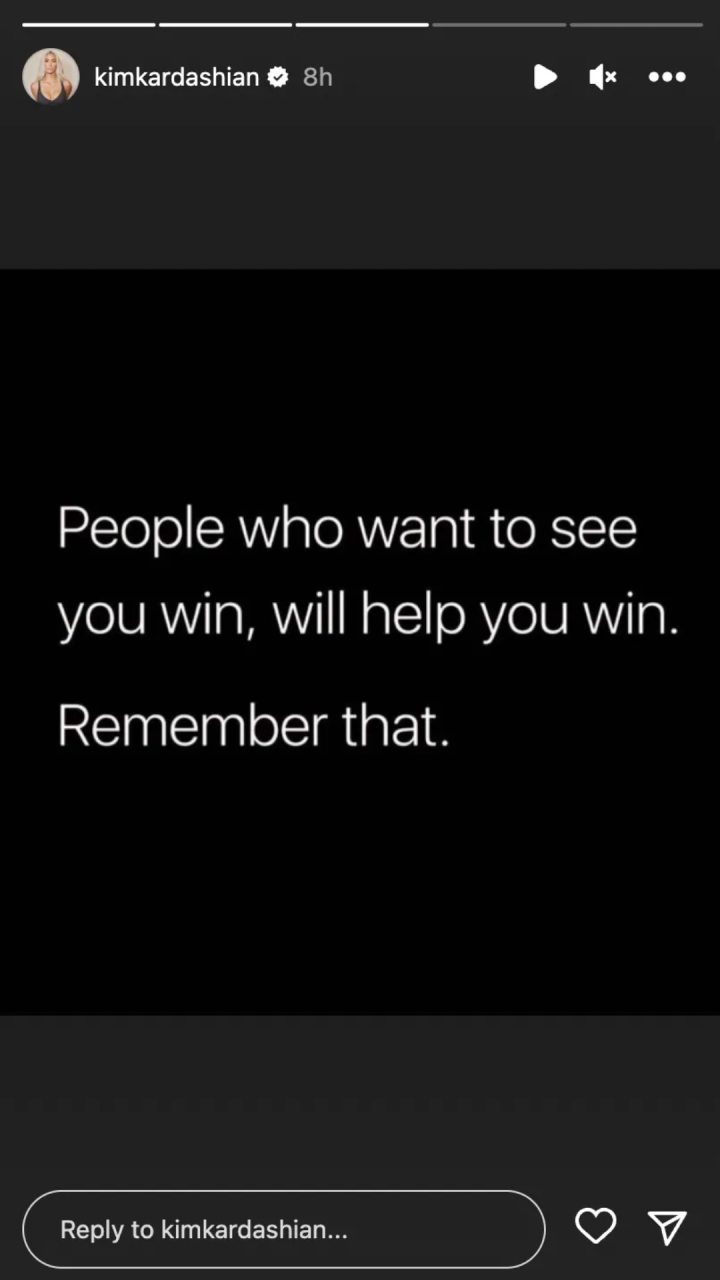 The keen-eyed readers among us will note that yes, it is true the first of these Stories was posted before TMZ broke the “marriage” news.

However, I think we can hazard a pretty safe guess that someone gave Kim the heads-up ahead of the Hollywood media.

In such a timeline, these Insta Stories were essentially Kim’s first public response to the news, we just didn’t know it yet.

Only time will tell if Kim is truly in her “quiet girl era” as we learn more about Kanye’s new alleged marriage.

For context, Kanye West reportedly married an Australian woman who attended both high school and university in Melbourne. It is truly a frighteningly small world out there.

Bianca Censori is 27 years old and is the current architectural designer for Ye’s brand Yeezy.

According to TMZ, the two held a ceremony in secret but haven’t filed the legal paperwork to officially become married.

They were seen wearing rings in Beverly Hills following the ceremony per Page Six.

READ MORE
Kanye’s Subreddit, Much Like My Spotify Wrapped, Is Entirely A Taylor Swift Haven Now

So, who is Bianca Censori and how did she supposedly become married to Kanye West?

According to public info on her LinkedIn profile, Censori has worked as an Architectural Designer at Yeezy for over two years. Prior to that, she was a student architect at Melbourne-based firm DP Toscano Architects for a total of three years.

During her university years Censori completed a bachelor’s and a master’s in architecture at The University of Melbourne.

Going back even further, she attended Carey Baptist Grammar School in the leafy Melbourne suburb of Kew.

The Aussie’s supposed marriage to the rapper-turned-complete fuck-head has sent the Hollywood media bubble into an absolute frenzy.

Since the alleged news broke, nearly every big American publication has done a deep-dive into her backstory including Vanity Fair, the LA Times, Cosmopolitan, and Forbes.

Many of these “so, who is she?” style pieces mention her education as well her home city of Melbourne numerous times. As an Aussie reading it from the outside looking in, it’s an extremely jarring experience, especially considering Kanye’s recent antics.

In December, Ye released a song titled “Censori Overload (Someday We’ll All Be Free)” which is thought to be inspired by the architect.

Censori is yet to publicly comment on her relationship with the rapper.

Ye officially became divorced from ex-wife Kim Kardashian in November of 2022 after a drawn-out process that lasted almost two years.