Apple Is Launching 66 New Emojis, Including Everything From The Trans Flag To A Fat Cockroach

Bubble tea, cockroaches, boomerangs, the transgender flag, a dodo bird and a feather. What do all these things have in common? No, they aren’t items currently in my backpack, they’re the new emojis coming to Apple, as seen in the new iOS 14.2 beta 2.

Today, Apple developers dropped the new iOS beta, ‘iOS 14.2 beta 2’, and inside it were a bevy of new emojis (66 to be exact) to choose from.

This basically means that in the coming weeks, we will be able to send ladder emojis to our friends, just as we’ve always dreamed of doing.

Apple previewed its 2020 range of emojis back in July, but now it looks like the company didn’t quite show us everything coming our way in the brand new update.

Feast your eyes on the emoji glory, with brand new emoticons such as a woman in a tuxedo, a man in a wedding dress, and a trans flag. We love to see it. 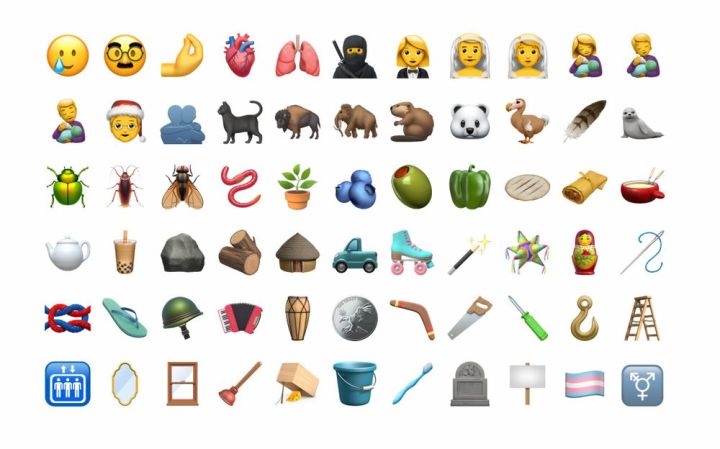 Also included in the range is an emoji titled ‘Mx Claus’, which is a gender-neutral alternative option to the Santa Claus and Mrs Claus emojis.

There is now a thong emoji, which I’m sure is going to make a lot of Aussies out there very happy indeed.

Apple has also added a ‘People Hugging’ emoji devoid of skin tone and their usual yellow-human design. This emoji is also released with the intention to be gender-neutral and all-inclusive. Apple out here showing out for the community, it’s truly brilliant.

theres a transgender flag!! we love to see it https://t.co/3a1wEBeOfo

In addition to the ‘Breastfeeding’ emojis, Apple is also adding a bottle-feed emoji, including a gender-neutral person option alongside the male and female emoticons.

This brand new iOS 14.2 beta 2 however is only up for testing at the moment, as most betas are. Judging by past emoji rollouts, it is very likely that this iOS update will be reaching our phones sometime in October 2020.

Naturally, these images are subject to change from now until then.

Feel free to send me the Italian wrist emoji, my ancestors would very much appreciate it.