G’DAY! Chuffed to report I’ve made one of those bootleg Macca’s apple pies using a Kmart sausage roll maker. Alternate headline: “30 minutes to a warm heart and a full tum tum”. It really worked, guys – this isn’t one of those hacks on the internet that seem too good to be true. It worked, it bloody worked.

This particular food hack was born in a Perth kitchen earlier this month and promptly shared in the Kmart Pie Makers, Tips and Ideas Australia Facebook group. And then it went a tad viral for how simple it is to make. Nothing in life is supposed to be this easy and good, but here we are.

The sausage roll maker itself has birthed many hacks, including the not at all chaotic Mars Bars-stuffed pastries. How one even comes up with this content is beyond me, but who am I to question perfection. So when Kmart sent us one of their sausage roll makers, it only made sense to give the bootleg Macca’s apple pie a go.

Things you will need

So pretty much, I just chopped some granny smith apples into small chunks and popped them in a pot with some brown sugar. Gave it a stir until it softened up a tad and then I added a bit (two tablespoons) of flour to make it all gooey, a dash of cinnamon, and a squeeze of lemon juice.  I literally just Googled “apple pie mix”, read the gist, and went with the flow. This ain’t MasterChef. Oh, and I sprinkled some sultanas into the mix as well because I love sultanas so much. Et viola, apple pie mix! Took maybe 10 to 15 minutes all up.

Once you’ve done that, shovel in the good stuff. I 14/10 recommend putting in as much as you can… so long as the filling doesn’t topple over. I put in the maximum amount I could and nothing blew up.

Put a tad more than this, I reckon. 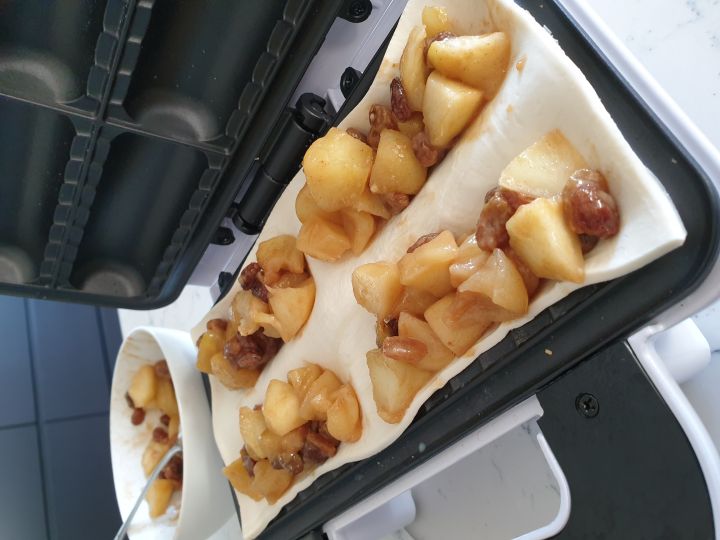 Hmm, I reckon I’ll cut my apples a bit smaller next time. Anyway, after you’ve done that take the other half of the puff pastry sheet and cover your pies. You can press down on the edges if you want, the lid will do that for you either way.

The manual says to cook your sausage rolls (bootleg apple pies) for 12 minutes, so I did. But I forgot to factor in my pastry sheets coming straight out of the fridge so my cooking time ended up being 17 minutes.

But hot damn, we got there. 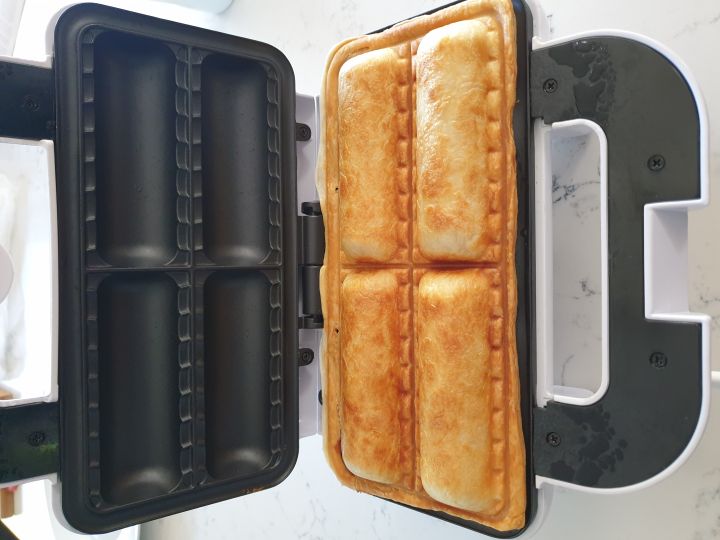 Next step: remove apple pie from sausage roll maker and immediately ruin it. 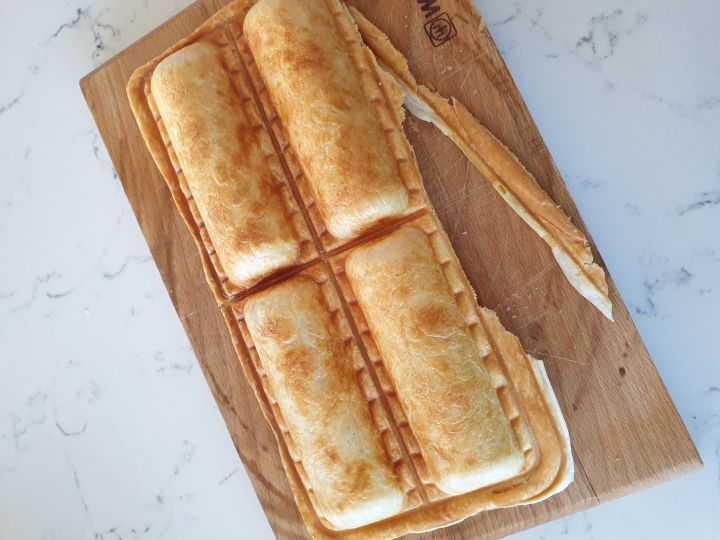 Next step: try and be an influencer and forget you have shit in the background 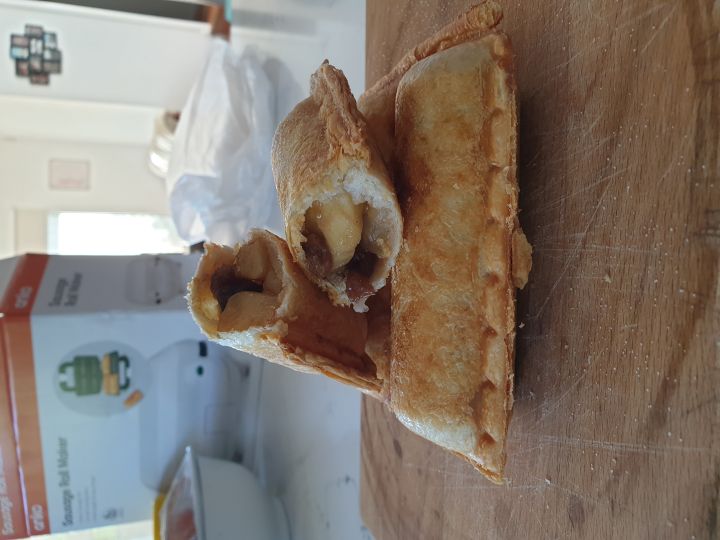 Oh yeah, I sprinkled some caster sugar on top ‘cos I didn’t have any icing sugar.

Step something-something else: shove three bootleg Macca’s apple pies down your food chute and chortle heartily at how good the little buggers turned out. God bless the woman who came up with this hack. Thank you, Kmart Mum. Thank you.