It’s here. The Aunty Donna boys finally have their own Domino’s Pizza deal and the discount is… pretty much zilch.

That’s right, by entering the code “AUNTYDONNA” at the Domino’s checkout, you’ll get two large pizzas, a 1.25 L bottle of soft drink and garlic bread, all for $31.95, which is more or less the same as the usual menu price.

That’s unless you opt for the cheap shit, in which case the meal deal is actually a teeny bit more exxy than the usual price.

Note that endorsement from Mr Moustache Man is pending, but let’s not let that get in the way of a good old giggle.

To be fair, it is technically possible to save a few bucks with this discount if you choose the most expensive large pizzas from the traditional range.

But let’s take a look at a mid-range pizza combo, shall we? 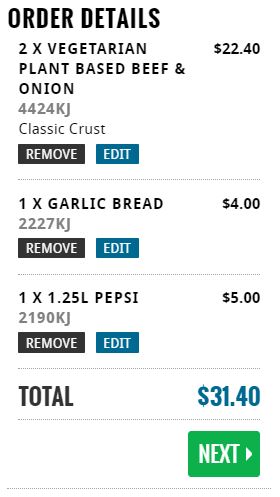 And here’s what the computer spits out when you enter the discount code on the aforementioned order, which I must stress is by no means the cheapest possible combo of two large pizzas covered by the deal: 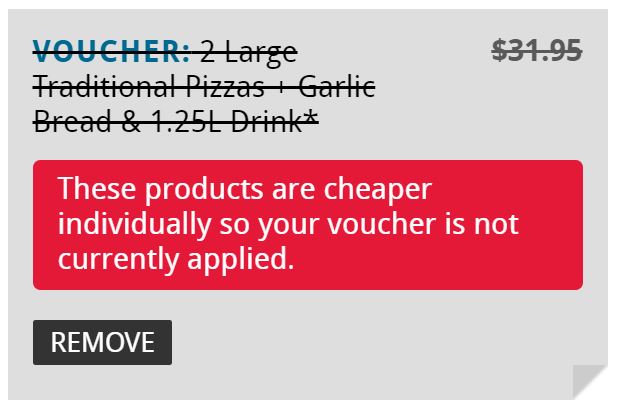 Instead of having a hearty chuckle to themselves, some people on Facebook tried to call out Domino’s for supposedly pulling the wool over our collective eyes. 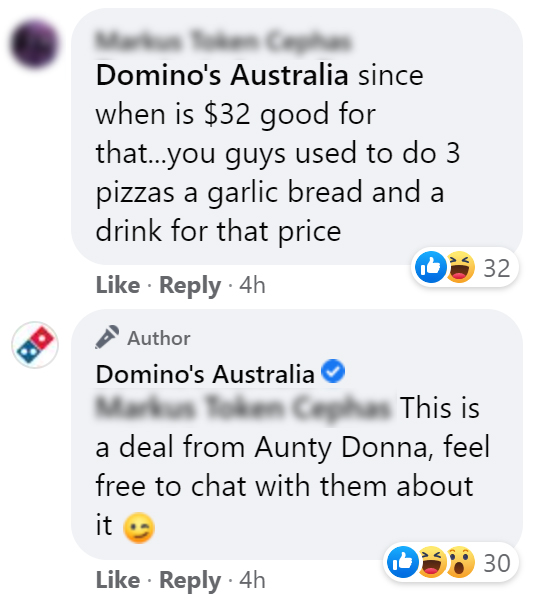 Then there were others who used the opportunity to flex their vast knowledge of Aunty Donna lore. 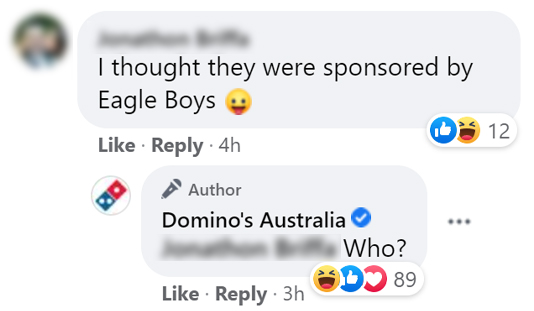 If you still need your fix of the ongoing Aunty Donna/Domino’s Pizza crossover and have a spare 20 minutes, why not watch this chronicle from 2018 in which the boys meet pizzeria bigwig Mr Don Meiji himself.

These rascals sure do have our backs. Now let us celebrate with a delicious slice of Domino’s™ pizza. Thank’s.