Just An FYI, You Can Rent Marianne’s Holiday House From ‘Normal People’ For $66 On Airbnb

If you want to live out your Normal People dreams post-iso, you can rent the stunning Italian villa from the hit series on Airbnb for as little as $66 per night.

Situated amongst the picturesque hills of Sant’Oreste (about an hour north of Rome by car), the Il Casale Tenuta di Verzano, lets you bask in the glory of traditional Italian architecture while admiring the view from the swimming pool.

If it looks familiar, thats because it was the filming location for the hit new series Normal People.

For roughly $66 per night, you can literally live Marianne’s Italian vacation dreams in Il Casale Tenuta di Verzano. Sure, you won’t get the whole property to yourself, but your self-contained apartment comes with access to the Insta-worthy swimming pool and grounds.

Marianne and her boyfriend Jamie holiday at the villa with their friends in episode eight of the wildly successful new series. And now you can too.

“Tenuta di Verzano is an old farmhouse with a pristine charm, immersed in the Roman countryside and has belonged to the same family for over 150 years,” the Airbnb description reads.

“It enjoys an incomparable view, with well-kept grounds and a splendid swimming pool.”

The two-bedroom self-contained apartment sleeps up to six guests, with a private kitchen and bathroom. So… did somebody say girls trip? 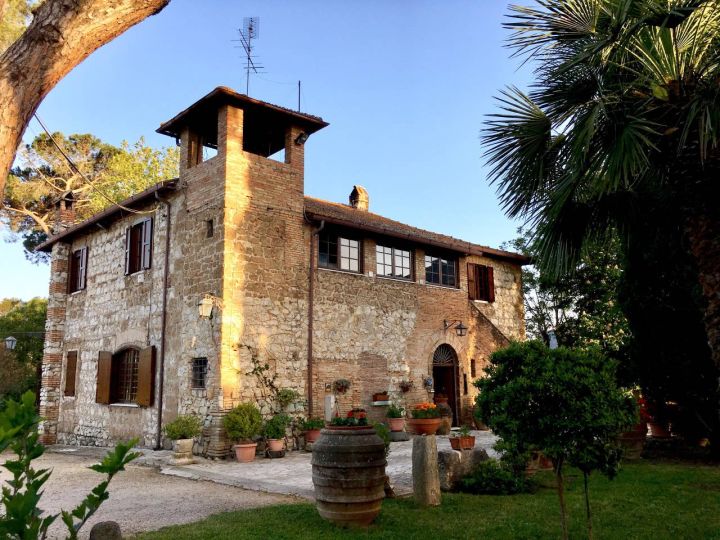 If that wasn’t enough to entice you, reviews also claim that the host and her family live right next door and will deliver you freshly brewed coffee while you read by the pool. Honestly, does it get any better than that?

“Giada’s (the host) family gave me plenty of space and made wonderful coffee if i happened to be outside reading. Highly recommended if you want a quiet break away,” a review from 2018 read.

The villa was also reportedly featured in Eat, Pray, Love, according to Harper’s Bazaar. So why not live your Julia Roberts dreams in Italy when the pandemic is finally over?

You can’t live your Italian villa dreams just yet, but you can binge-watch Normal People on Stan right now and live vicariously through Marianne’s holiday.