Look, we all know someone that’s just a little too keen on Star Wars, and if it’s not one of your friends, then it’s probably you. But are you obsessed enough to want to stay in a house that’s been entirely fit-out to look like different planets and scenes from the entire Star Wars catalogue? Well I have some very good news for you, my alien friend because it’s real, it exists, and it’s available to book on Airbnb.

The huge villa has nine (9) bedrooms and apparently sleeps over 16 – which is just about enough people to overthrow the Galactic Empire by hitting a very specific point in its biggest ship. It’s got rooms ranging from the swampy jungles of Dagobah to the desolate ice caves of Zeffo, and it’s a tight 20mins away from Disney World in Florida.

Looking at the main, communal spaces of the Twelve Parsecs villa (of course that’s its name), it looks like a pretty standard fan’s house. Right? Nothing too worrying, a few pieces of memorabilia around the traps. Maybe what my brother’s house would look like if you gave him a blank canvas when he was 14. 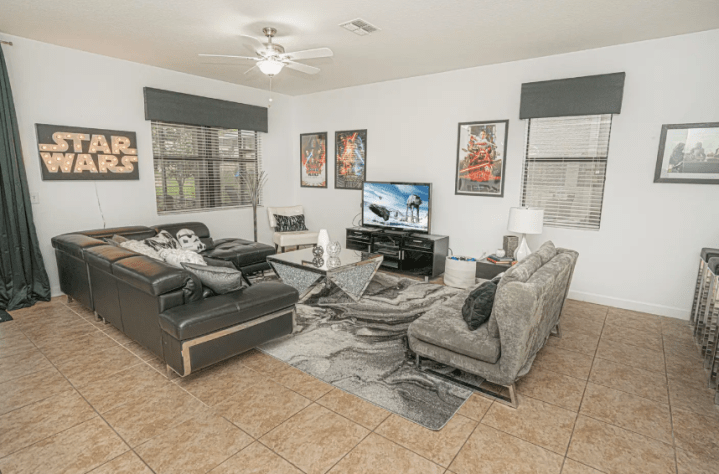 Some adorable little appliances that are shaped like Star Wars things. Like this Death Star toaster. Very cute! 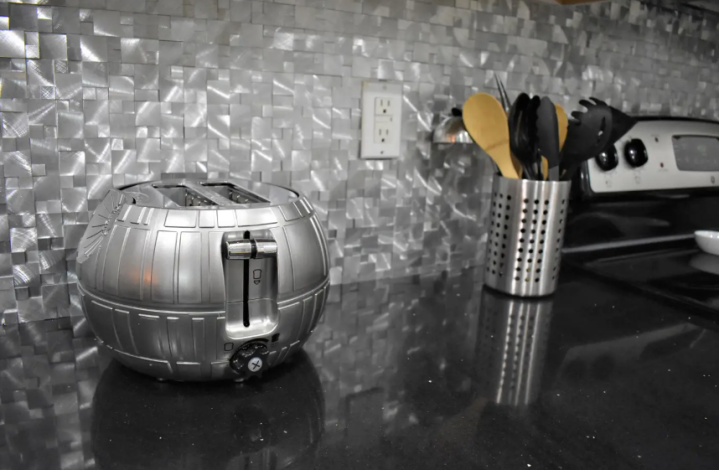 It’s not until you hit the bedrooms dow everything ramp-up to lightspeed.

Seriously just, look at this. 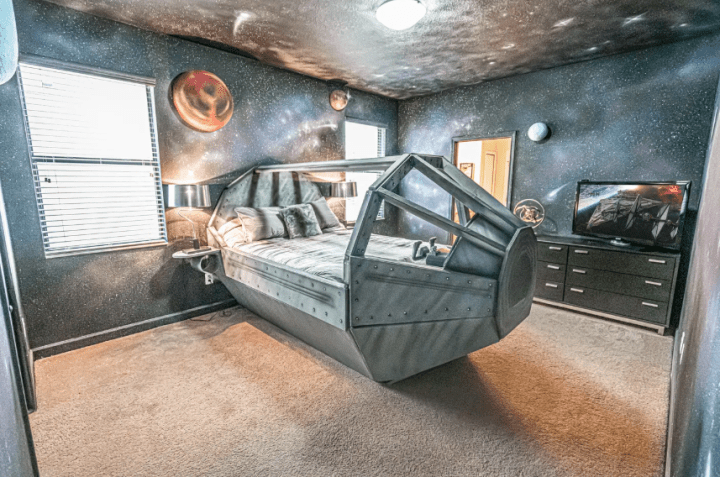 That’s a master bedroom. Imagine bringing someone home after you’ve been out on the turps at the Mos Eisley cantina and opening the bedroom door to the fucken cockpit of the Millennium Falcon. They’d either lose their mind or lose their shit laughing. Absolutely no in-between there.

If you’re keen to snooze under the twin sunset of Tatooine, you’re in luck. Because here’s a bedroom fit for a young Skywalker or two. 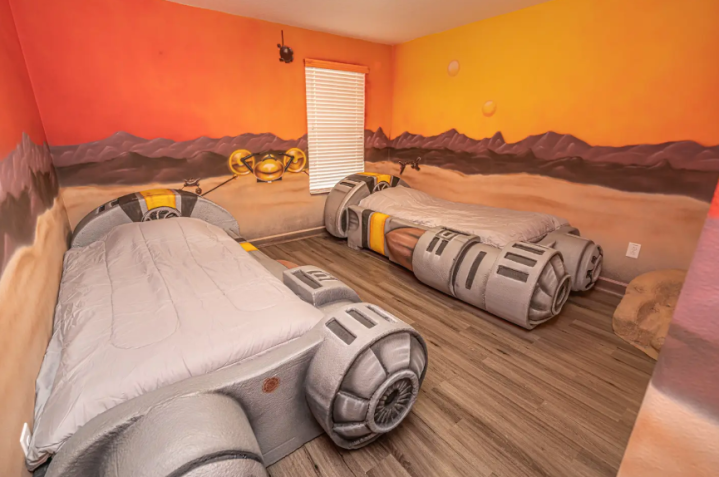 Now that’s what I call podracing.

Or maybe you’re more into sleeping in Cloud City, high in the sky above Bespin. Look you get some fancy lighting under your bed and also Han Solo set in carbonite on the floor. 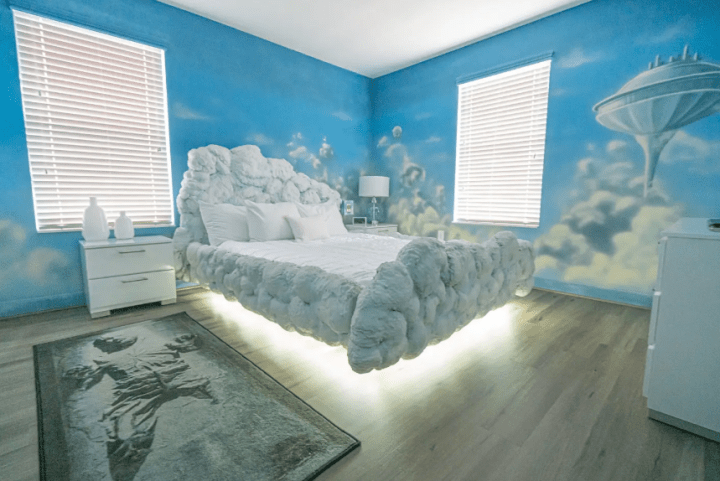 If you really wanna wrangle together a rag-tag gang of Rebel Alliance types and rent out this absolute pearler of a Star Wars Airbnb, it’s fully up for listing now. I mean it’ll only set you back a measly $900 a night, but split that by 16 and you’re paying like $50 each a night. That’s do-able. That gives you enough cash to chuck enough petrol in the ship for another Kessel Run, I reckon.